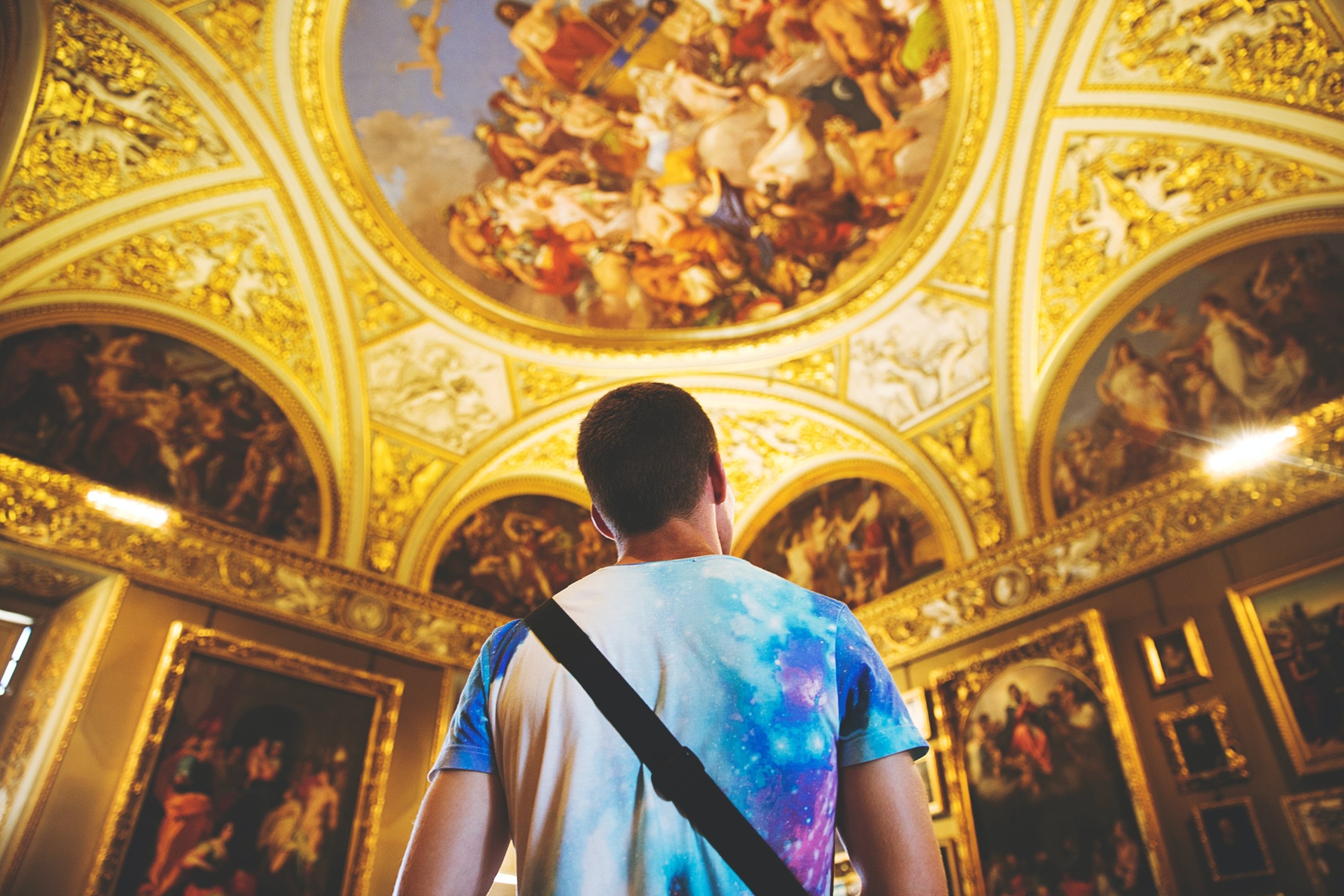 By Sam Smith and Ken Cleaver

What is the relationship between church history and general history? This is a question that arises from time to time both in the church and the academy. It is an especially important question for Evangelical Christians. The differences and similarities reveal how both disciplines play unique and vital roles in engaging students and the larger culture.

Church History is a specialization within general history — like military history, art history, political history, etc. It is similar to researching one’s own family history. The church historian is primarily concerned with one slice of the historical pie — explaining what makes our Christian family think and live the way we do. As Christians ourselves, we often look for evidence of our own faith in other historical contexts and weave a narrative together that best explains our theological and religious perspectives. Yet we often are so focused on our own segment of society that we develop merely an apologetic agenda in our historical research and writing. We thus are in danger of developing a somewhat myopic approach to church history and history in general. Eusebius’s fourth century work, Church History, is an early example of this. It had two agendas. It was first of all an earnest attempt to explain four centuries of Christian history, but it also was an apologetic work to substantiate the faith of Constantine, the first Christian Roman Emperor. Even though the broader discipline no longer stresses Eusebius’s overtly apologetic function, it nevertheless uniquely and often favorably highlights the role Christianity has played in history.

General history, on the other hand, tends to develop a more broadly-based, synthetic understanding of history. The general historian, even one specializing in religious history, is less denominationally or missionally focused and works more from questions of political, economic, military, and social settings. General historians have agendas as well, but success is measured more by the ability to draw from a broad array of perspectives and weave the various themes (theology and religion among them) to explain the whole story. Despite these differences, the general historian and church historian have much to contribute to one another.

Two examples illustrate the complementary roles of general and church history. Nineteenth century church historian Philip Schaff wrote that “it is not the business of the historian to construct a history from preconceived notions and to adjust it to his own liking, but to reproduce it from the best evidence and to let it speak for itself.”1 Yet, he also noted of his mentor at the University of Berlin, August Neander that “the most enduring merit of Neander’s church history consists in the vital union of the two elements of science and Christian piety.”2 Twentieth century historian of China and of world Christianity, Kenneth Scott Latourette, serves as a similar example. He held simultaneous positions in Yale’s history department and divinity school. His most celebrated work is his four volume study of Christianity’s expansion.3 His careful attention to historical context — politics, economics, etc. — behind Christianity’s remarkable growth speaks to his rigorous historical method. Nevertheless, he argued that central to understanding the church’s expansion was not simply these “externally congenial circumstances” of historical context, but the “inward vitality, something in the nature of the religion or sect which commands such enthusiastic devotion….”4 Clearly, neither Schaff nor Latourette saw empirical investigation coupled with spiritual presuppositions as antithetical to accurate history.

An investigation of the Reformation that focuses on the theological or spiritual side at the expense of the larger historical context will be less authentic and meaningful. For example, to confine Luther’s disgust with the selling of indulgences as spiritually motivated apart from the economic hardships associated with them would be to de-contextualize the story. Luther wrote in 1520, “I believe that Germany now gives much more to the pope at Rome than it gave in former times to the emperors. Indeed, some estimate that every year more than three hundred thousand gulden find their way from Germany to Rome, quite uselessly and fruitlessly; we get nothing for it but scorn and contempt. And yet we wonder that princes, nobles, cities, endowments, land and people are impoverished!” And, Luther added, “We should rather wonder that we still have anything to eat!”7 Luther’s words may sound hyperbolic, until one realizes that within two years of writing this the Roman Catholic Church would control close to half of Germany’s wealth!8 Both spiritual abstractions and empirical realities work in tandem to produce greater truth.

Cultural Engagement from the Disciplines

Given the differences between the church historian and the general historian — assuming both are believers — their respective tasks for effective engagement with culture merge under a basic methodology. How might the general or church historian engage culture effectively? We suggest the following principles as starting points.

1. Biblical truth is the first principle. The ultimate historian is God Himself, and the Bible is His Word. It is a supremely reliable source of truth for all contexts of life, and it should guide our approach to empirical evidence. Human behavior can often, but not only, be explained by the biblical themes of humanity’s separation from, and reconciliation to, God.

2. Every story has a context. Before a valid interpretation of available data can take place, context or background must be established. History, neither in whole or in part, takes place in a vacuum. Imagine taking a selfie in front of a blank wall and sending it to your friends. They will have no context from which to discern where you are, what time it was, or if you are alone or with others. However, if you take a selfie in front of the Eiffel Tower on a sunny day with people mulling in the background, your friends will be able to deduce multiple facts and meanings from the context alone.

3. Remain grounded in the evidence. Research broadly, and lay out the historical content as it is, not merely as you want it to be. To be sure, the all- important interpretive stage will follow, but before you can interpret, you must have the facts straight. It is surprising, sometimes alarming, to see how often historians (often Christian historians) dive into abstractions and interpretations before they have even established what actually happened.

4. Cautiously employ the subjective. All historical interpretation involves subjective decisions. Where there is a feast of data, the historian will have to prioritize which facts make the final edition of the lecture given or work written. Where there is a famine of data, the historian will have to decide how to explain the gaps that bear no (or little) historical evidence. The historian’s task is not a simple chronicling of the past. If that were so, we would simply read primary sources in chronological order. History is not just the past, it is the interpretation of the past.9

5. Cultivate empathy for those in the past. One of the most important lessons to learn from history is to understand those who are different. Differences include politics, social mores, religious convictions, etc. Empathy is not the same as sympathy. Whereas sympathy finds core elements of agreement, empathy may even strengthen disagreements, but increases one’s understanding as to why certain characters acted the way they did. Consider history as a foreign country. Unless historians seek to know and understand the larger habits of life surrounding the people of this foreign country under investigation, they will never reach a meaningful interpretation. This same principle applies to engaging modern culture. In fact, empathizing with those in the past can be an important step in engaging with modern culture since the same skill is necessary in bridging the gap with those who may or may not share the same civic virtues or faith commitments.

4. Quoted in William A. Speck, “Kenneth Latourette’s Vocation as Christian Historian,” in George Marsden and Frank Roberts, A Christian View of History, 129.

6. For an insightful, modern discussion of the state of the Reformation today, see Gregg Allison and Chris Castaldo, The Unfinished Reformation: What Unites and Divides Catholics and Protestants After 500 Years. Grand Rapids: Zondervan, 2016.

9. For example, the German language has two words for history: Historie (the event) and Geschicte (the interpretation of the event).