Home › Articles › The City of God and the City of Man 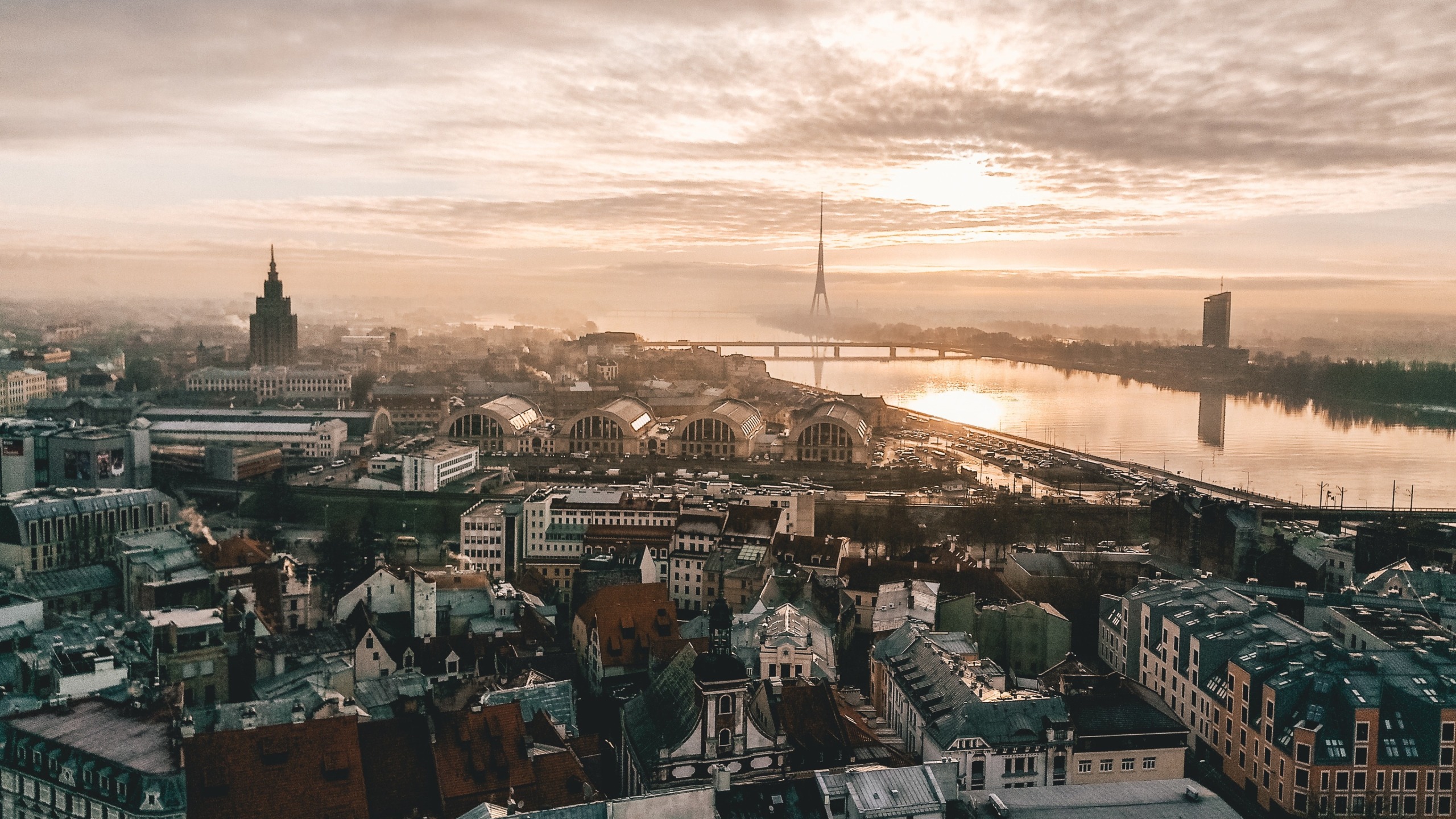 The unimaginable happened. It was dream crushing.

They had placed their hope in the grand wedding between the Empire and Christianity. This marriage of imperial power and a transcendent God captured the imaginations of those who imbibed the lure of its unlimited potential for peace, prosperity, and triumph. According to these enthusiasts, in this coupling of the Empire and Christianity, eternal virtue and justice were destined to overtake the world, bringing about God’s reign on earth. This was Christian nationalism at its highest levels of hope, enthusiasm, and triumphalism.

But when Rome fell, disappointment, fear, and confusion rushed in.

Jerome, the Christian translator of the Latin Vulgate, mourned the lost optimism of so many who had hoped in the merger between Christianity and Empire. He wrote, “When the brightest light of the world was extinguished, when the very head of the Roman Empire was severed, the entire world perished in a single city.” [1] He, and many other Christians, sobbed over the crushing disillusionment.

In his day, St. Augustine too had been swept up in the infectious and euphoric triumphalism that predated Rome’s fall. In one particular sermon, he celebrated Christianity’s victory in the Roman world. Once a persecuted religion, now Christianity reigned with imperial expansiveness and, according to Augustine, in fulfillment of scriptural prophecy:

The promises and prophecies of the Scriptures are being fulfilled, it is wonderful; let them sit up and note the marvelous things that are happening before their eyes, the whole human race streaming together. To honor the Crucified. Let the few who have so far remained aloof hear the strepitus mundi, the world’s roar acclaiming the victory of Christianity. [2]

Indeed, some remained aloof. Not all were caught up in the enthusiasm of the “world’s roar.” Some Christians were uneasy and opposed to the “Christians’ wholesale assimilation of pagan Roman culture and lifestyles.” [3] Further, many Roman traditionalists resisted the incursion of Christianity into Roman imperial domains. For them, continued Roman greatness depended on resurgent dominance of Roman religion and culture. This new religion threatened the sustained worldwide progress brought about through the expansion of the Empire. Roman-styled pluralism pushed back on Christianity.

Augustine’s hope in the merger between Christianity and the Empire dissipated in a few short years. Perhaps his enthusiasm cooled because Christian bishops had very little actual clout in everyday Roman affairs since “they had to reckon with a deeply entrenched tradition of resistance, often by officials who were still pagan in their allegiance.” [4] Ultimately, with the sack of Rome on Aug. 24, 410 AD, Augustine was compelled to reimagine more thoroughly Christianity’s relationship to government and society. His deeply reflective response was quite different than Jerome’s overreaction.

After the sack of the city, Roman traditionalists accused Christianity of causing Rome’s fall. Many probing questions about the relationship between Christianity and the Empire arose at the time, but the inquiry that occupied Augustine the most was sent to him in a letter, around 411 or 412, from a friend and an imperial official named Marcellinus. Marcellinus noted a very specific objection from an “illustrious lord” named Volusian. In Marcellinus’s own words, the following is Volusian’s objection to Christianity’s relevance and practicality in the public square:

Moreover, the preaching and teaching of Christ is in no way compatible with the practices of the state, since, as many say, it is clear that it is His commandment that we should repay no one with evil for evil, that we should offer the other cheek to one who strikes us, give our coat to one who insists on taking our cloak, and go twice the distance with someone who wants to force us to go with him. He states that all these are contrary to the practices of the state. [5]

For Volusian, Christianity just doesn’t work in the real world.

Augustine responded with a grand defense of Christianity in The City of God. It took him from 413 to 425 to write. He refers to it as “a massive work, and arduous” and regarded it as a promise kept and a payment of a debt to his friend Marcellinus, who was falsely accused and tragically executed in 413. [6] In writing The City of God for his beloved Marcellinus, Augustine asserted that he took up the primary “task of defending the most glorious city of God.” [7] In the preface to The City of God, he states his purpose clearly and succinctly: “I have undertaken to defend [the city of God] against those who prefer their own gods to its founder.” [8] As a secondary accomplishment of the book, Augustine sets out a way for Christians to inhabit public spaces.

In the book, Augustine contrasts two cities: the heavenly city and the earthly city. [9] The most significant difference in the two cities is discovered in what they love. Augustine writes, “Two loves have made the two cities. Love of self, even to the point of contempt for God, made the earthly city; and love of God, even to the point of contempt for self, made the heavenly city.” [10] These cities are what they love.

It may be tempting to believe that because the many institutions of life, such as civil governments, businesses, or families, deal with very temporal concerns, they are only part of the City of Man. However, this would be to misunderstand the distinction which Augustine is making. According to him, while all of these institutions inhabit the same saeculum, they do not necessarily belong to one city or the other. Rather, each institution can participate in either city, depending on the attitudes and orientations of its members, and the nature of its structures.

For instance, a government which seeks to dominate its population, stifle the church, amass fortunes for itself at the expense of its people, and orient itself inwardly, viewing man as the measure of all things, would be squarely situated in the City of Man, whereas a government which loves justice, protects its people, seeks the common good, and orients itself towards God as the end of all being participates more in the City of God.

According to Augustine, these two cities intersect but can be distinguished. He explains that “In this world, in fact these two cities, remain intermixed and intermingled with each other until they are finally separated at the last judgment.” [11] The two cities relate but cannot be collapsed into one entity. In Books XI-XXII of The City of God, he sets out what he thinks should be said “about the origin, the course, and the appointed end of the two cities.” [12]

First, as to the origins of the two cities (Books XI-XIV), the City of Man originated in pride while the City of God was birthed in humility. The earthly city is self-centered, wrapped up in itself; it is self-dependent and glories in itself. The heavenly city is oriented toward God and others; it depends on God and directs praise to Him. Human reason alone provides the operational basis for the City of Man. In the City of God, autonomous human reason is insufficient; rather, human reason functions within the Scriptural revelation and submits to the authority of God.

Second, as for the course of the two cities in this world (Books XV–XVIII), all people are born fallen into the City of Man, but some are chosen by God’s grace for redemption in the City of God. In their temporal journeys, the social fabric of the two cities is very different. The lust for domination in the City of Man results in “lawsuits, wars, and conflicts”; the City of God rejoices in “the common and immutable good.” [13] The earthly city scrambles and fights for the limited goods of this world; the heavenly city shares the limitless bounty of God himself. “Conflict and competition” mark one city; “unity and harmony” the other.

A caveat: those of the City of God are on a journey; they have not arrived yet. Thus, the idealized picture of peace and harmony in the City of God presented in the previous paragraph must be chastened by the reality of internal conflicts until the completed redemption of body and soul in the new heaven and new earth. Further, the goods and peace, though tempered and temporal, enjoyed by those in the City of Man are real and substantial, given to them through God’s grace.

Third, the two cities have two distinct final destinies (Books XIX-XXII). Those of the earthly city look for happiness only within the goods of this world. The members of the City of God are happy in hope; that is, they see within and beyond the goods of this world to the future apprehension of God. They look forward to the eternal beatific vision of God and the perfect mending of the social fabric that is to come in the new heaven and new earth.

In the end, God alone will reveal who is in which city. Those who sought their own happiness solely in the achievements and pleasures of this world will be resurrected to eternal, embodied punishment. In stark contrast, those who used the goods of this world to love God and love others in God will be resurrected to eternal, embodied life within an eternal home characterized by authentic, communal peace and endless, personal satisfaction in God.

The City of God Today

But the questions remain. How do the two cities relate now? If the wedding of Empire and Christianity was always destined to failure, how do the two entities interact with one another? More specifically, how does being a citizen of the heavenly city shape one’s perspective on the earthly city? How, then, does citizenship in the City of God affect how we inhabit the City of Man today?

Augustine ends his magisterial work not with a crushing loss but with a happy hope, a vision of eternal rest: “There we shall be still and see, see and love, love and praise. Behold what will be in the end without end! For what else is our end but to reach the kingdom that has no end!” [19]

This article was taken from the sixth volume of Faith and the Academy, a journal published by the Center for Apologetics and Cultural Engagement. Read more at this link.