Liberty University recently received a single page from the Gutenberg Bible, dating between 1450-1455 and valued in excess of $100,000. 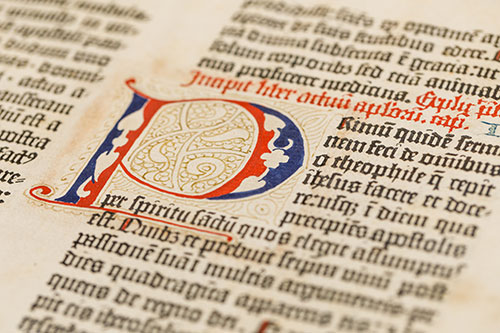 The original leaf is the first page of the Book of Acts and was provided to the university’s Rawlings Scriptorium by The Rawlings Foundation and brothers Harold, George, Herb, and Carrol Rawlings.

According to the scriptorium’s curator, Gene Albert, the page is one of several known to collectors as “Noble Fragments” — individual pages sold from an original copy by noted bookseller and antique dealer Gabriel Wells.

The Gutenberg Bible, originally printed in Latin, is one of the most valuable printed books in the world; only 49 of the 180 original book copies exist today. With Johannes Gutenberg’s invention of movable type, the Bible became the first printed book in Europe and revolutionized printing in the West. 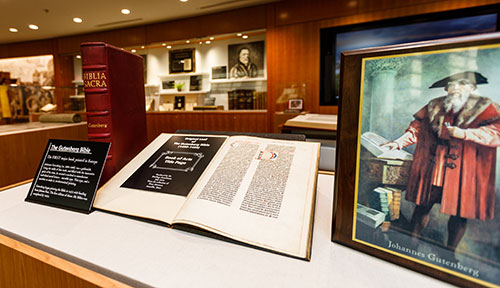 “There aren’t many places where the public can view the Gutenberg Bible; some are in collections and some are in institutions but aren’t accessible, so it’s important to have that page here,” Albert said. “We are so appreciative of the Rawlings family and their support of Liberty.”

The page is the latest addition to the scriptorium, which is located at the base of Liberty’s Freedom Tower in the John W. Rawlings School of Divinity. The museum features a world-class collection of rare books and Bibles made available from the personal collection of Harold Rawlings and valued at over $1 million. He started the collection in order to educate Christians about the incredible history of how the English Bible became accessible to the masses. Among the items are a first edition 1539 Great Bible, the first English Bible authorized by King Henry VIII; a 1561 Tyndale New Testament; and a 1560 first edition Geneva Bible, the Bible brought to America by the Pilgrims on the Mayflower in 1620.

Donations from the Rawlings family to Liberty have totaled more than $20 million in recent years. Their generosity made the Freedom Tower and School of Divinity project possible; the building and tower opened in Spring 2018. The family was directly involved in the planning of many unique features in the building, including the scriptorium.

Liberty recently renamed the School of Divinity the John W. Rawlings School of Divinity in honor of the brothers’ father, a longtime friend of Liberty and a mentor to its founder, Jerry Falwell Sr. The late John W. Rawlings served in leadership roles at Baptist Bible College in Springfield, Mo., where Jerry Falwell Sr. attended college in the early 1950s. Rawlings served as a pastor for over 70 years, including many years as senior pastor at Landmark Baptist Temple in Cincinnati, Ohio. He was an adviser to Jerry Falwell Sr. in his ministry and in the establishment of Liberty University, and he preached often in Lynchburg over the decades. Rawlings served in his later years on Liberty’s Board of Trustees.  Under Rawlings’ oversight, his family launched The Rawlings Foundation in 1995, helping to fund youth camp facilities and Bible institute campuses around the world. John W. Rawlings died at age 99 in 2013. 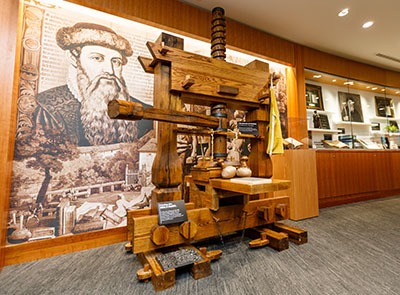 Visitors to the scriptorium can learn more about the Gutenberg Bible in a special display that includes a life-size replica model of the Gutenberg Press.

The scriptorium is free and open to the public. The latest feature exhibit, “Women and Bible,” includes information and items from women throughout history who helped further the Gospel message. For more information or to schedule a visit, including group tours, email scriptorium@liberty.edu. 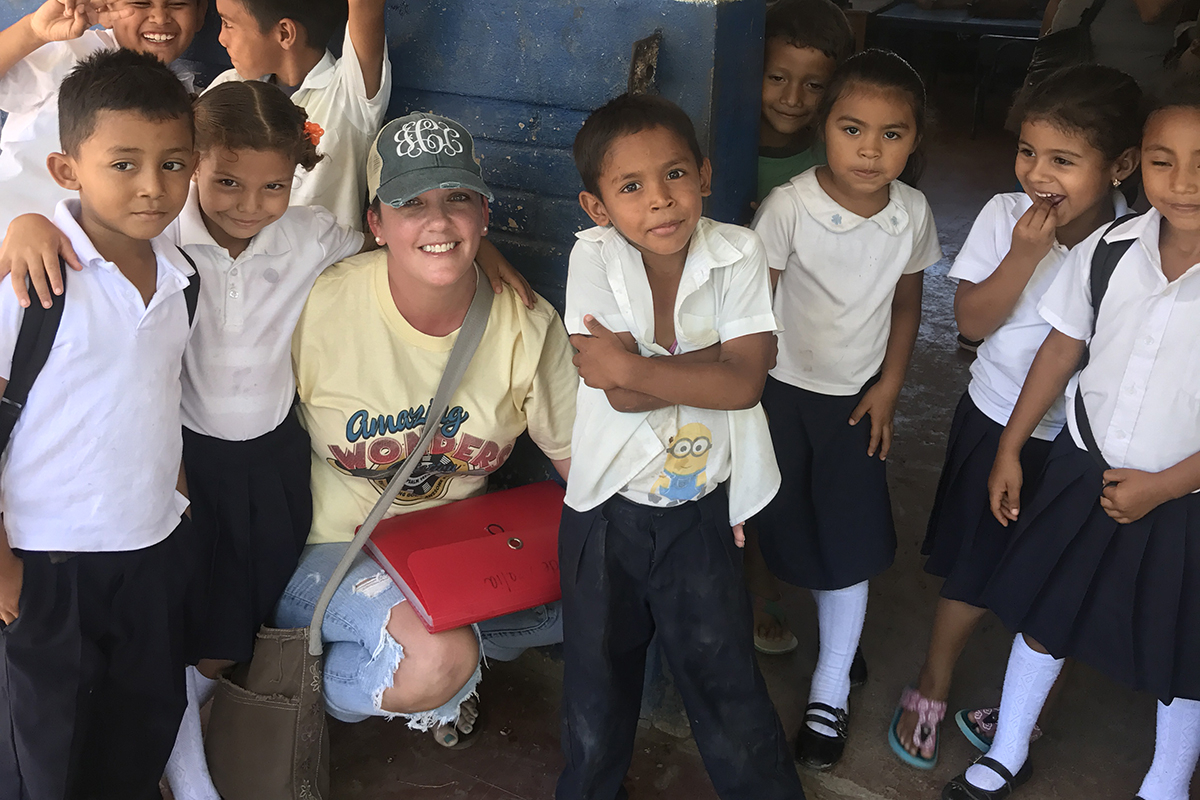 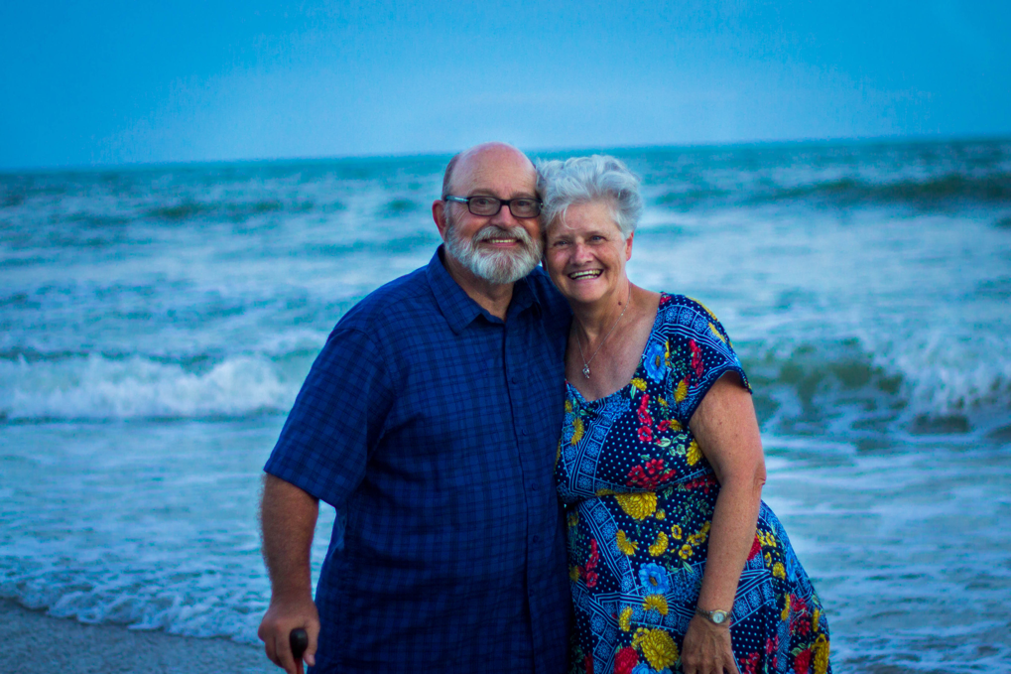 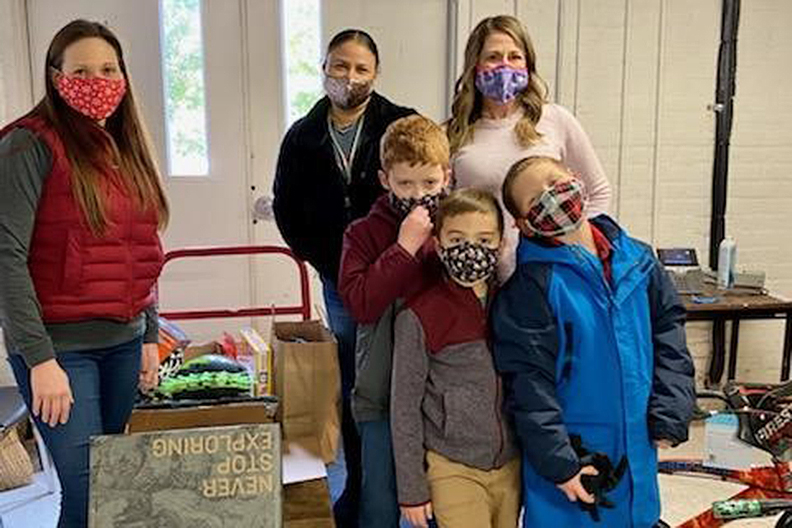