Motivational speaker Stephon Ferguson took the stage at Liberty University’s Center for Music and the Worship Arts Concert Hall on Monday to perform the famous “I Have a Dream” speech by the Rev. Martin Luther King Jr. as part of a special Convocation honoring the civil rights leader.

The performance received a standing ovation.

Ferguson has traveled around the country reciting King’s speeches and sermons for 15 years. He is the only performer licensed by the King Estate.

King delivered the “I Have a Dream” speech on the steps of the Lincoln Memorial in 1963 during the March on Washington for Jobs and Freedom.

“That speech takes me back to that moment where so many things were transpiring in Dr. King’s life,” Ferguson said during a Q & A with David Nasser, senior vice president for Spiritual Development, following the performance. “I never thought or imagined I would be portraying Dr. King. It was a calling on my life, and God called me to reinvigorate that dream. (The speech) means a lot to me personally because it means so much to others.”

Nasser and Ferguson talked about the history of the speech, pointing out that the iconic last five minutes were not included in King’s notes.

“If you ever see the video you’ll notice Dr. King reading a script, but when he gets to the ‘I Have a Dream’ portion, he looks up,” Ferguson said.

King had given the dream portion of the speech before — two months prior to Washington, D.C. — in Detroit. 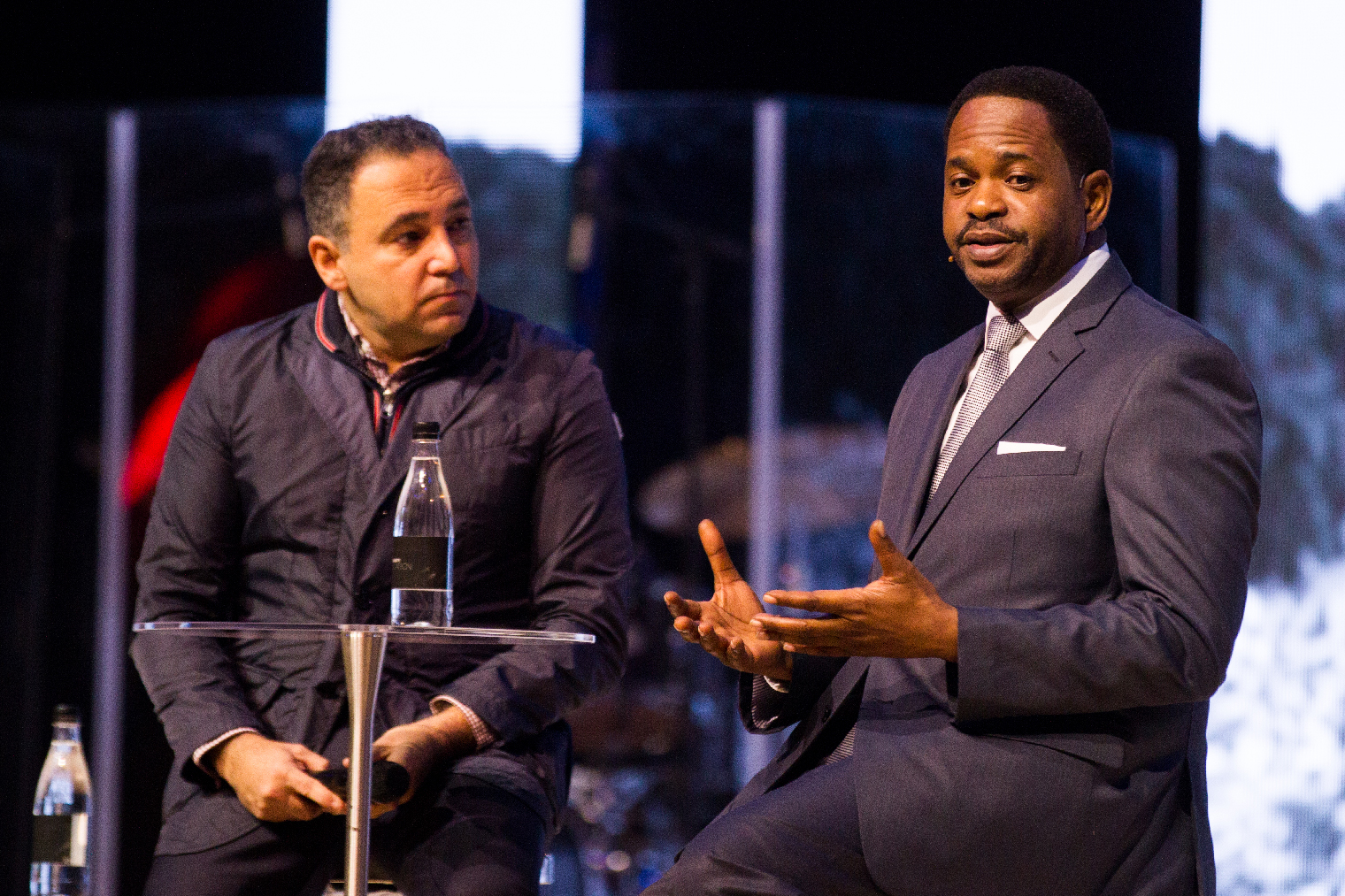 “I saw a documentary with one of King’s assistants who told King not to include anything about the dream because King had been talking about it before for quite some time,” Ferguson said. “But King felt the moment.”

Though arguably one of the most famous speeches in history, for many Liberty students Ferguson’s performance was the first time they had heard it in its entirety.

“The performance was such a beautiful tribute to Martin Luther King,” freshman Rachel Anderson said. “Being able to hear it all gave such impact to the words King said. You can see all the points he wanted to get across.”

Asked what King would challenge college students to do today, Ferguson said it would be to understand the concept of love and to love their enemies.

“It’s pretty difficult to like some people, but Jesus calls us to love them,” he said. “And love is greater than like. It’s a creative, redemptive goodwill to all men. I think that’s what Dr. King would say today.”

“Days like this are reminders for us,” Nasser said. “I want you to think about how love works itself out in your life. Ask yourself if there’s anything in your life today that would contribute to, instead of fight against, injustice, equality, and racism. That’s not of God.”

At the beginning of Convocation, the Liberty Worship Collective performed a special cover of U2’s song “Pride (In the Name of Love),” which talks about the life and legacy of King. During the song, a video was shown that featured the words from a speech King delivered at nearby E.C. Glass High School in Lynchburg in 1962.

Other special events planned for students on Martin Luther King Jr. Day include a free performance of the play “In Remembrance of MLK: From Vietnam to the Dream,” which focuses on the last year of King’s life, at 7 p.m. in the LaHaye Event Space. The play is hosted by Liberty’s Office of Equity and Inclusion and was written by Lynchburg playwright Teresa Harris.