Flames runner Rolle representing the Bahamas at World U20 Championships 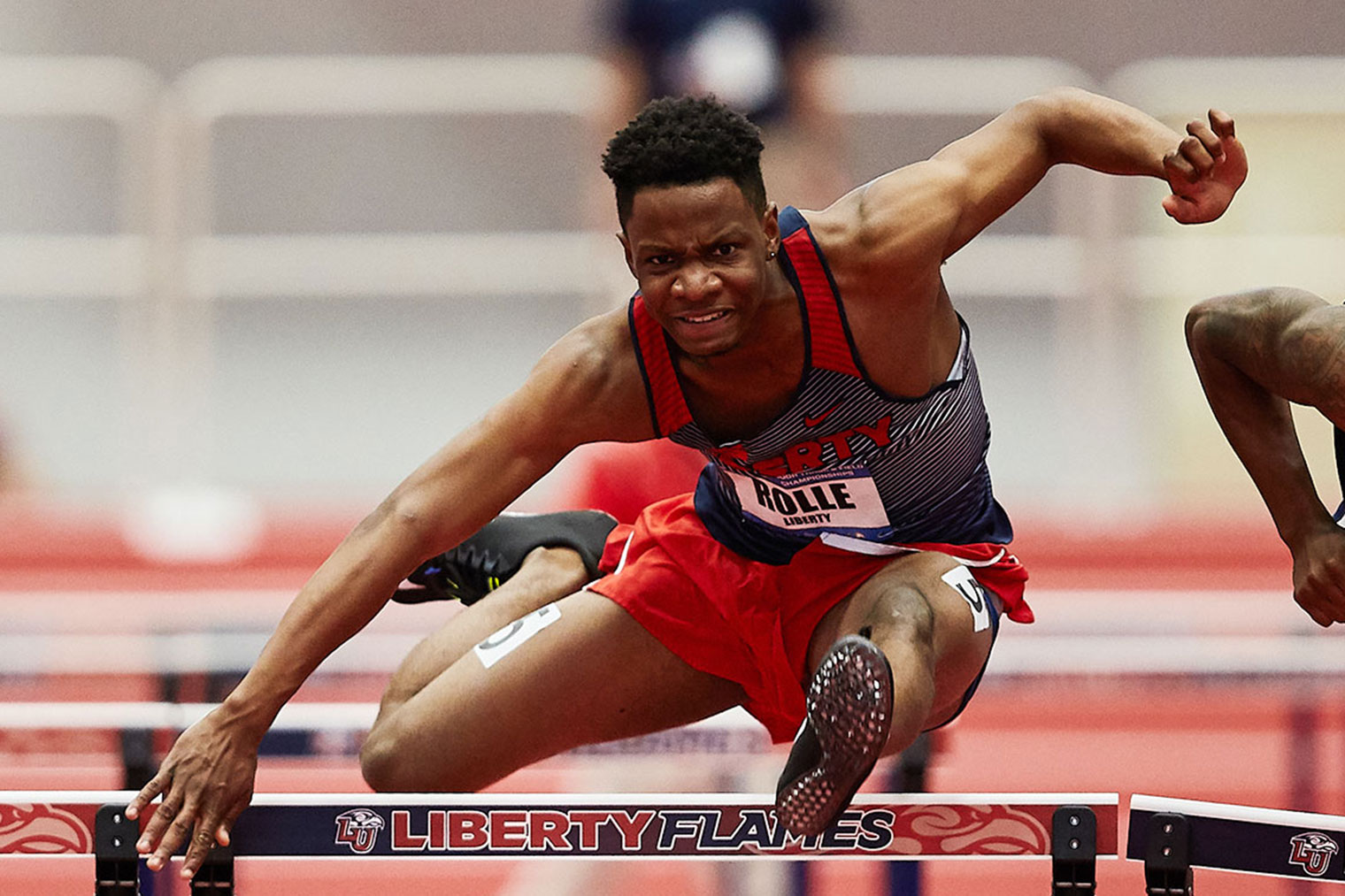 Branson Rolle, a rising sophomore on Liberty University's men's track & field team, is part of the Bahamas' 12-athlete delegation competing in this week's IAAF World U20 Championships at Ratina Stadium in Tampere, Finland. The competition features nearly 1,500 athletes from over 150 nations.

Rolle is slated to compete in the men's 400-meter hurdles starting Thursday and the 4×400-meter relay on Saturday with finals set for Saturday and Sunday, respectively.

The native of New Providence won the Bahamas' U20 men's 400 hurdles national title on June 16 in 55.39 seconds. He was the 2018 Big South Conference's men's 400 hurdles champion with a Liberty freshman-record and personal-best time of 52.10. If he can drop another second, he would break Nathan Arnett's Bahamas junior national record time of 51.11 set in 2007.

Rolle's top relay performance of the year came at the IC4A Indoor Track & Field Championships in March. His 48.1-second split helped the Flames finish fourth in a Liberty and Big South all-time record 9:47.30.

Daily video recap packages from Finland — including Thursday’s heats of the men’s 400 hurdles starting at 3:35 a.m. — will be available on the Olympic Channel and NBC Sports Gold with live radio broadcasts and results on the IAAF.org website.