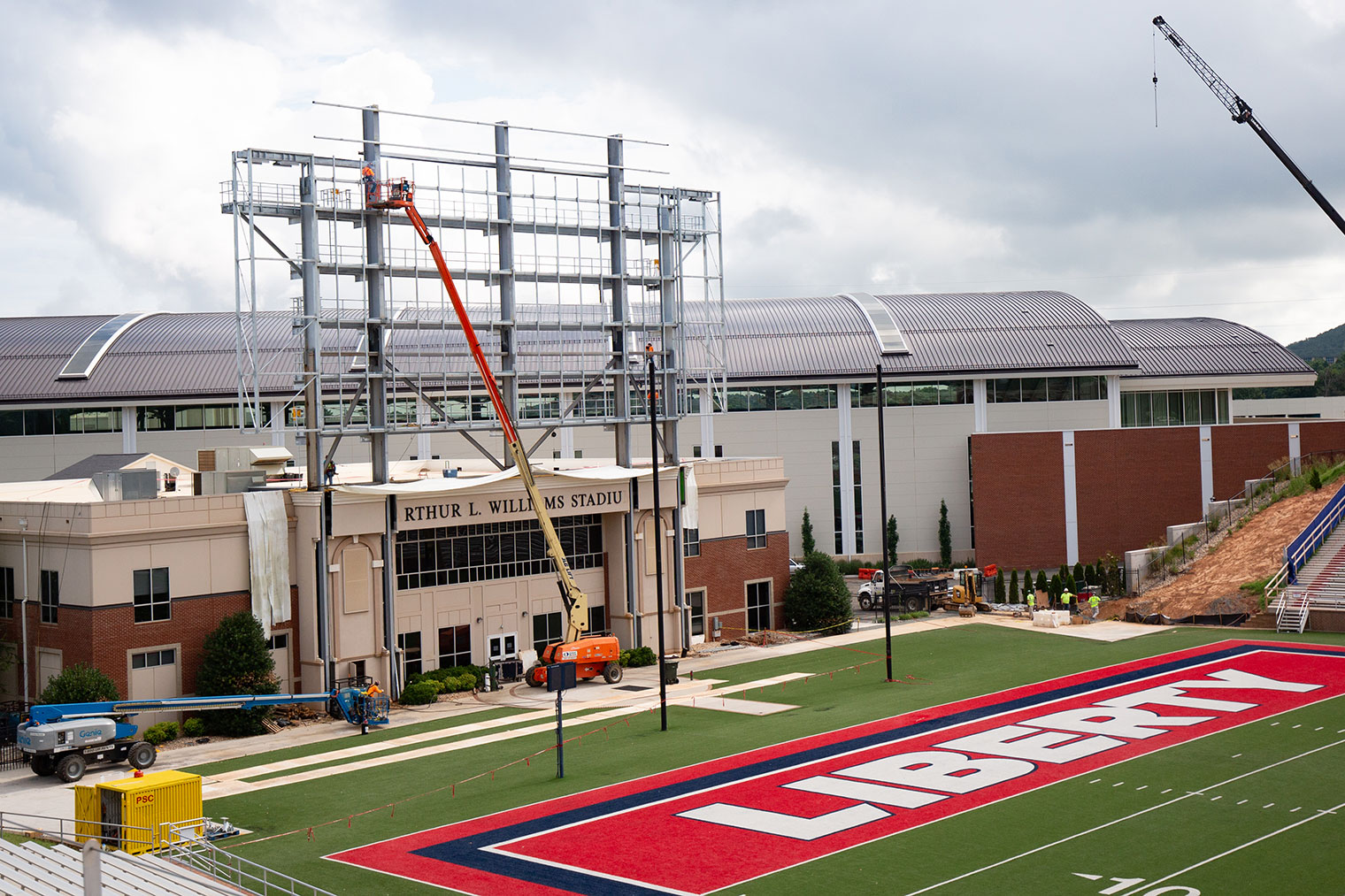 Installation of a new state-of-the-art Daktronics video board is in progress this week at Liberty University’s Williams Stadium, home of the Flames Football team.

At approximately 3,000 square feet (75 feet wide by 41 feet tall), with no space taken up by advertising panels, it will be more than four times the size of the previous 700-square-foot video board. That will provide the Flames’ video production staff more flexibility in creating graphics and features to complement the Liberty Flames Sports Network’s (LFSN) live game broadcast feed and instant replays.

“I think the favorite feature that all of the fans are going to like is the video board,” said Dan Deter, Liberty’s vice president of major construction, noting that new speakers on the sides and signage on top will amplify the audio effects and make the structure even more impressive. “We’re pushing to make sure the game-day experience in the stadium will be complete by Sept. 1, our first home game” (against in-state rival Old Dominion University).

When installation is completed in the next few weeks, the new video board will be a crowning gem on the stadium’s ongoing renovation and expansion. Improvements will bring the centerpiece of Liberty’s Athletics Department up to Football Bowl Subdivision (FBS) standards with a total of 25,000 seats as Flames Football prepares to compete in the FBS for the first time this fall.

Phase One of the stadium expansion — the addition of a 6,000-seat upper deck and press box on the East side and a colonnade entrance and lawn seating area on the South end, which will be enclosed — is scheduled to be completed this summer.

“It is exciting to watch the renovation of Williams Stadium come to fruition,” Liberty Director of Athletics Ian McCaw said. “The project is right on schedule, and the facility is coming along beautifully. The final touch will be the new video board in the North end zone. That will make a huge impact.”

Between the 2018 and 2019 seasons, expansion efforts will shift to the Football Operations Center, located directly behind the scoreboard. A future Phase Two of the stadium renovation will focus on the West side of the stadium, where new loge seating areas will be constructed.

“We want everyone to feel welcome, everyone to be a part of Liberty football, and as we have called on Flames Nation and Lynchburg to ‘Rise With Us,‘ people are doing it,” McCaw said. “We are looking forward to filling the stadium and creating a great game-day atmosphere.” 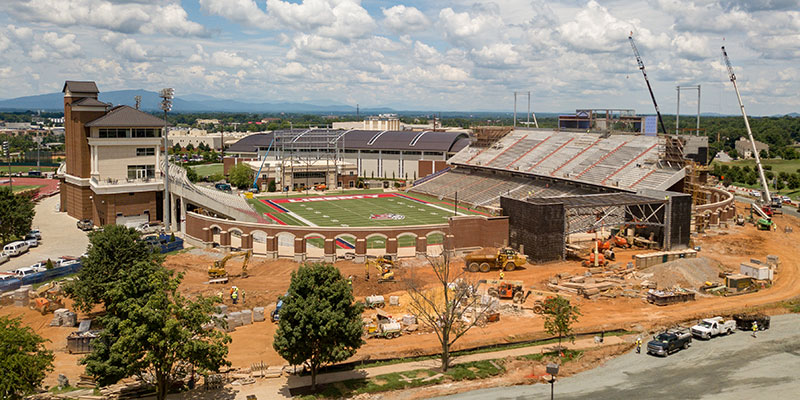