Michelle Williams, a Gospel singer and former member of the popular R&B group Destiny’s Child, brought energy to the Liberty University Convocation stage on Monday as she discussed her career and faith before leading the crowd in a time of worship.

Known for being open about her faith, Williams said she grew up in church and gave her life to Christ as a teenager before making it big in the music industry. In the early 2000s, Williams joined Destiny’s Child, alongside Kelly Rowland and Beyoncé Knowles, and the group became one of the most successful pop/R&B groups of all time, selling more than 60 million records. Williams has also released three solo albums, starred on Broadway, and performed her gospel music at the White House for President Barack Obama and First Lady Michelle Obama.

Williams said that before her career took off, she could usually be found helping out at church, whether it was leading the choir or ushering on Sunday mornings.

One thing Williams said that she loves about music is the impact it can have on people’s lives.

“I had people walk up to me and say, ‘Michelle, because of your gospel music, I believe in Jesus now,’” Williams said.

When asked which Scripture has made an impact on her life, Williams quoted Proverbs 3:5-6: “Trust in the Lord with all your heart, and lean not on your own understanding; In all your ways acknowledge Him, and He shall direct your paths.”

“That’s what I live by,” she said. “Every decision that I make, I go to God about it. You have to invite Him into everything that you do.” 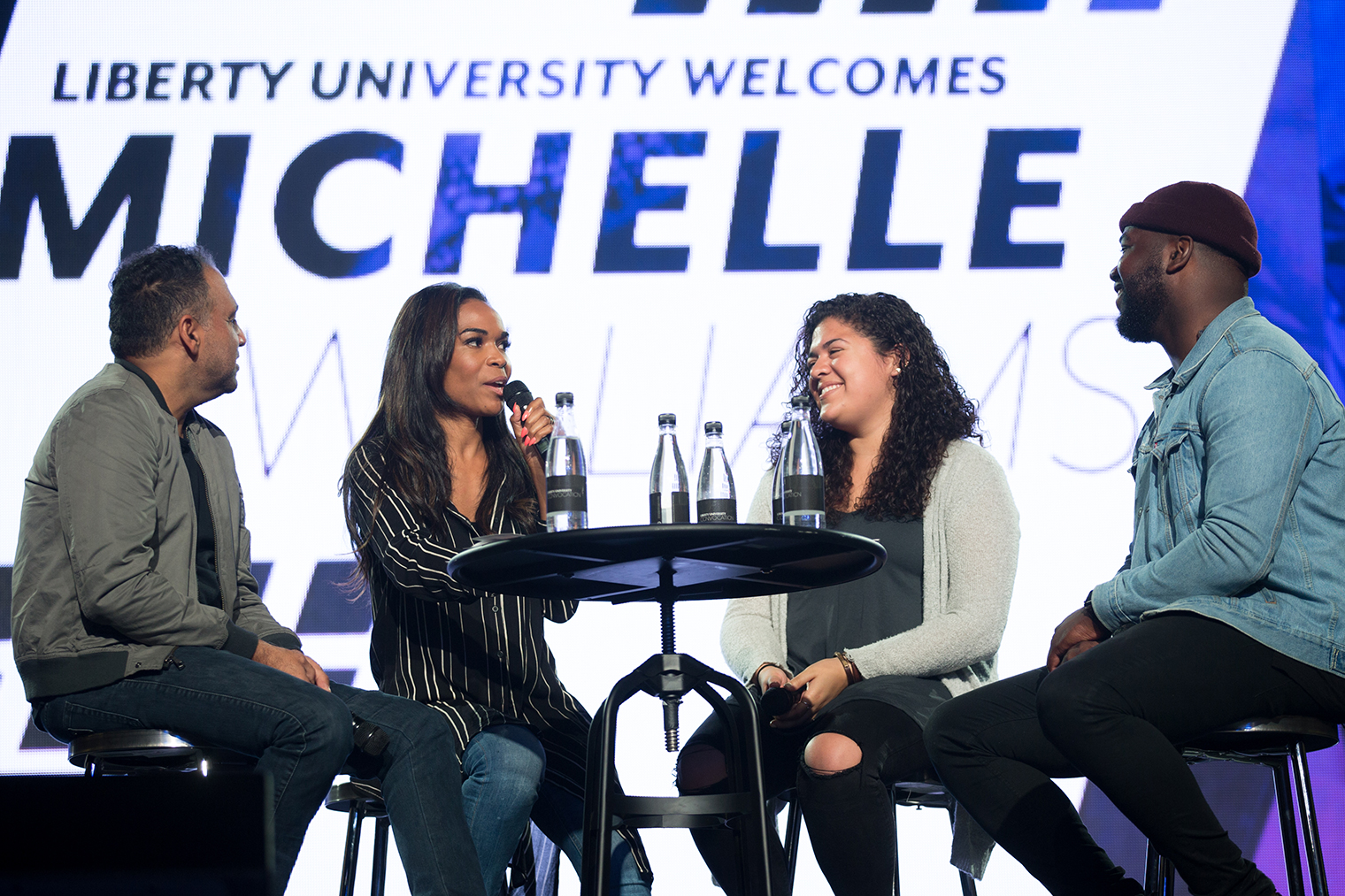 Williams, who speaks regularly on the topic of mental health and depression, opened up about the hardships she has had to overcome. She said that when she tried to seek help from a manager while on tour with Destiny’s Child, that she was dismissed. Williams said that because she was so successful, people did not take her struggle seriously.

“People think that money equates to happiness,” Williams said. “Sometimes money and success can only magnify that troubled soul, that wounded soul.”

After the interview, Williams led a time of worship, singing a powerful rendition of “How Great Thou Art,” “King of My Heart,” and Williams’ own song, “Say Yes,” with the entire Vines Center joining in. Williams said these were songs that help reassure her that she is where God wants her to be, along with giving her a chance to tell God how great He is.

She also spent time meeting with students and surprised a group of visitors who were touring campus.

In a press conference after Convocation, Williams shared how she grew strong in her faith throughout college and while on tour with Destiny’s Child.

“College was the first time I had to seek Him on my own because I didn’t have Momma waking me up saying, ‘It’s time for church,’” Williams said. “I had to get up on my own and say, ‘You better get yourself to church.’”

She said it was also in college, she felt like her giftings flourished because of her diligence in pursuing the Lord. The choice came again for Williams when she began a demading touring schedule while with Destiny's Child.