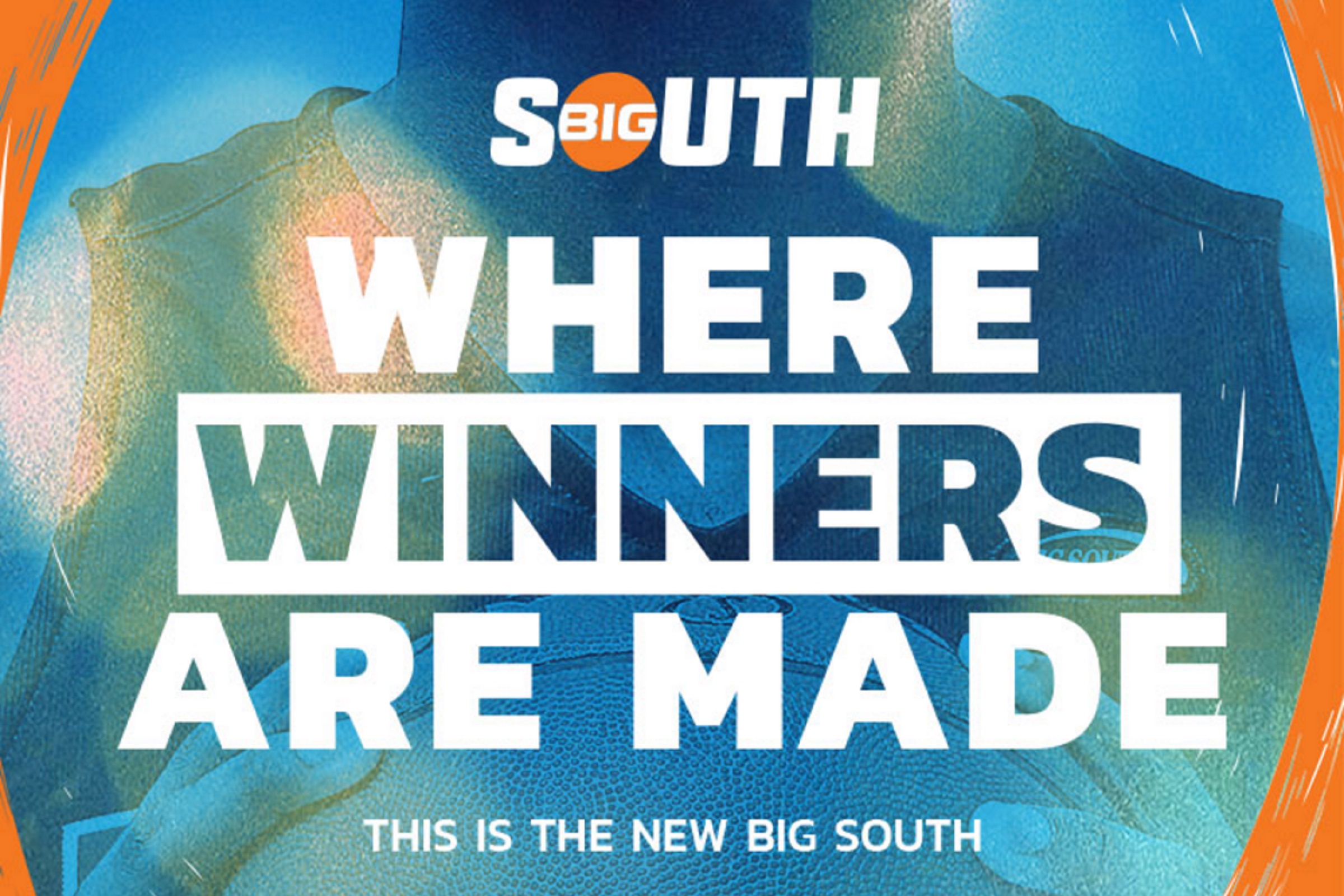 The Big South Conference, the league in which most of Liberty University’s 20 NCAA Division I Athletics programs compete, introduced its new brand identity Saturday, one that epitomizes the league’s strong commitment to its student-athletes and re-establishes its vitality, personality, and longstanding success in collegiate athletics under a new mantra, “Where Winners Are Made.”

“Today marks a momentous day for the Big South Conference, as it is with tremendous pride that we share with you our new Big South brand,” Big South Conference Commissioner Kyle Kallander said. “This new identity solidifies the shared commitment of our member institutions in developing student-athletes for considerable life successes. It represents and boldly declares the profound effects of hard work, premier NCAA Division I collegiate athletics opportunities, and boundless academic potential.”

New York-based SME, an award-winning national branding agency, spearheaded the complete overhaul and most comprehensive rebrand in the 33-year history of the Big South Conference. The rebrand includes a new identity featuring an adjusted color scheme, the introduction of a secondary logo and an extensive advertising campaign to enliven the Conference’s distinct values, its roots in the Southeast region of the United States and its vision for the future.

A series of PSA videos were released featuring Big South student-athletes that exemplify the Conference’s personality and messaging. Additionally, a social media hashtag, #BigSouthMade, which embodies and affirms the Big South’s commitment to developing student-athletes for profound success through Division I collegiate athletics and transformative academics, was created.