William Byron, who drives his No. 9 Liberty University Toyota Tundra on the NASCAR Camping World Truck Series, took a pit stop on his first season on the tour to take the platform during Wednesday’s Convocation.

The 18-year-old Liberty University Online Academy high school senior turned the Vines Center into his personal parking garage, putting two of his race cars and one truck — covered with logos from his primary sponsor — on display on the arena’s floor and concourse.

Currently taking a couple college-level courses through Liberty’s online programs from his home in Charlotte, N.C., Byron plans to enroll as a residential student this fall, following a similar path as his racing career.

Byron, who now races for Kyle Busch Motorsports (KBM), became a student of the sport through iRacing.com, a competitive online racing simulation. He began racing on the road at the age of 15 in 2013, winning the U.S. Legends Young Lion National Championship before turning pro in January 2014. That March, Byron lined up a sponsorship deal with Liberty and was featured on LFSN’s “Game On” program in March 2015. Last October, he clinched the 2015 NASCAR K&N Pro Series East Championship and Rookie of the Year honors and visited Liberty over Homecoming Weekend, again appearing on “Game On.”

“Winning the championship last year was really an amazing opportunity for me to spread my faith and talk about Liberty at each racetrack we visited throughout the year,” Byron said. “We traveled all over the country, so we were able to meet new race fans and a lot of people that are graduates from Liberty. It’s really a cool thing to have Liberty’s support, and it definitely makes our team unique.”

Byron, who started his day with an interview on JourneyFM’s morning show, presented President Jerry Falwell with a racing helmet as a token of his appreciation for Liberty’s support. Falwell noted that it was Byron’s father who helped put in place the life insurance policy for his father, Dr. Jerry Falwell, that helped Liberty pay off its debt after his death in May 2007.

Byron enjoyed visiting campus 10 days before his next race at nearby Martinsville Speedway, where he watched his first NASCAR race with his father and fell in love with the sport in 2006.

“It’s exciting to see the enthusiasm on campus,” he said. “It’s amazing to have you guys’ support. I have a great team to support me and we’d love to see you at the racetrack and on campus next year.”

Byron, who is vying for Rookie of the Year honors in the trucks series, invited those in attendance to follow him on Twitter (@WilliamByron) and to watch him compete on April 2 in Martinsville; students can purchase discounted tickets of $10 for the truck race or $35 for the whole weekend of NASCAR racing. 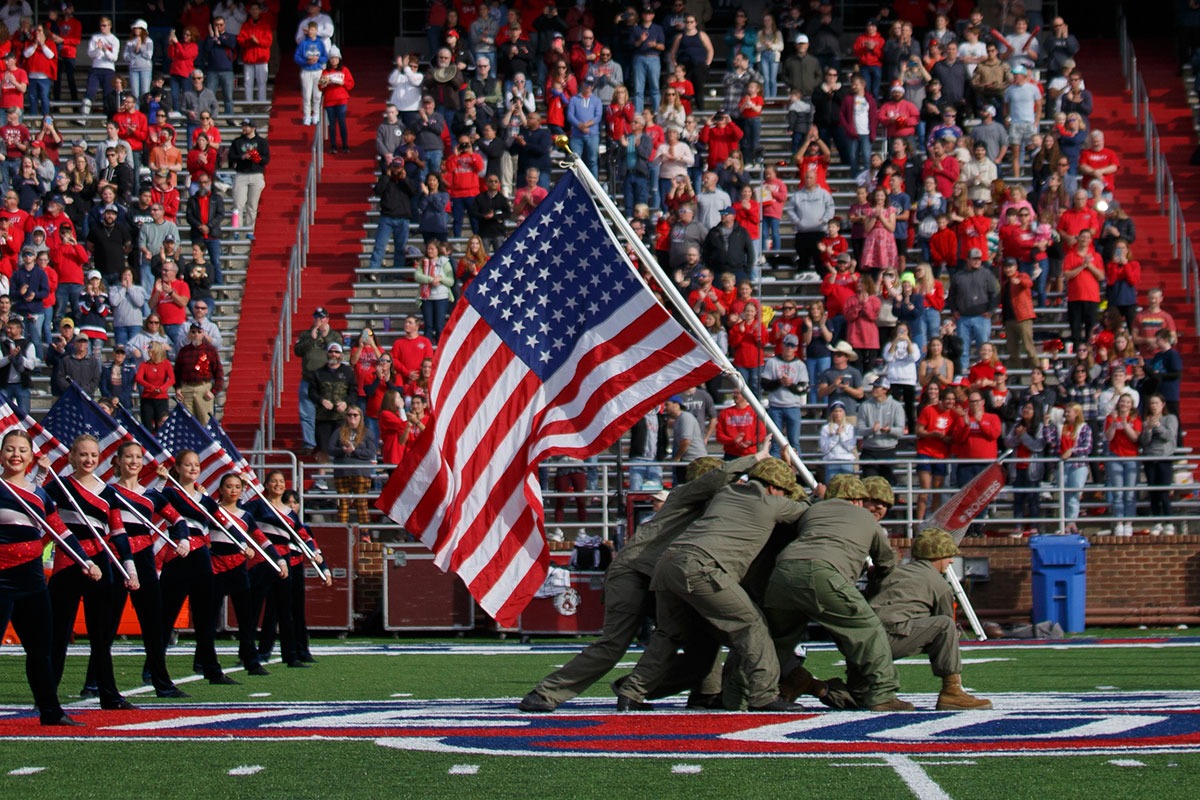 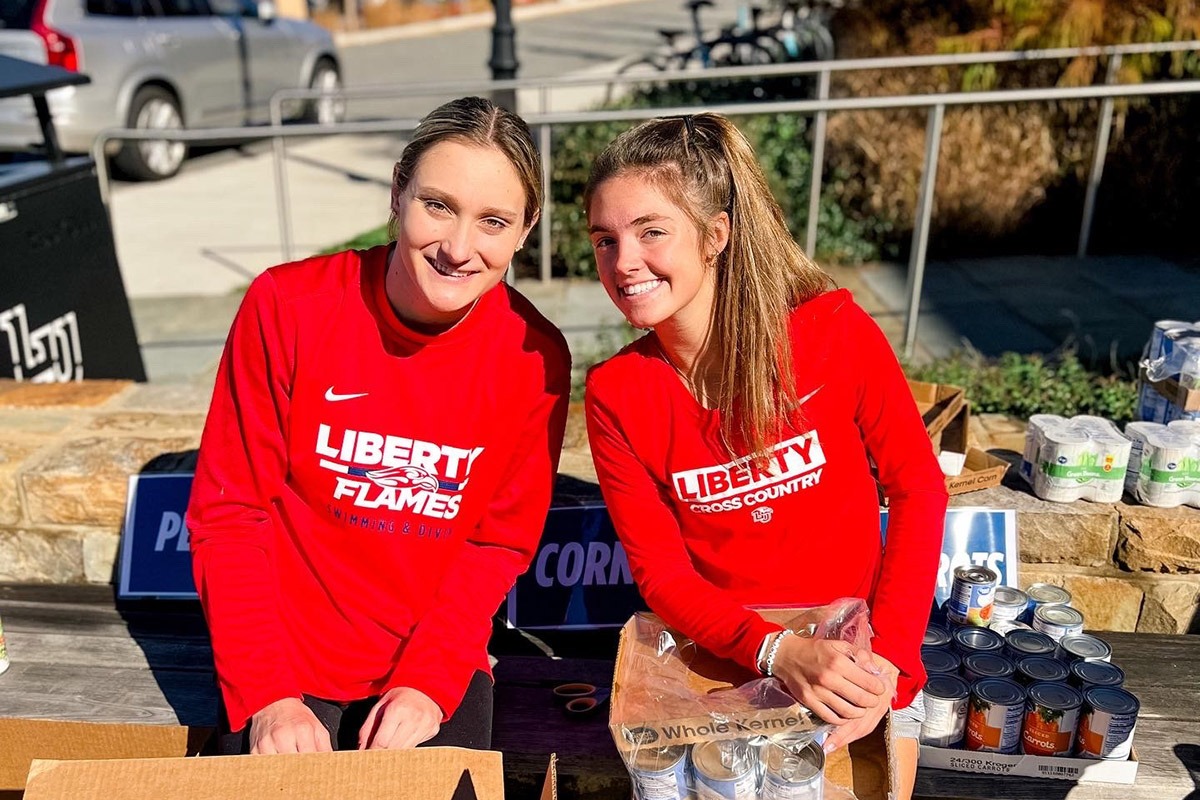