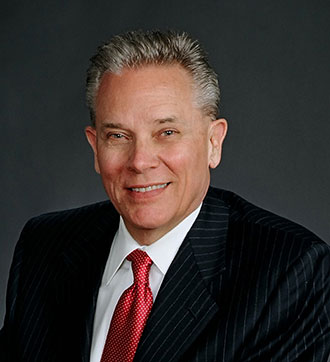 O.S. Hawkins, president and chief executive officer of GuideStone Financial Resources of the Southern Baptist Convention, will deliver the keynote Baccalaureate address at Liberty University on Friday, May 8, 2015, as part of the 42nd Commencement activities. The service will take place at 6 p.m. in the Vines Center.

Hawkins has been named Clergyman of the Year by the Religious Heritage of America and was elected by his peers as president of the National Southern Baptist Pastors’ Conference. He is also the author of more than 30 books, including the best-selling “The Joshua Code” and “The Jesus Code.”

A native of Fort Worth, Texas, Hawkins holds a bachelor’s degree in business administration from Texas Christian University, a master of divinity from Southwestern Baptist Theological Seminary, and a doctor of ministry from Luther Rice Seminary. He has received several honorary doctorate degrees from institutions, including Dallas Baptist University, Southwest Baptist University, and The Criswell College.

He has been married to his wife, Susan, for 45 years. They have two daughters, two sons-in-law, and six grandchildren.