When Liberty University’s student-led hip-hop dance ministry team D-Trex arrived on the streets of Philadelphia’s Kensington district, they found dance to be a bridge for the Gospel in the community.

“The fact that the community loves hip-hop and rap and got to listen to Christian artists was awesome,” Jenkins said. “They were incredibly interested not only in the style of music that we were using, but also dance. They all loved to dance.”

In spite of cultural barriers, the dance team’s message needed no translation as they held out their hands, inviting the local children to dance.

“Dance was a bridge to connect to them,” Jenkins said. “So many kids wanted to come up and talk to us and they said, ‘You guys are dancers — this is what you are here to do? That’s so cool, because we love to dance.’” 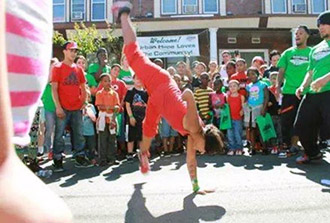 At this year’s carnival outreach, 1,700 members of the community gathered for games, food, and prizes, giving children a safe environment in which to hear the message of the Gospel.

“For us to be able to connect to them, be a light, and just be a positive influence was huge because they tend to be extremely open,” Jenkins said. “They cling to anyone who is willing to treat them well.”

Throughout the weekend, the members of D-Trex stayed in housing provided by the church. They performed several times and spent time in the community fostering personal connections with many children.

“I am even more interested in urban ministry than I’ve ever been before because I got to see just how realistic it is,” Jenkins said. “It couldn’t have been any more real or raw. The struggles of today’s world were completely present there so I am personally impacted and more driven than I was before.”

According to Jenkins, the children in Kensington are confronted with harsh realities from a young age due to the prevalence of drugs and alcoholism. D-Trex’s dance routine attempted to connect with them by explaining how eternal life in Christ can restore people with troubled pasts.

“We didn’t think people would understand or get it, but a lot of people came up to us and were in the same boat,” D-Trex captain Gabriel McGann said. “They didn’t think they were welcome in the Christian setting in the area, having the idea that they had to be a certain way and be perfectly made, and we’re telling them ‘no … you don’t have to be perfect. We still have the ability to fall before our Father and ask for forgiveness, and go to Him.’”

In Philadelphia, 31 people committed their lives to Christ over the weekend trip. Many D-Trex members connected personally with the children, exchanging contact information so they can keep in touch. 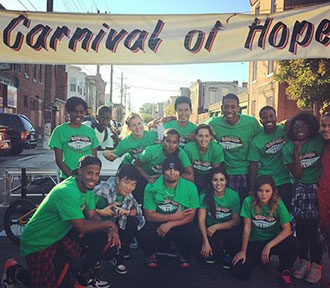 “Some of what these young girls are going through is crazier than what I could ever imagine going through,” Jenkins said. “I pray that whatever impact we had during the weekend doesn’t stop.”

The D-Trex team is engaged in urban outreach every weekend in the Lynchburg community, working with Liberty’s student volunteer group Campus Serve. The team also hopes to participate in dance competitions in the future, reaching out and providing a positive influence for other dancers.

“What we strive to prove is that we are glorifying someone other than ourselves, and that we work to glorify God with our talents,” Jenkins said. 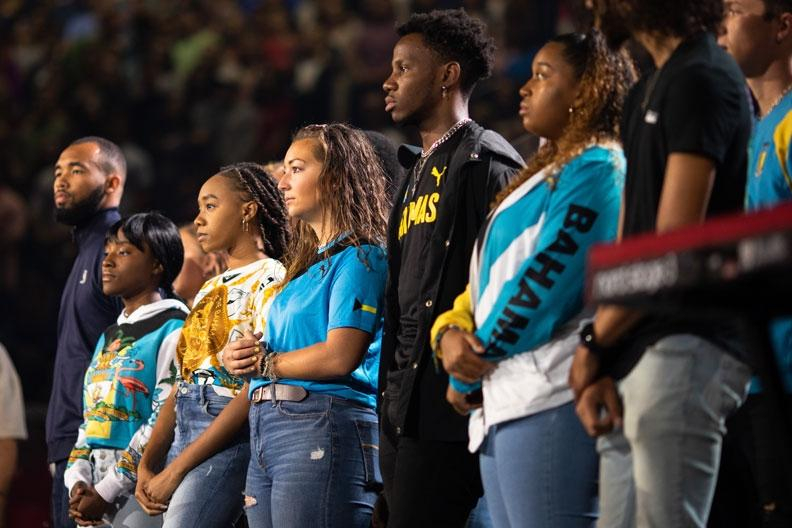 Liberty commits to aiding the Bahamas in wake of Hurricane Dorian