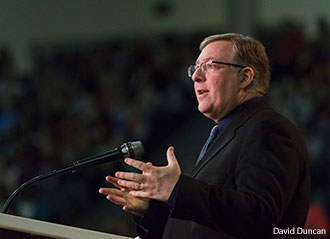 His latest novel, “The Auschwitz Escape,” tells the story of four young men who managed to break out of the most infamous death camp to warn Jewish communities across Europe to avoid boarding the trains at all costs.