* Chancellor Jerry Falwell, Jr. recognized and thanked the Student Activities Office and director Chris Misiano for their work, including Friday’s coffeehouse, which he and his wife attended.
* Falwell also congratulated freshman Flames basketball standout Seth Curry, who recently decided to transfer to Duke University. “We’ll miss him,” he said. “But [Coach] Ritchie McKay last year had a top 50 recruiting class and I believe he’s going to do it again this year.”
* He introduced the two guest speakers for convocation: film actor Stephen Baldwin and former pastor, governor and presidential candidate Mike Huckabee. 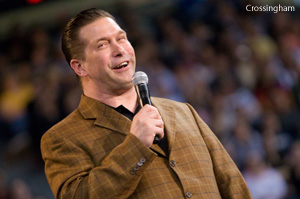 Shortly after being saved seven years ago, film actor Stephen Baldwin was disappointed by the lack of Christian literature he could find even in a huge city like New York. It led him to develop a series of DVDs called Livin It, featuring extreme sports like skateboarding and motocross. The crowd roared with approval when Baldwin said, “it has led about 250,000 kids to faith in Jesus Christ.”

Baldwin related the powerful story of his coming to the Lord seven years ago. His housekeeper, who was from Brazil, constantly sang about Jesus as she worked. When Baldwin’s wife, also from Brazil, inquired one day why she only sang about Jesus, she told her the real reason she was there. When she had prayed about coming to the United States to take the job, someone in her church prayer group felt it would lead to her new employer being saved and starting a ministry.

“That was 16 years ago. Eight years ago my wife got saved; a year after that I came to the Lord; and now I’m out there doing my ministry work for Jesus Christ,” he said.

Baldwin said his current ministry is a reminder that “God kept His promise in my life.” He said knowing the truth of Jesus Christ and the presence of the Holy Spirit in his life every day is a “greater experience” than any amount of money, fame or success he ever achieved.

“It is the reason I was born, and the reason I am standing here today,” he said. “I have made Jesus the priority in my life.”

Acknowledging that God guides our paths, Baldwin said, “The only way you’ll know, when you leave Liberty University, what that path is going to be is if you are hearing that still small voice.”

Since his acting career began in 1986, Stephen Baldwin has appeared in several network television series and numerous movies. He came to Christ in 2001, and in the years since has written a book of his exploits, which ultimately led to his salvation, and launched an extreme sports outreach to children and a radio talk show with Christian talk-radio host Kevin McCullough. 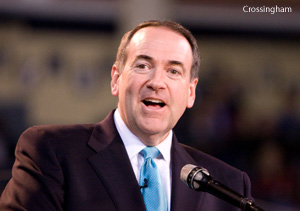 Following the crowd’s enthusiastic applause for Stephen Baldwin, Mike Huckabee said he might be president now if only he had Baldwin’s popularity.

“It is so refreshing to hear a testimony from somebody like Stephen,” Huckabee said, because although [Baldwin] has played many roles in his acting career, the role that matters to him most is being like Jesus.

Sometimes our feelings of inferiority tell us that we don’t look good enough, or that we aren’t smart enough or able enough, said Huckabee, and so we want to be someone else. But God has given us all unique “spiritual DNA,” as well as physical DNA, he said, and trying to be someone else defies both.

The one person we can imitate, he said, is Jesus — in service, in sacrifice, selflessness and substance. Being like Jesus means we are encouragers, selfless, and living in humility. Huckabee cited Philippians 2:5-8 in which Jesus — fully God and fully man — humbled himself and became obedient even to the point of death.

Huckabee took the occasion to introduce a new ministry he and Baldwin work with — Christian Values Network, a Christian-based shopping network that partners with hundreds of retailers like Adidas, Best Buy and Lands’ End who donate 3-7 percent of the purchase price to the ministry of the consumer’s choice.

Huckabee is the host of Fox News Channel’s “Huckabee.”

Monday’s convocation was kicked off by a joint performance of the University Chorale and Concert Choir singing Patti Drennan’s “Clap your Hands,” directed by Dr. John Hugo, Chairman of the Department of Music and Humanities. 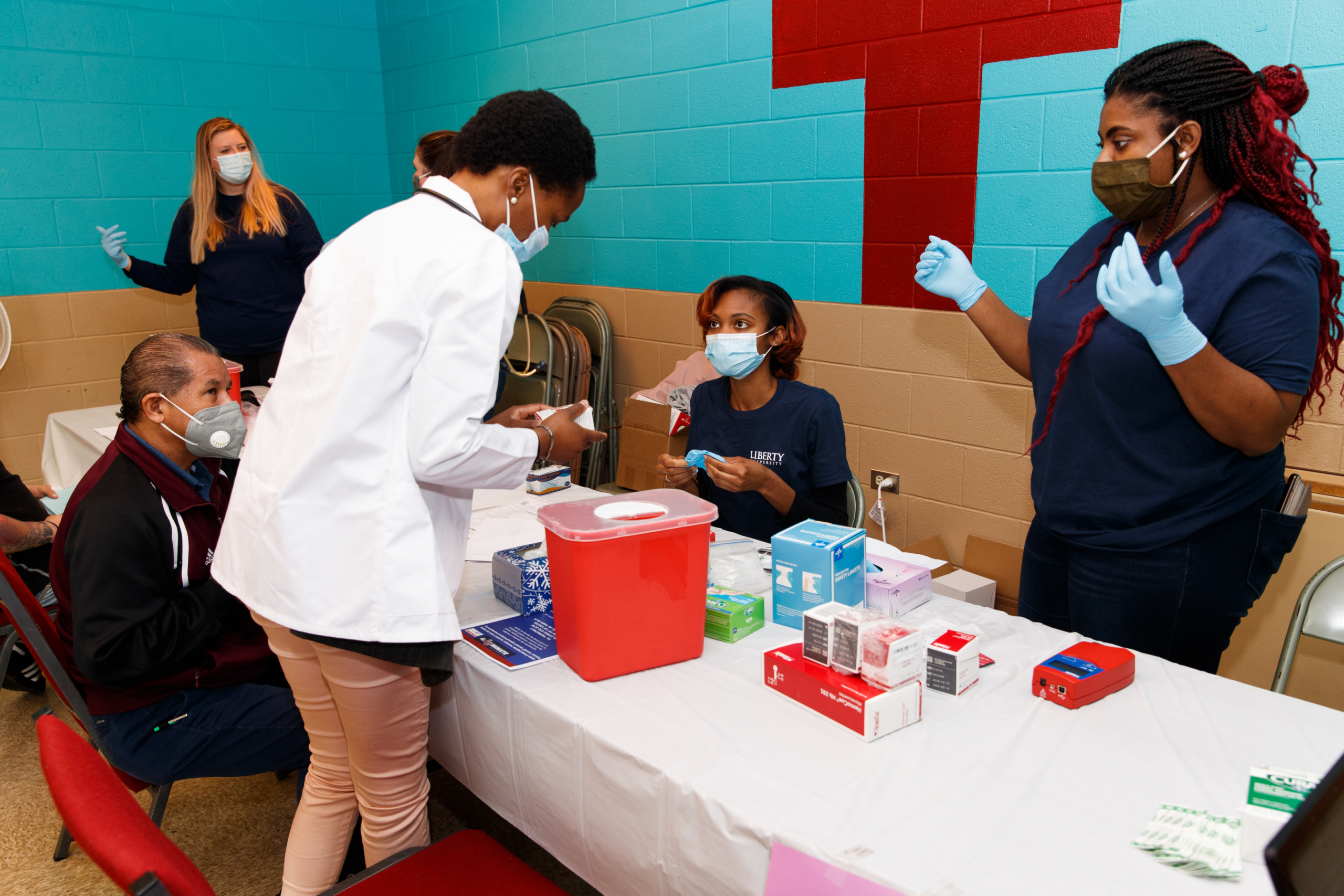 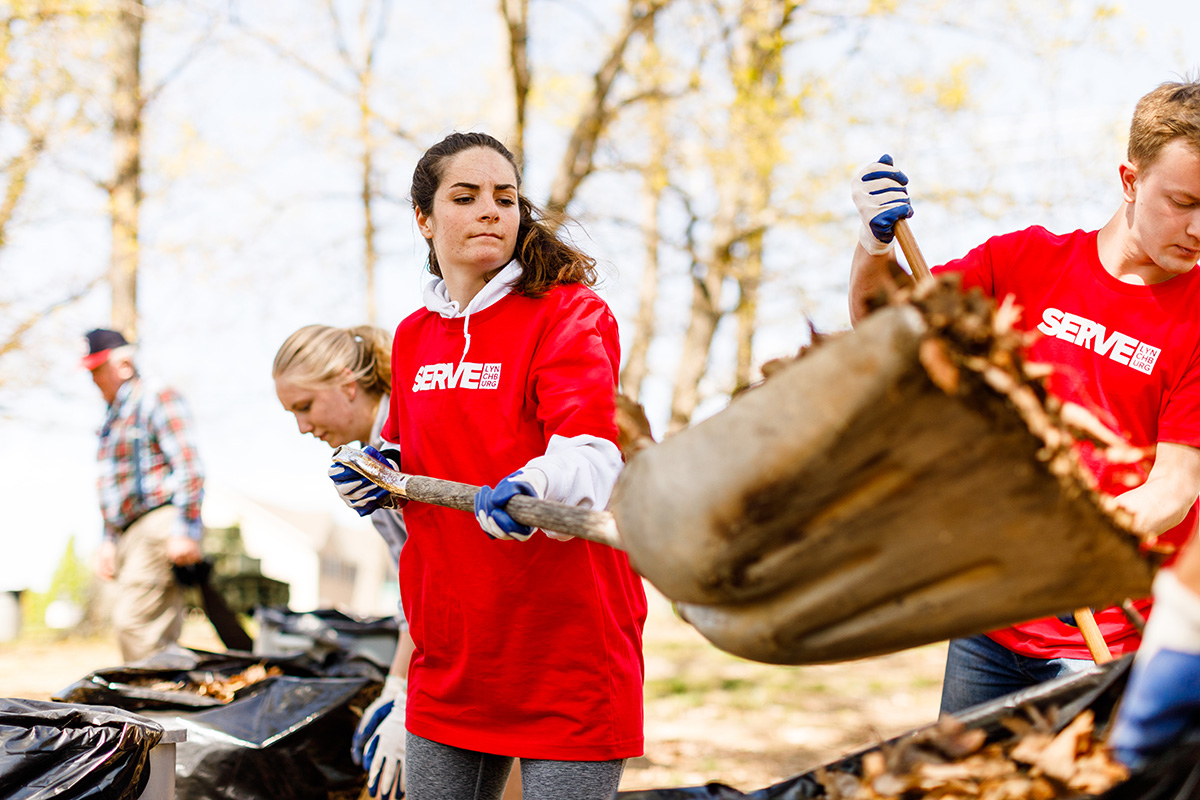 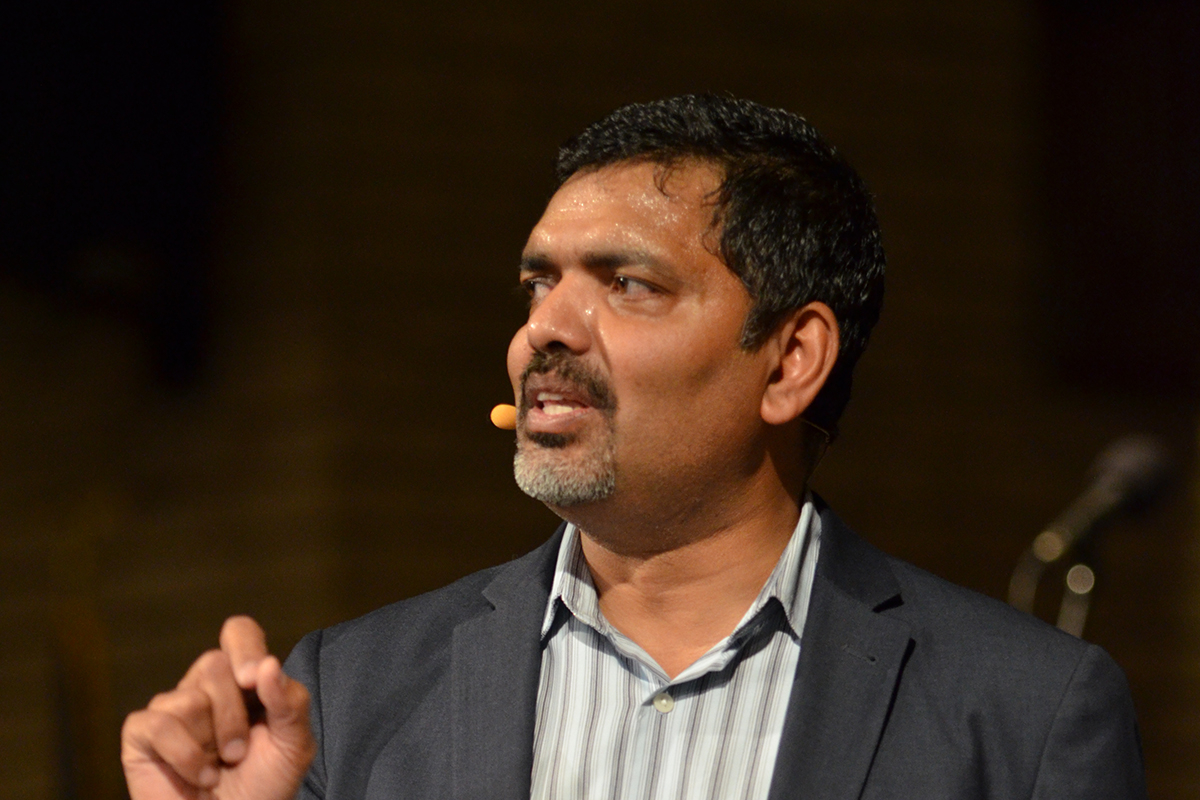 Ministry leader and Liberty alumnus on mission for God across the globe, supporting persecuted Christians as they share the Gospel