What You Need to Know at the Ballot Box 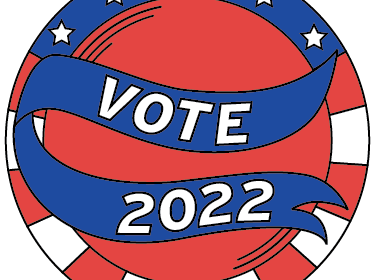 Next month, millions of Christians will head to the ballot box to cast their votes for national and state elections. With such a pivotal responsibility and a unique worldview, who should we vote for? What are the qualities we as Christians should look for in candidates running for public office?

The first thing we should consider is what we mean by the term “qualities.” Should we be primarily focused on the policies the candidate espouses or the character and values of the candidate? I think it should be a healthy balance of both.

Character is incredibly important for leaders. Having a leader with a weak moral character will lead a nation to corruption and doom. When considering candidates, it is important that we look for upstanding moral character, but does that mean we should only support Christian candidates?

Theologian Wayne Grudem would argue no, and I would tend to agree. In Grudem’s book “Politics – According to the Bible,” he points out that God used non-Christian deists like Benjamin Franklin to help build and shape the United States. Grudem also points to the example of Mitt Romney, a Mormon Republican presidential candidate with whom Grudem viciously disagreed with on theology but agreed very much with on policy over liberal Democratic candidate Barack Obama.

A candidate does not need to be a pronounced evangelical Christian for Christians to support them. While I do think it would be preferable to elect more evangelicals, ultimately, there are certain policy positions that would prompt me to vote for a non-evangelical, and even an unbeliever, over an evangelical alternative.

One of the most important policies a Christian should consider is the issue of abortion and whether a candidate is pro-life and will advance pro-life policies. This policy is so important for some that they consider themselves single-issue voters when it comes to abortion. While I am certainly not advocating single-issue voting, I do believe that abortion should be at the top of the list for Christians to consider, and I would strongly discourage any Christian from voting for any pro-choice candidate.

Another issue that Christians should seriously consider is a candidate’s voting record and history when it comes to the issue of marriage. Unfortunately, the issue of same-sex marriage has become an issue that many politicians simply do not want to touch. A record 70% of Americans are now in support of same-sex marriage, including 55% of Republicans, the former party of traditional marriage.

This doesn’t mean debate on the issue is over. In his concurring opinion in the case Dobbs v. Jackson, Justice Clarence Thomas advocated revisiting substantive due process cases, explicitly citing Obergefell v. Hodges, the case that established same-sex marriage nationwide. Additionally, despite shying away from speaking on the issue itself, 157 Republicans in the House of Representatives voted against the deceitfully named Respect for Marriage Act that would codify same-sex marriage at the federal level.

A third issue Christians should consider is the issue of religious freedom. With Christian influence continually waning in culture, having safeguards in place for religious liberty is extremely important. Christians should support politicians and candidates that will respect the personal religious convictions of their constituents.

These are far from the only issues Christians should care about, but they are among the most important. Other issues we should care about and pay attention to are the economy, immigration and trade.

It is extremely important for Christians to be educated on current issues and where candidates stand as they enter the ballot box.