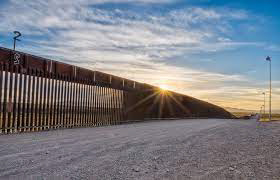 When comparing former President Donald Trump’s method of action toward the immigration crisis with the Biden administration’s current handling of the issue, it is evident that Trump’s focus was more on doing the best for the American people and government policy, while Biden focuses on keeping humanitarian principles intact.

The truth is that the immigration crisis must be handled with both principles at the forefront. Biden and his administration can learn from the Trump Administration and do better.

The Land of Opportunity should be one justly governed and one that seeks the fair treatment and welcoming of foreigners.

In the “Zero Tolerance” policy, the Trump Administration prosecuted adults entering through the southern border for illegal entry. For NPR, Jaclyn Diaz explains that “children can’t be imprisoned with parents and other family members, so young kids were taken into federal custody — resulting in more than 3,000 children being separated from their families.”

Parker, Miroff, Sullivan, and Pager reported in the Washington Post that Biden was ill-prepared to implement policies on immigration as his administration is now facing the biggest upswing in 20 years, with a projected two million migrants at the border by the end of the year. This proves how much of a crisis this has been and will become. According to the Center for Migration Studies, Biden signed eight executive orders into place that would (and will, in time) change the climate of immigration for years to come. It seems one of the motives of the president when embarking on his four-year term was to undo the efforts of former President Trump that some thought to be inhumane. In such attempts, Maurer reports for SHRM that Biden is attempting to be “more welcoming to immigrants and tackle the root causes that lead people to come to the U.S. without legal status.” It may be that the president wants to be empathetic and humane toward immigrants, but that should not give reason to abandon the legal process of citizenship.

Most of the orders so hastily signed into effect on January 20 pertained more to removing policies that posed the threat of inhumanity, while not implementing any protocols that would keep the good portions of those policies intact. Thus, there may not be as many families torn apart, but there are now more immigrants at the border every day. For Fox News, Adam Shaw quotes Steve Scalise, a United States Representative for Louisiana, who says that the Biden Administration “cannot handle the surge of migrants, they are taking over military bases, the Dallas convention center, and the people on the ground are telling you they can’t control it.”

But we don’t live in that world.

Biden’s work is far from done, so it is difficult to comment definitively on what the immigration crisis will look like. Within his first few months of work though, it seems that he may have too much on his plate. We as the American people can only hope that Biden implements policies to show care for illegal immigrants while not allowing the deterioration of the southern borders and the communities who live there.

Justin Bower is an Opinion Writer.