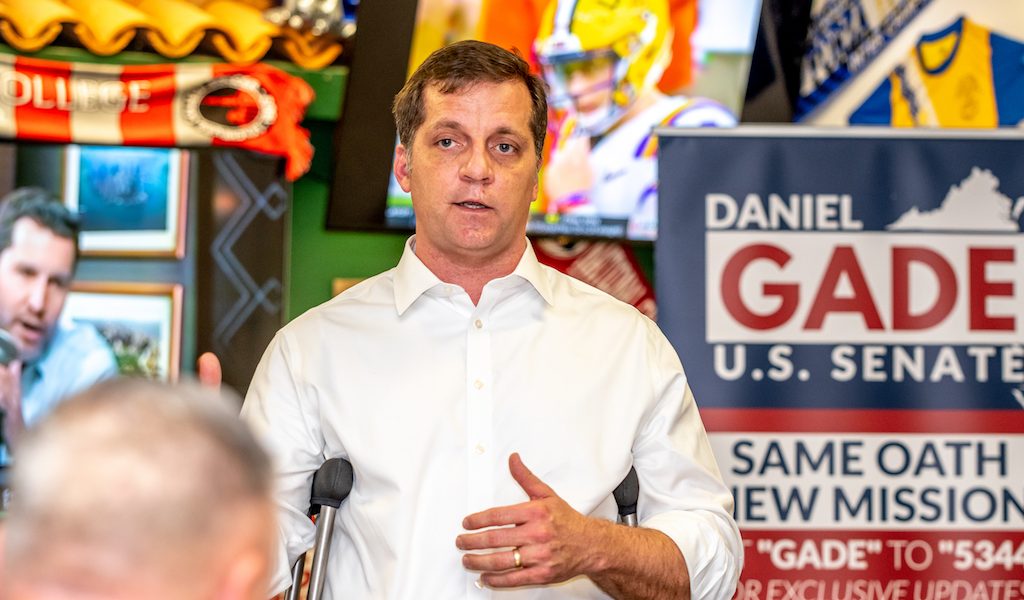 Gade, an army veteran, spoke on the importance of Republicans taking back the majority in Virginia and stressed his support of Second Amendment sanctuary cities just hours before Gade attended the Lynchburg City Council meeting where the council voted 5-2 against making Lynchburg a
sanctuary city.

“This is not about guns but the role of government in our lives,” Gade said.

He discussed politics in Richmond and said he believes the Democratic party has been inaptly controlling the state of Virginia. He said his opponent Mark Warner, the Democratic incumbent candidate, is playing a large role in the government mishandling Virginia politics.

Gade believes because he is new to politics, he will provide a fresh voice
for Virginians.

“What happens when someone stays in politics for a long time is, they begin to compromise their values and they forget that what they’re supposed to be doing is serving the people,” Gade said. “Because I’ve never been a politician, I’m not subject to that problem. I think that’s one of the reasons people love term limits, is that it gets rid of politicians before they become bad politicians, the kind we all hate.”

Despite being a fresh face in politics, Gade is no stranger to serving his country and living a life under oath, due to his military service. His campaign motto is “same oath, new mission.”

“The Constitution gives all officials of the government the same oath, to support and defend the constitution,” Gade said. “I’ve been under that oath for 25 years. Now as I take on this mission of becoming a United States senator, I’ll take on a new mission, but I’ll be under the same oath I have served faithfully under.”

Gade served in the army for 25 years, even after being injured twice and losing a leg. When his Humvee went over a roadside bomb, everyone in the vehicle was killed except for Gade. He spent a year of his life in the hospital, had 40 surgeries, including his leg amputation, and was awarded two purple hearts, the bronze star and the Legion of Merit.

He continued to serve in active duty once he recovered. He was nominated to be a part of the Equal Employment Opportunity Commission by President Donald Trump and Vice President Mike Pence in 2017, but Gade declined the nomination and instead pursued teaching at American University.

It is the same fighting spirit Gade had while in the army that he plans to bring to the election and to Virginians if he secures the U.S. Senate seat.

“Virginians can count on me to fight. I’m a fighter,” Gade said. “I’m not going to be the sort of politician who just rolls over and quits. I have a stiff backbone, and I’m not afraid to use it.”

Gade addressed the recent red flag laws passed by the Virginia Senate Judiciary Committee and said guns are not the problem that needs to be addressed but rather mental health.

“I think we need stronger mental health care. There are ways the federal government can ensure that we have enough mental health professionals to take care of people, that would be a huge step in the right direction,” Gade said. “Having some better links between the national criminal investigation system, the background check the government uses, having some better links between that where we can find people who are mentally ill and can flag them so that they don’t obtain dangerous weapons is a step in the right direction.”