A Tribute to a Hero: more than an athlete, Kobe inspired my generation, and I will never forget 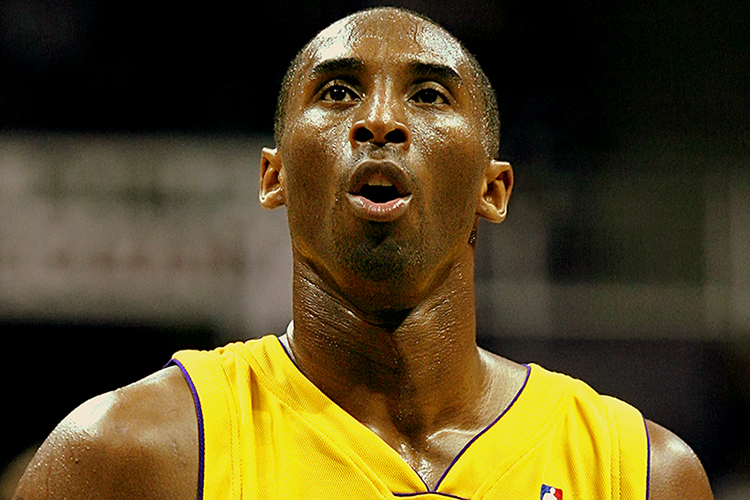 Kobe Bryant died doing what he loved most: helping his daughter become an even better basketball player than he was. He was taking his daughter, Gianna, to her basketball game when his helicopter crashed in Calabasas, California, on Sunday, killing Kobe, 41, Gianna, 13, and seven others.

In the few years since the five-time NBA Champion retired from the game, he has often been spotted in Staples Center watching Los Angeles Lakers games, and his daughter has always been there too. He’s been seen on camera breaking down the game to Gianna, showing her different techniques and strategies.

Kobe learned the game from his father, growing up in Italy, watching NBA games early in the morning hours. He taught Gianna in the same way, giving her a love for the game. She dreamed of playing at UConn, the school her dad supported, and Kobe has coached her travel teams since she was 11 years old.

Kobe and Gianna are survived by Kobe’s wife, Vanessa, and his three other daughters, Natalia, 17, Bianka, 3, and Capri, 7 months.

Kobe’s legacy began with basketball, but has transcended not just that sport, but all sports. Although he is a two-time NBA Finals MVP and 2008 NBA MVP, Kobe hoped he would be remembered as a storyteller.

Kobe is a New York Times No. 1 Bestselling Author and Academy Award Winner for Best Animated Short Film in 2018. When asked in November 2019 how he wanted to be remembered, Kobe said, “As a person that was able to create stories that inspired their children and families to bond together.”

For the people of Los Angeles, Kobe is the greatest athlete in the history of their city. He played all 20 years of his NBA career for the Lakers, winning five championships. For the basketball world, he is one of the greatest players to ever live, ranked fourth all time in scoring and widely considered a top-10 player in the history of the sport.

On a global scale, Kobe is quite possibly the most famous American athlete in the world. His numerous trips to China have endeared him with those people in that culture, and his jersey ranks as the highest selling jersey in all international markets.

But for Kobe, nicknamed the Black Mamba, his greatest legacy is what all athletes who follow in his example look up to: his Mamba Mentality.

“To sum up what Mamba Mentality is, it means to be able to constantly try to be the best version of yourself,” Bryant explained in an interview.

Most fans know about Kobe’s killer instinct, his clutch plays. When kids are playing at the park and they hit a last-second game-winner, they instinctively shout, “KOBE,” a tribute to the most lethal player they have ever seen.

But the Mamba Mentality doesn’t just display itself in game-winning plays and highlight-reel dunks. It is displayed in the consistent determination and excellence with which Kobe viewed both the sport he loved and the life he led.

There are two moments in Kobe’s illustrious career that perfectly encapsulate his character. They happened exactly three years and one day from each other. Both occurred at the free-throw line in the fourth quarter of close games.

April 12, 2013: With three games left in the season, the Lakers needed three wins to clinch a playoff spot. Trailing by two late in the game against the Golden State Warriors, Bryant drove to the basket, spun, got fouled and fell hard. After limping to the bench, a coach told Bryant he had two free throws to take, and the team could not sub in a different player to take the shots.

After the timeout, Kobe hobbled 60 feet across the court from the Lakers bench to the free-throw line. He made both shots, tied the game, the team called timeout and Bryant limped back to the bench and straight into the locker room. After the game the team released the news. Bryant had torn his Achilles tendon – one of the most painful and damaging injuries an athlete can suffer.

April 13, 2016: Before the season, Bryant announced that he would retire at the end of the season. In his final game, the Lakers played the Utah Jazz in front of a sold-out Lakers home crowd. In the final moments of Bryant’s final game, he was fouled, and took two shots at the line.

Kobe made both shots, his 59th and 60th points of the game. The team called timeout, and Bryant checked out of an NBA game for the final time. His 60-point goodbye was the most points ever scored in a player’s final game, and the 5th most points he had ever scored in a game.

The night before he died, Kobe was passed by LeBron James on the all-time scoring list. Kobe congratulated James on Instagram, encouraging him by writing, “Keep growing the game and charting the path for the next.”