Salvation Army celebrates four decades of giving through the Angel Tree, a program that started in Lynchburg 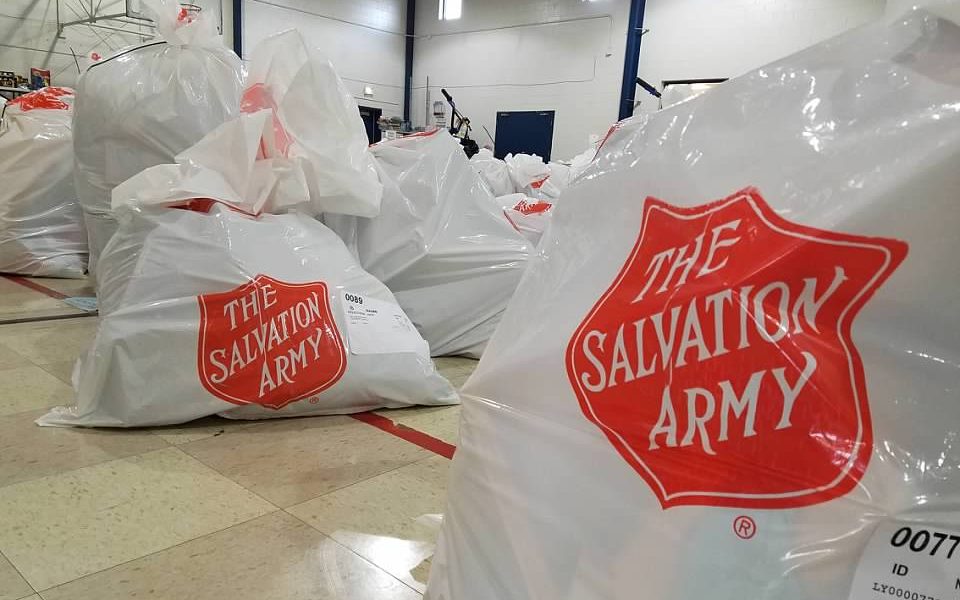 The holidays usher in feelings of Christmas cheer for families all over the world. For many, it is a time of giving and receiving gifts wrapped in colorful paper and bows.

But for many parents in the Lynchburg community, providing Christmas gifts for their children is almost impossible due to financial hardship. To address this problem, a program was born out of a partnership between the Salvation Army and the River Ridge Mall 40 years ago this Christmas.

During the holiday season of 1979, former Salvation Army Captains Charles and Shirley White of the Lynchburg core began a partnership with River Ridge Mall known as the Angel Tree Program.

In an effort of collaboration, the Whites and the administration at River Ridge Mall developed the Angel Tree Program with the needs of local families in mind. Now, 40 years later, the program that started in Lynchburg has spread nationally and internationally, providing children and families all over the world with the hope of Christmas in times of hardship.

River Ridge Mall plays a leading role in the successful execution of the program every Christmas season.

Inside the mall, a Christmas tree is adorned with lights and paper angels. The names of local children are written on the back of the angel, along with the child’s age, shoe size and one or two gift ideas. When people are shopping in the mall, they can pick an angel off the tree and purchase gifts for the child based on information on the back of the angel. Gifts purchased are then left under the Angel Tree for collection.

A celebration of the 40th Angel Tree will take place Nov. 16 in the mall, complete with a holiday parade, a visit from Santa Claus and a speech from General Manager Louise Dudley about the impact of the program. Dudley was working at River Ridge when the Whites developed the partnership. Salvation Army Lt. Col. Charles White was scheduled to speak at this year’s event as well, but unfortunately passed away a few months ago.

According to The News & Advance, Lynchburg’s poverty rate is about 22%, and the effects of poverty are felt by both adults and children in the area. Through the Angel Tree Program, nearly 900 children receive gifts each year in the greater Lynchburg area, according to Director of Development for Lynchburg’s Salvation Army Tammy Shank.

Shank helps oversee the Angel Tree Program. Parents can begin applying for the program on behalf of their children in September. In order to be eligible, parents must show they are active in schooling, present a check stub from their current job or have recently completed a life skills class through the Salvation Army.

“What we want people to understand, and this is kind of the philosophy of the Salvation Army, is we want to give you a hand up, not a handout,” Shank said. “We want to help you.”

Parents who meet the requirements and gain acceptance into the program can enter their children up to the age of 17 to receive gifts from the Angel Tree. Instead of toys, teenagers in the program receive gift cards and clothing or shoes. According to Shank, allowing gifts for children up to the age of 17 was a new idea developed during the 2018 program.

“Most places … will only do up until (age) 12, and that’s what we did for several years, but what we were finding was it was just really sad when you would be able to give toys to the other kids and the teenagers would essentially get nothing because they had aged out. …They want something under the tree, too,” Shank said.

After gifts are collected by the Salvation Army from underneath the Angel Tree, the toys are packed in white bags and bundled up for each family for “distribution day.” In preparation for distribution day, volunteers spend hours sorting gifts and packaging the toys into white bags.

Through the years, Shank has seen the thankfulness of parents who have had their children in the program.

“What we have found is that a lot of the parents that come through (the program) are just so thankful because of the fact that everyone wants to be able to give their child a good Christmas,” Shank said. “I mean, you can hide a lot of your struggles during the year as parents when you’re going through them … but at Christmas time, (the children are) going to become very aware if there’s nothing under the tree.”

Part of the Salvation Army’s core mission is servicing those facing hard times, and during the Christmas season, having presents under the tree gives both parents and children hope, Shank said.

In honor of the 40th anniversary of the Angel Tree Program, the Salvation Army’s National Capital Band will be visiting Liberty to perform a concert Nov. 15 in the School of Music starting at 7:30 p.m. Since 1925, the band of brass performers has traveled all over the United States and Canada and has hosted music workshops in nearly 10 different countries.