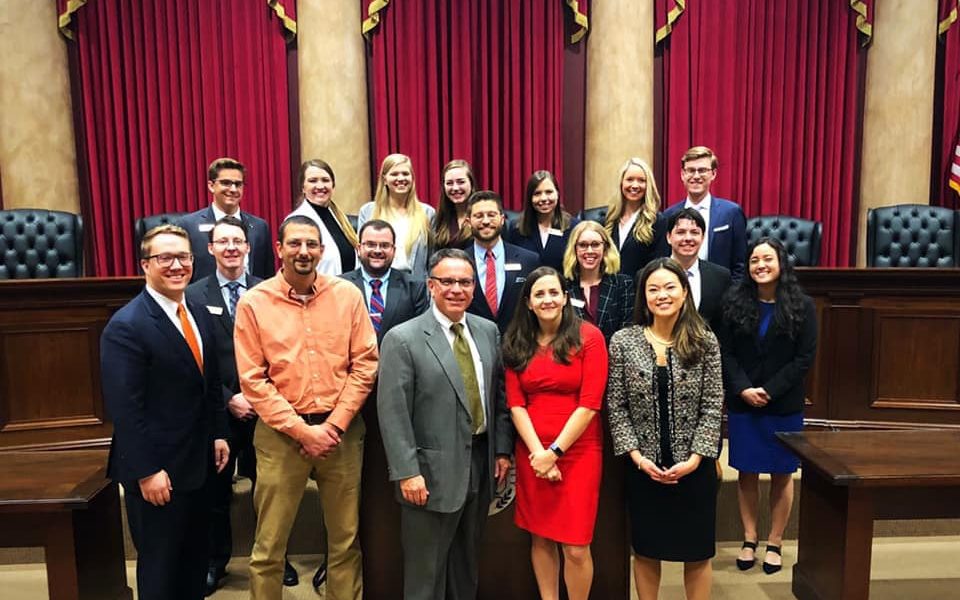 The “Liberty University Law Review” recently hosted its 12th annual symposium in the School of Law Supreme Courtroom to discuss the topic of child abuse in the Christian Church.

Each year, the “Liberty University Law Review” board of editors chooses a topic and hosts a symposium for students and visitors to hear from professionals on the topic. This year’s topic was child abuse in the church.

According to the event’s brochure, “Child abuse and the Church has become particularly relevant in recent years and is poised to become even more so with high profile cases being covered by the media and movements such as #ChurchToo.”

“It is important to bring this issue to the attention of all church members,” Lewis said. “This kind of abuse is not just located in the Catholic Church. It is located in all churches.”

Editor-in-chief of the “Liberty University Law Review,” Christiana Johnson said part of the inspiration for this year’s topic came from shocking statistics.

“Child abuse in the church is such a prevalent issue,” Johnson said. “Recently, an investigative re-port published by the ‘Houston Chronicle’ identified over 700 victims of sexual abuse over the past 20 years within just the Southern Baptist churches.

Planning for the event begins a year in advance. According to Liberty Law professor, Paul Spin-den, coordinating the speakers is one of the hardest parts of planning.

“It takes a good amount of planning and finding speakers that represent every aspect of the area,” Spinden said. “We have to find a time when all of the speakers could come to Liberty at the same time and present, and that’s a logistics problem.”

The variety and importance of the speakers that attended is a reflection of Liberty’s character, Spinden said.

“That we could get individuals of this caliber to come here says a lot about Liberty,” Spinden said. “Their (the speakers’) willingness to travel here to take time to participate in an event that is put on by Liberty indicates that our law school has a great deal of standing and reputation in the legal community.”

Lewis said her favorite part of the symposium was the impact of the speakers. Liberty Law professor, Basyle Tchividjian, led the conversation by asking the speakers a range of questions regarding the law and covered the areas of criminal, civil and Title IX law.

The symposium’s turnout surpassed the previous few years with an estimated 175 people present. Johnson believes that the subject matter is the reason that the symposium drew such a high attendance.

“This was a better turnout than we have had in previous years,” Johnson said. “I think it is because of the topic. I think that the law students and Liberty students really care about this issue. It was encouraging to me not just from the law side, but as a member of the community to see people who really care about it. I believe we really can make a difference.”