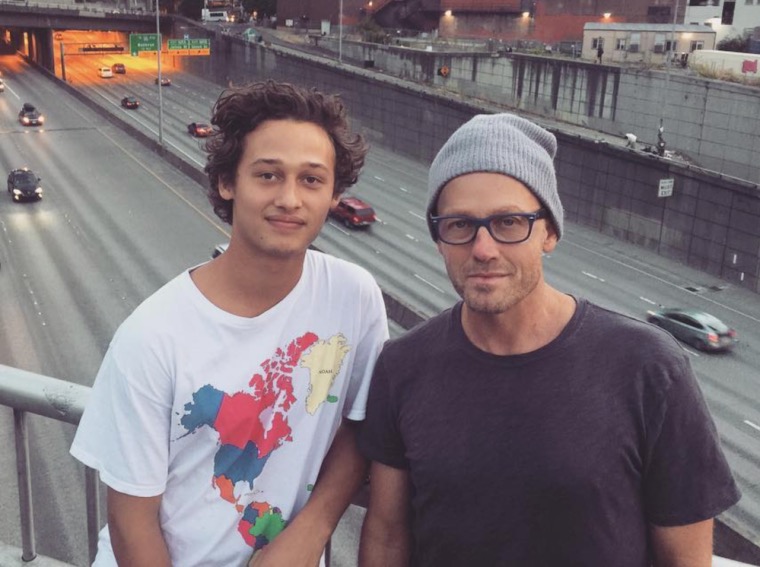 On the morning of Oct. 24, 2019, the music community stopped to mourn the sudden death of TobyMac’s 21-year-old son, Truett Foster McKeehan.

This news struck the Liberty community’s heart as we watched an alumni experience something so heartbreaking that words seemed meaningless.

As celebrities, pastors and musicians hit Twitter to offer condolences and prayer in honor of Truett, my mind drifted to a 15-minute conversation I had with TobyMac a year earlier.

I was a month into my new job as feature editor when the biggest assignment of my short journalism career fell in my lap: writing a review for TobyMac’s brand-new album “The Elements” that would be released a week later.

I had never written an album review in my life, much less interviewed a celebrity. The only factor that qualified me for the job was the fact that I was so determined not to mess it up.

When the day came for the interview, I sat in the Champion office surrounded by my coworkers, clicking my pen nervously and feeling my heart jump when my phone rang at 12:20 p.m.

That conversation was nothing like what I was expecting. I felt like everyone else in the room faded away as TobyMac walked me through the inspiration behind some of the most vulnerable songs he had ever written. In that brief conversation, he shared some wisdom that felt as though it was meant just for me.

I wondered why an artist who held seven Grammys would take the time to relate his struggles to the struggles of a 20-year-old.

For most students, junior year is the hardest of their college careers. It was certainly that way for me. My heart was locked in a cage and I didn’t even know it. I had so many hurts that I had no idea were poisoning me, and I had no intention of acknowledging them. But if an award-winning artist understood a bit of what I was going through, I knew I wasn’t just being weak.

There was one song on “The Elements” that I was sure was special. As soon as I heard “Scars,” I stopped and absorbed every word.

This was the song TobyMac wrote for Truett. I was struck by the rawness of the lyrics and marveled at how a pioneer of modern Christian music could wrestle with something as real as watching his son experience the challenges of the world.

But scars come with living, the song says.

I’m not a songwriter. I’m amazed at how an artist can capture so much of what I’m feeling in three minutes – I forget the song was never written about me at all. I forget that the only way they can relate to my pain is because they’ve felt it too.

I have no doubt that “Scars” reached the hearts of millions of parents who feel helpless as their children grow up and face the world, and millions of young adults who need to know that they would make it through.

I needed to know that I would make it through. I was not weak for going through the growing pains that every person goes through. The pain that Truett went through.

It seems there’s nothing you can say that can even begin to comfort the devastation of losing a child. Offering condolences seems cheap, and flipping back through your memories to find a similar loss so you can relate proves futile.

The only thing I can think to say is that I can’t imagine what that kind of pain would feel like. I feel helpless because TobyMac understood my pain and I can’t do the same in return.

I feel at a loss as I remember how that one conversation changed my life. The Lord used that story to lead me to further healing this past summer when I was offered an internship in a place I wasn’t expecting – in Nashville, a city I would have never have thought to look if that story hadn’t ignited a love for music journalism.

Now, whenever I listen to “Scars” I will remember that it’s never weak to struggle, and that nobody’s pain is too small to comfort. I will think of how much a father loved his son.

And I will remember to “lift my head to where my help comes from.”