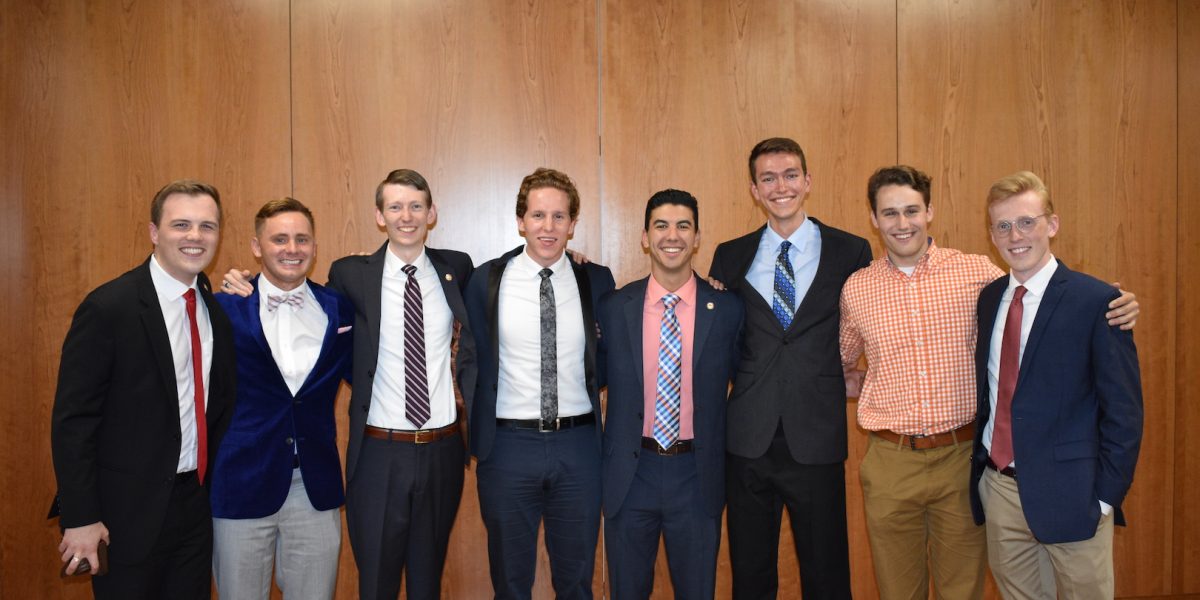 Liberty University’s Student Government Association (SGA) gained a new Speaker of the House  Tuesday, Aug. 27, in its  first session of the school year.

Chris Porter succeeded Christian Lasval as the new Speaker of the House of Delegates and will facilitate the House’s meetings in the legislative branch of SGA.

“My role as Speaker is to make sure that the legislation that delegates are presenting is getting a say on the floor of the House, that it’s being written well, that it’s being researched and that we’ve got enough data to be able to present it to the administration,” Porter said.

Over 160 students currently serve in the House of Delegates, according to Porter. Porter said Liberty SGA is one of the only student governments in the country where any student can become a delegate.

Over the summer, each area of campus was zoned as an individual district. A delegate will be appointed to represent each district of campus, so each student has an advocate on the floor of the House of Delegates.

Porter is most excited about the newly districted campus that will provide better and more personal representation for all students.  Porter said his main goal as speaker will be to ensure the delegates reach out to the students of their district.

Student Body Vice President Esther Lusenge said the executive branch of SGA relies on the House of Delegates to gauge the campus climate and help them better understand what the students want.

Senior Vice President for Student Affairs Dr. Mark Hine calls SGA “the finger on the pulse” for administration to understand the student population.

Student Body President Derek Rockey and Lusenge meet with Hine every other week to discuss legislation and promote the concerns of students.

Being a part of the legislative process allows students to have the ability to effect change and voice concerns to upper administration, according to Lusenge.

“It’s super rewarding,” Lusenge said. “It’s a really, really incredible process that the university’s administration has allowed us to have a voice on campus and voice our concerns in a way that’s both enriching for us as students, but also professional and informative for them as administrators.”

Porter said that most student-implemented change on campus comes through the legislative branch of SGA.

Student involvement and communication is significant to SGA’s success in implementing change.

“I want students to be honest so SGA can really be the finger on the pulse, so we can really gauge the campus climate and know how to best advocate for students,” Lusenge said.

SGA plans to increase the number of delegates this semester to gain a better representation from the student body at large. For more information on how to become a delegate, visit their webpage or follow the link on Instagram.