Sen. Creigh Deeds is using his platform to make a difference for patients after the tragic loss of his son 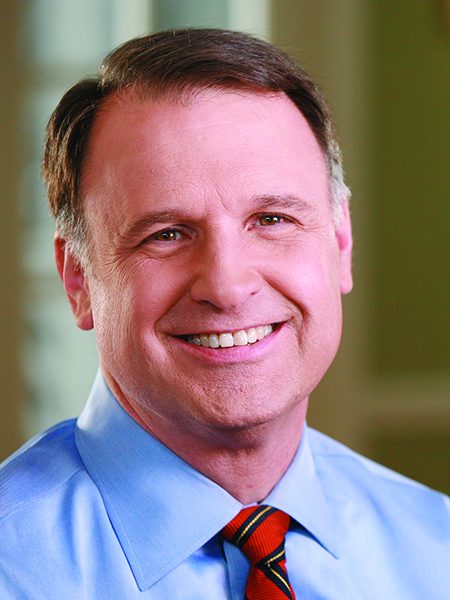 Before Austin Deeds took his own life with a rifle in 2013, he stabbed his father, Senator Creigh Deeds, 13 times, according to The Washington Post.

According to the article, Austin Deeds was described as fun, quirky and kind by those who knew him. What they did not know was how deeply he was struggling underneath his bright persona. When Sen. Deeds found out about his son’s struggles, he sought to put him in a mental hospital, but the agent he worked with failed to find his son a bed in time.

Sen. Deeds filed a wrongful death lawsuit against the agency and received $950,000, despite requesting $6 million, The Washington Post reported.

Sen. Deeds stated in an email interview that in Virginia, the second leading cause of death for 15-35-year-olds is suicide. He said Suicide Prevention Day is an opportunity to raise awareness for the problem.

“Suicide Prevention Day provides a meaningful opportunity to raise awareness and encourage people to talk about mental health concerns, to educate themselves about  the warning signs and to become familiar with resources available in the community,” Deeds said.

A large part of the problem, Deeds said, is a lack of mental health professionals.

“Virginia has more licensed beds than we have functional beds, in part due to staffing limitations,” Deeds said. “We absolutely need more mental health professionals, including psychiatrists, psychiatric nurses and clinicians.”

“Our state psychiatric hospitals are facing high census numbers and have been for a few years. However, most people receive inpatient treatment in private facilities,” Deeds wrote. “The high bed census in our state hospitals is driven by several factors, including the inability to discharge patients due to lack of appropriate services (often housing related) in the community and a decrease in the number of involuntary patients accepted by private hospitals.”

In addition to needing more professionals, Deeds told wtvr.com that they also need more time to diagnose and assess patients.

“Sometimes a person is just in crisis and you can figure out how to address that crisis if you have a little more time to do it,” Deeds said. “Maybe they won’t need to be hospitalized —  maybe they just need a prescription.”

According to wtvr.com, Deeds says the mental health issue is bipartisan and law makers are working to fix Central State, a psychiatric hospital in Petersburg, Virginia.

As for the scars, though he could have them surgically improved, Deeds has decided to keep them to serve as a reminder of what he has been through and demonstrate his perseverance, according to wtvr.com.

“Back in 2014, the surgeons wanted to work on my face, and they had plans and all this, and we did some things, and then they weren’t finished,” Deeds said. “And I said, hold on a second, you know, it might help me be more effective if people can constantly be reminded that I’ve struggled with some of these issues in a personal way … it’s certainly motivated me and it’s helped me stay focused on what we have to do.”