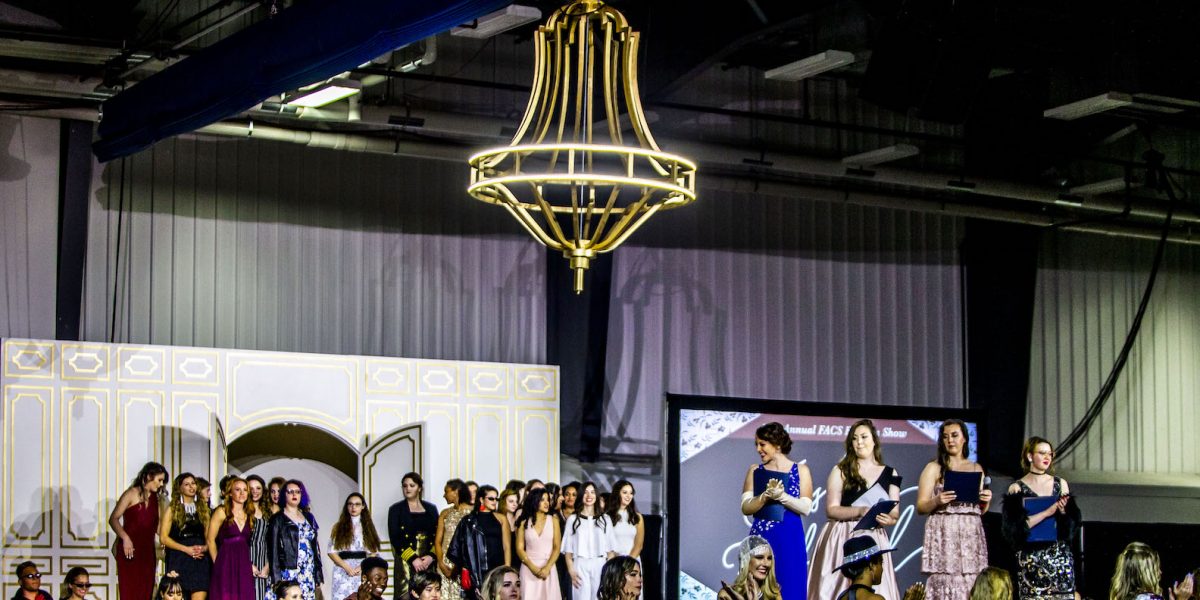 From the simple, elegant designs of the early 1900s to the striking futuristic looks inspired by “The Matrix,” fashions of the decades graced the runway Saturday, April 6, 2019, for the annual FACS fashion show held in the LaHaye Multipurpose Center.

Designers began the process of creating their garments in September 2018. The designers started from nothing, using inspiration from one single decade to create a modernized piece of art.

The theme of the event, “Fashion Unfolded,” was apparent even from the first garment that took the runway, a houndstooth mermaid gown inspired by Chanel designs of the 1940s.

The proceeds of the show were donated to Liberty University’s Habitat for Humanity club, to raise money and build houses for poverty-stricken individuals.

The show ended with best in show being awarded to the 1950s-inspired design of Stephanie Hayes.