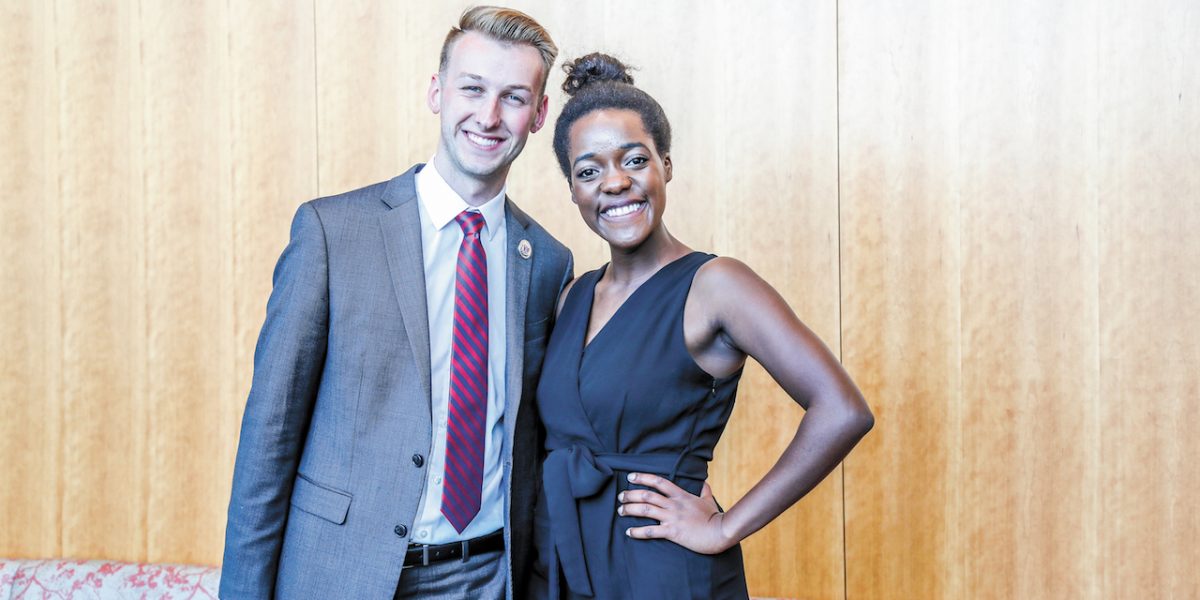 Derek Rockey and Esther Lusenge were officially inaugurated April 24 to the positions of student body president and vice president, respectively, after an uncontested campaign.

According to Election Commissioner Luke Broadway, the pair won 89 percent of the votes from students, with 11 percent of the votes going to write-in candidates. Since the pair ran uncontested, this election week was much different than any other campaigns Rockey and Lusenge have experienced in the past.

In two other past elections, Rockey and Lusenge ran on separate campaigns against one another, and their decision to run together during this election came as a surprise to many of their past supporters. In the 2018 election, the pair fiercely campaigned against one another for the student body vice president, with Rockey taking the win with his running mate, Jake Page.

Rockey and Lusenge have openly admitted that their past campaigns had put a divide between them, but they were able to reconcile their relationship over the summer when the pair attended a trip to Israel through LU Send. The two had an opportunity to talk about their past campaigns when they ran against one another – once in class elections and again in student body elections – and begin to resolve the problems they had.

When the pair decided to run together, another campaign team initially planned to run but dropped out of the race before anything was formally announced, leaving Rockey and Lusenge to run unopposed. However, this did not stop Rockey and Lusenge from promoting their campaign on social media and rallying support from the student body.

“By being intentional and not expecting people to come to our table but inviting them or even going out to them and bringing them in … I think we’re going to be able to continue to build and establish great relationships with our peers and unify them on what unifies us,” Lusenge said.

During the inauguration April 24, Rockey and Lusenge gave many thanks to their supporters and expressed their excitement to serve the student body in the 2019-20 school year.