Liberty athletics looks forward to a busy summer of games 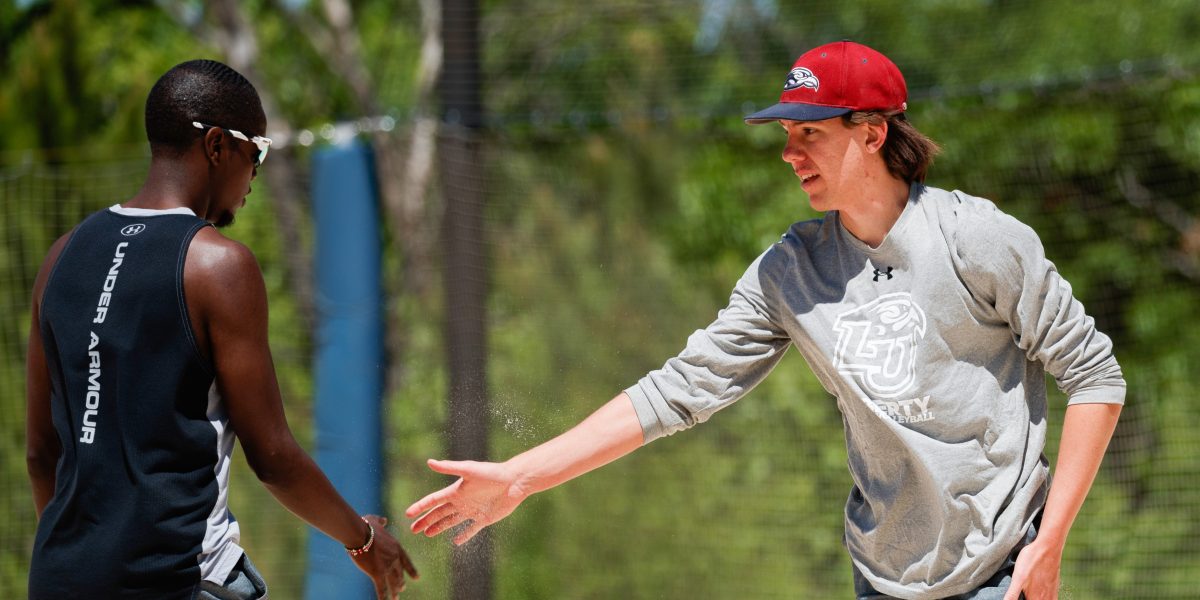 Though the end of finals week sees most students leave campus for the summer, athletic events keep Liberty buzzing throughout the summer months, attracting thousands of visitors to Lynchburg.

In one of the highlights of the summer, an expected 14,000 athletes and fans will flood Liberty’s campus for the State Games of America, a national-level amateur sports competition, from July 31 to August 4.

Liberty has hosted the Virginia Commonwealth Games, a regional amateur competition, for the past three years, but in 2016 it won a bid to host the 2019 State Games, taking the place of the Commonwealth Games for the year, according to Liberty’s website. Club Sports Assistant Director of Recruiting and Special Events Kaycee Tripp, one of the organizers of the games, hopes to see this new event raise Liberty’s recognition throughout the amateur sports community.

“When they (visitors) get to campus, it’s mind-blowing how much we have to offer and what we have on our campus,” Tripp said. “We’re bringing kids on campus as young as 6 years old … so just the potential to get them in and showcase our facilities. The tournament is actually being run by our coaches – so if they come and play in the ultimate tournament, that tournament is actually being run by our ultimate coach, for example.”

Liberty has worked closely with the city of Lynchburg to coordinate logistics for the event, with staff from the university and various city organizations meeting in joint planning sessions over the past few years. The partnerships between the university and the city have grown as a result, Tripp said, and the team hopes to see Lynchburg benefit from the influx of visitors.

“The economic impact is huge,” Tripp said. “By us getting the bid to host this, we’re bringing all of these families here, and they’re going to be eating at the restaurants in the city, they’re going to be sleeping in the hotels in the city. So not only are we benefiting from a university perspective and not only are Virginia Amateur Sports getting the athletes and helping the kids, but our city is benefiting hugely from the economic side of it.”

Though the State Games will draw the highest volume of visitors throughout the summer, Liberty’s sports teams will also bring a steady flow of young athletes to campus for a series of camps for sports from field hockey to swimming and diving.

The men’s basketball team will host three main types of camps over the summer, including day camps for younger athletes, team camps and elite camps for aspiring college basketball players. With the Flames performance in the NCAA Tournament this year, interest in Liberty has risen among younger players, and Director of Basketball Operations Chelsea Mangino believes the experience can serve as an inspiration for young players to pursue their dreams.

“I can imagine it’s a little surprising,” Mangino said. “Sometimes when you come from far away you don’t know what Liberty has to offer, so just being able to play on the main court of Vines in an arena like that, being coached by Division I coaches, and elite ones at that – I think it’s something that definitely is an opportunity for them to take advantage of.”

Players who come to the team camps get to experience a full overnight schedule of life at Liberty, including staying at the dorms on campus, eating at the cafeteria and playing in team competitions at Liberty’s facilities. Though some players scouted at elite camps might eventually play for Liberty, Mangino hopes that the camps’ influence will extend beyond just recruiting.

“(The players) get the full experience, and there’ll be kids on teams that may not play college basketball, but they get to stay at Liberty a couple nights and may end up wanting to come to school here later,” Mangino said.

For some Liberty teams, the summer is a time for training and recruitment, but for others it is a time for travel and competition. Club Sport’s growing beach volleyball program aims to travel to southern California this summer to play in nationals against a lineup of NCAA teams for a second consecutive year, with the men’s team competing this weekend for a spot in the tournament.

Head Coach Kaleb VanDePerre looks forward to the unique environment the tournament provides to his players, regardless of whether they win or not.

“In the United States and maybe the rest of the world, southern California is the beach volleyball spot,” VanDePerre said. “We’ll be at the beach, and Carrie Walsh will be training three courts down, an Olympic gold medalist time and time again, and she’ll be hanging out right next to us at the court. … Just being around so much volleyball at such a high level gets everyone really excited.”

For Liberty athletics, the summer provides the chance to explore these kinds of opportunities that might not present themselves during the school year. Though most students go home for a welcome break from academic life, Tripp wishes they could experience the action around campus during the summer months.

“I think sometimes the students think that campus slows down when they leave, and I always like to debunk that myth and let them know that we are just as busy, if not busier, when they’re gone,” Tripp said.