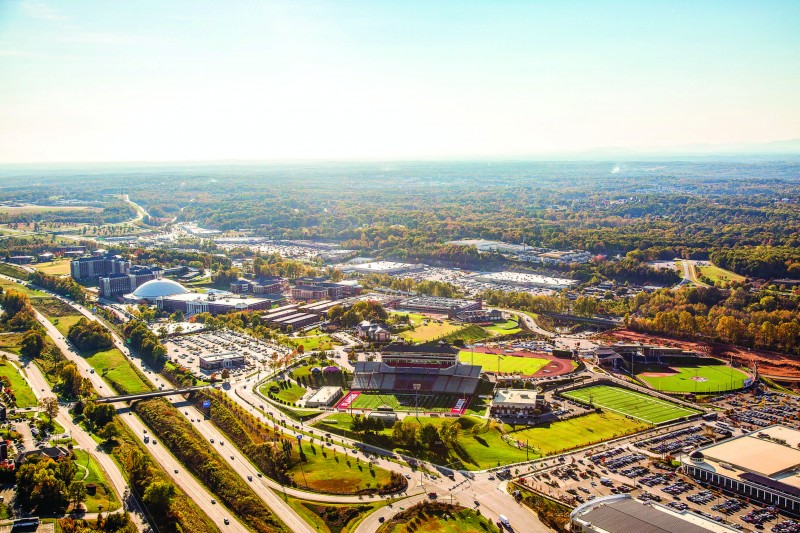 Once a small and private campus, Liberty University has flourished into a school with a world-wide reach. Since 2007, the university has witnessed a variety of changes regarding the appearance of campus, the addition of academic programs and the transition of leadership. Nonetheless, Liberty has stayed consistent to Dr. Jerry Falwell Sr.’s original vision while still making the necessary improvements to grow and have a larger impact in the world.

“When Doc Sr. passed off the scene, I think there was a time when people speculated that Liberty would nosedive,” Senior Vice President for Student Affairs Mark Hine said. “Doc Sr. was such a commanding presence and personality that folks had a hard time envision how this place would run without that, but it has been absolutely amazing to watch Jerry Jr. step in and see Liberty skyrocket.”

Hine said he has enjoyed working under both administrations and feels blessed by the school’s level of leadership and integrity since his arrival near the beginning of the university.

“God used Doc Sr. to establish the foundation, tenacity and the can-do spirit that exists in this place, and his son to come behind him with the mind to take what is established and allow God to use him to build what we see today,” Hine said. 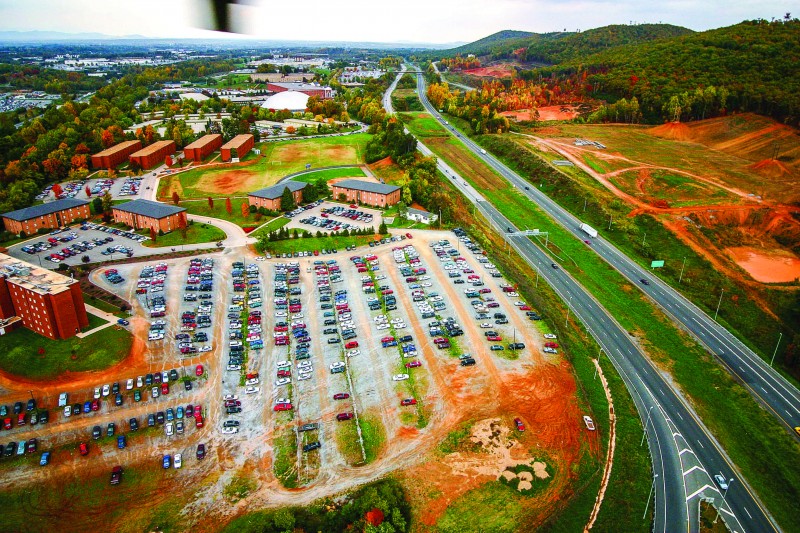 Founding Dean and distinguished professor of religion Dr. Ed Hindson said when Falwell Jr. stepped up to the position 10 years ago, he brought a much younger focus to the university. In addition, Hindson said Falwell Jr.’s energy has helped give the campus a revitalized look and feel.

“He was able to take his father’s vision and make it a reality.” Hindson said. “He has maintained the commitment to the Christian distinctive of Liberty while helping the school grow into the 21st century.”

Hindson said Falwell Jr.’s sense of structure and design has inspired much needed change on campus. While these updates have improved the efficiency of the buildings and facilities, Hindson said they have also helped attract a new group of students to the school.

“We not only have first-class student and academic programs but also world-class facilities,” Hindson said. “It has given Liberty an opportunity to influence the region, the nation and ultimately the world.”

Fine said the impact of Liberty’s population has stretched far beyond campus and into the local Lynchburg community. In fact, he said a lot of the hotels and restaurants on Wards Road and the downtown area have sprung up as a result of the growing student body. Hine said the city has also made a lot of road improvements to accommodate the constant traffic coming in and out of campus.

“An educational institution is always going to do big things for small towns,” Hine said. “I can tell you that Lynchburg was a sleepy town once, but it’s definitely awakening and really taking advantage of this crowd of young people.”

Ron Hawkins, provost and chief academic office, said the more recent growth of technology has also made it possible to grow the online programs and better serve the residential students. He said the school now offers more than 500 degree completion plans with hundreds of specific concentrations. In addition, Hawkins said Liberty is dependent on technology for the campus programs, including BlackBoard and the meal swipe system.

“We’ve built more and more opportunities for our students, provided them with better facilities, and raised the quality of our academic programs so that a Liberty education is on par with the best they can get anywhere,” Hawkins said.

As the school and is academic programs have evolved, so have the campus guidelines. While significant changes have been made to the Liberty Way over the past decade, Hine said the university has not changed in its original mission. He said the leadership as Liberty has always worked to foster a compassionate and redemptive atmosphere for students.

“I think over the years we have continuously attempted to identify things that we could change, but wouldn’t alter the character of this place,” Hine said. “Consequently that has resulted in relaxing some of the rules and regulations to make this kind of more like home rather than a military institution, without touching what is unique and special about Liberty.”

Overall, Hawkins said he is excited about the even greater work God will do through Liberty in future years.

“At the heart of this place embedded in our DNA is a commitment to the truth of the Word of God and the message that we are deeply loved by God,” Hawkins said. “We seek to be known by our care for one another and by our commitment to educating world-class graduates who are competent to make an impact in the marketplaces of our world.”