Flames back on track 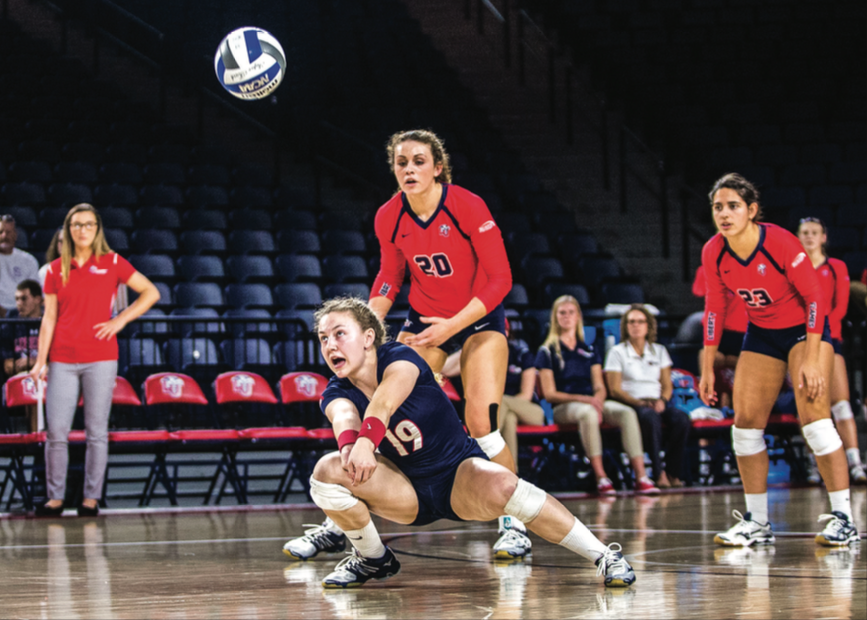 The Flames returned to their winning ways after their loss Oct. 25 at home against Radford, a match that ended a season-best eight-game win streak for the Flames. 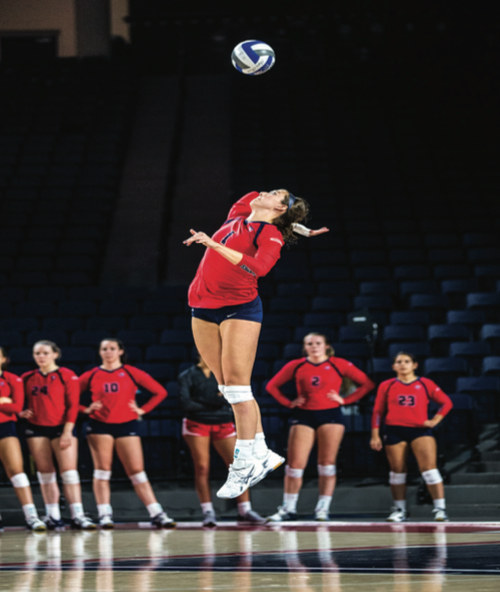 “Coming back with a win today at home helps us learn from the Radford loss,” Flames Head Coach Shane Pinder said. “We had to come back today and respond at home against a team in Asheville that’s won four out of their last five.”

The Flames continued to receive big contributions from young players on the team. Freshman outside hitter Leah Clayton finished the game with nine kills, three aces and 10 digs.

Fellow freshman outside hitter Casey Goodwin had two kills in one set of play.

Gragg and Clayton have both received Big South freshman of the week honors twice this season, while Goodwin has earned the honor once.

“We all connect,” Clayton said. “Our strength and conditioning coach said when he’s with us, he doesn’t really know who’s the upperclassmen and who’s not. Helping each other out has made it easier to be freshmen.”

Pinder was not surprised with the way his freshmen showed up to play and looks forward to having them on the squad for the next couple
of seasons.

“In some occasions, (the freshmen) are a little bit beyond their years,” Pinder said. “They’re showing up and making the right plays at the right time. It’s encouraging for the program.

The Flames jumped out to a commanding 8-1 lead in the first set.

The Bulldogs managed to trim the lead to 9-5, but that was as close as they would get as Liberty won the first set 25-18.

“(In) those first eight to 10 points, we executed exactly the way we wanted to,” Pinder said.

“We stayed on game plan, and to see them bounce back and get a quality win where they had to make plays and earn it was good to see for the next few matches down the stretch. We did a good job of taking away the things (UNC Asheville) wanted to do. We kept pressure on them.”

Clayton led the Flames in the first set with five kills, followed by junior outside hitter Gabrielle Vess, who had four.

The Flames jumped out to a 9-4 lead in the second set, but the Bulldogs refused to back down and cut the lead to 17-14, causing Pinder to call a timeout.

“They made a couple swings that were just good swings,” Pinder said. “We had to protect the ball a little bit better, stay aggressive (and) stay patient.”

The Flames responded by winning eight of the next 13 points to win the second set 25-19.

Clayton and Vess each had eight kills in the second set to lead the Flames, while Gragg added six more.

The Flames finished the second set hitting with an 84 percent success rate.

The Flames won the decisive third set 25-19 with five kills from Vess.

After battling back and forth throughout the beginning of the set, the score was tied 11-11.

The Flames won the next five points to take the 16-11 lead, and the momentum from that run helped the Flames seal the sweep of the Bulldogs.

“That was definitely a turning point for us,” senior defensive specialist Michelle Melendez said. “We wanted to get on a run and slow them down and make sure we kept going forward from that.”

The win gives the Flames their ninth victory in their last 10 matches, and they remain in sole possession of second place behind Radford in the Big South in the weeks leading up to the Big South volleyball championship tournament.

The Flames next home game is Friday, Nov. 4 at 7 p.m. against Presbyterian.