To Trump, or not to Trump 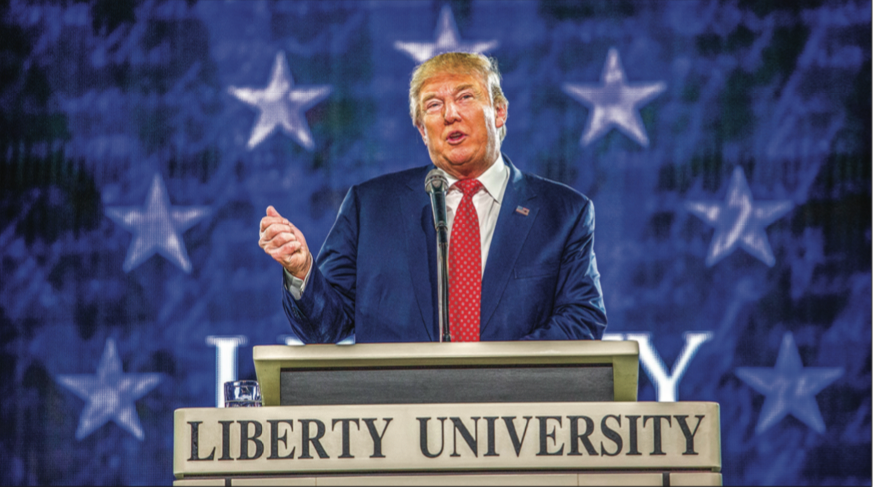 As Nov. 8 approaches, Liberty University students and staff are not only divided over who they personally will vote for, but also who the majority of Liberty will vote for and how President Jerry Falwell Jr.’s endorsement of Donald Trump impacts Liberty.

On Oct. 12, a group named Liberty United Against Trump released a statement criticizing Falwell’s endorsement and said they are “tired of being associated with one of the worst presidential candidates in American history.”

“A majority of Liberty students, faculty, and staff feel as we do,” the statement read. “Donald Trump received a pitiful 90 votes from Liberty students in Virginia’s primary election, a colossal rejection of his campaign.”

The statement cites how Trump “brag(ged) about sexually assaulting women” and claims Falwell “rushes eagerly to his defense — taking the name ‘Liberty University’ with him.”

Falwell responded to the statement saying though he is proud of the students for speaking their minds, he believes their statement is “incoherent and false,” according to The Washington Post.

“The group (led by a never-Trump activist) claims to have between 200 and 1,200 signatures on a petition but admits that many of these signatories are not Liberty students,” Falwell said.

On Oct. 13, Liberty Student Body President Jack Heaphy released a statement on Twitter, saying that “Despite the media’s attempt to portray LU’s student body as being at odds with (Falwell), the truth is that they (the media) are wrong.”

“Contrary to what the media is reporting, the majority of students at Liberty University agree with President Falwell and respect his decision to support Donald Trump,” Heaphy wrote in the statement.

“They are not blindly following President Falwell, but rather have a shared understanding of the danger a Hillary Clinton presidency represents and what it could mean for the Christian freedoms we hold dearly.” 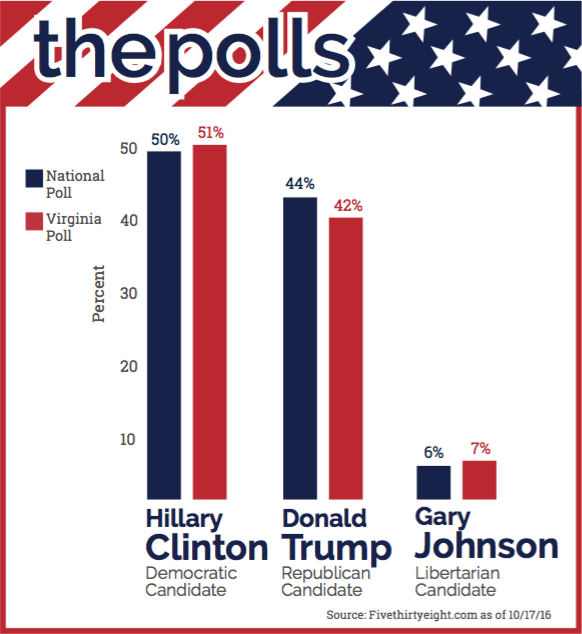 On Oct. 13, Falwell released an official statement on the matter through the Liberty University News Service.

Falwell said the reason Trump scored so few votes in the primary at Liberty was because there were many Republicans left in the race at that time, but that when Gov. Mike Pence spoke at Convocation Wednesday, Oct. 12, the students’ applause and standing ovations indicated their support for Trump.

Falwell also addressed the claim that he has been touring the country for the Trump campaign, saying he only traveled with the campaign one weekend in January.

“I always make it clear to the media that my endorsement of Trump is my personal endorsement only and that I am not speaking for Liberty University, its students, faculty or staff,” Falwell said in the statement.

“I am only fulfilling my obligation as a citizen to ‘render unto Caesar the things that are Caesar’s’ by expressing my personal opinion about who I believe is best suited to lead our nation in a time of crisis.”

Clarke is the managing editor.

ShareTweet
tagged with A majority of Liberty students, and staff feel as we do, faculty, or not to Trump, Students publish statements on GOP presidential nominee., To Trump