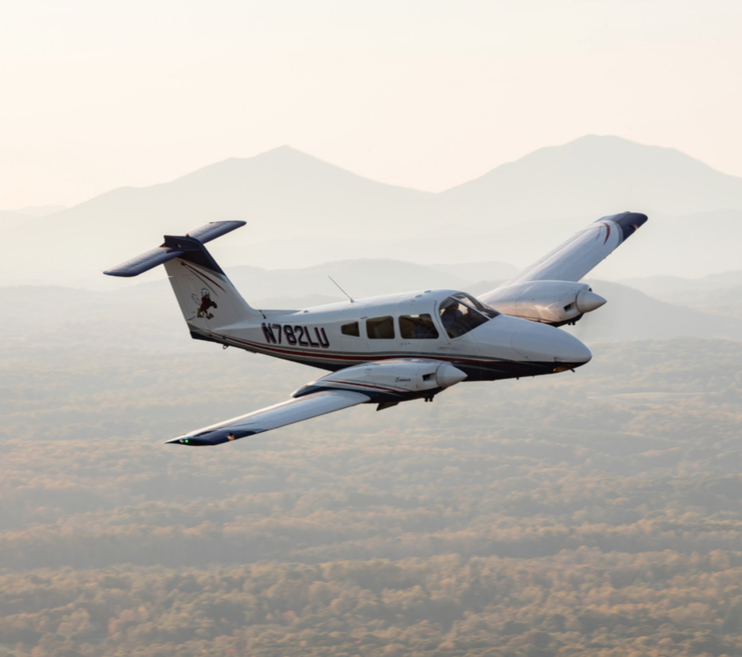 Students at Liberty University’s School of Aviation resumed their training flights Thursday, Oct. 6 after two weeks of not being able to fly due to issues with the engines in the majority of the school’s planes.

On Thursday, September 23, Liberty aviation students were told that flight training would be restricted until the aircraft could be further inspected.

As a result, students’ training schedules were temporarily disrupted, and required training was be accomplished through flight simulators to help students stay on track with their syllabi.

“We had been experiencing a higher frequency of engine cylinder replacements due to cylinders being out of normal tolerance, and all of the discrepancies were discovered during our normal inspection process on the ground,” Dean of the School of Aviation, Jim Molloy said.

“To ensure a very safe aircraft fleet, we accomplish more inspections than most aircraft owners would accomplish, and we take a very conservative approach to keeping the aircraft in the best shape possible.”

According to Molloy, inspections by maintenance crews showed that the engine cylinder pressure in the planes was slightly out of normal limits.

The resulting frequent replacing of the cylinders proved to be both expensive and time consuming.

Upon further investigation, the maintenance technicians found components that need to be replaced.

Once replaced, the school is accomplishing even more frequent inspections to ensure that everything remains normal.

The school communicated with the engine manufacturer, Lycoming, constantly during the whole process to fix the problem as soon as possible.

The school also communicated with other schools that use the same aircraft.

According to Molloy, working alongside Lycoming throughout the process was essential to returning the planes to flying status in a short amount of time.

Other schools that use the same aircraft.

According to Molloy, working alongside the engine manufacturers throughout the process was essential to returning the planes to flying status in a short amount of time.

“It’s to their benefit to help us out to ensure the problems are resolved,” Molloy said.

To further ensure safety, Liberty immediately restricted flight on most of the aircrafts when they found the anomaly, which in turn caused some delays in flight training.

According to aviation sophomore Ki Guillen, not being able to fly stressed a lot of aviation students. 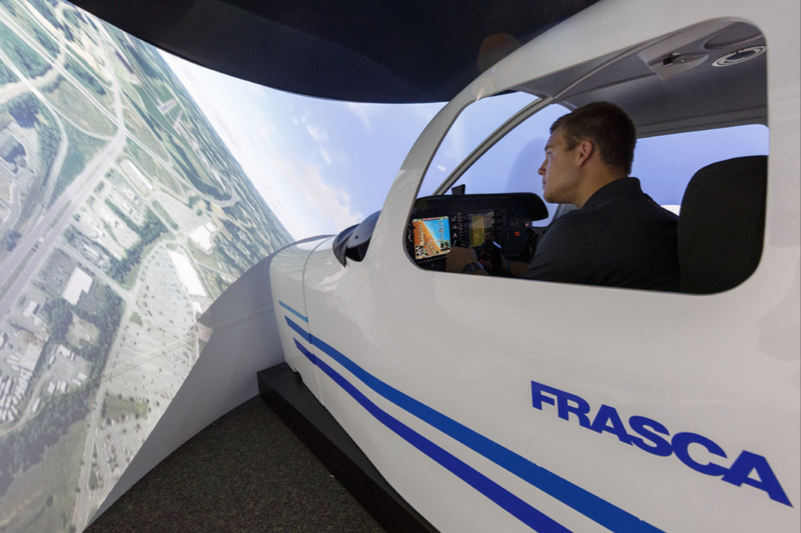 NEXT BEST THING — Aviation students practiced flying in a simulator to log their required flight hours mandated by the school of aviation. Photo credit: Joel Coleman

“We had a lot of free time, which is weird for us, because it’s not something we’re used to,” Guillen said.

“So a lot of us spent that (time) studying and trying to figure out what we were supposed to be doing. It definitely led to a lot of tension in the aviation department. Everybody was anxious and nobody really knew what was going on.”

Molloy noted the maintenance crews have been working longer hours with lots of overtime to make sure all the engine problems were corrected in due time, and the engine and aircraft manufacturers frequently offered their assistance in fixing the parts of the engines.

The school of aviation was also assisted tremendously with top-of-the-line flight simulators available for students.

The simulators were used for students to log hours and receive required training during the time when planes were grounded.

Despite the high-quality experience presented by the simulator, though, aviation senior Kevin Kramer noted the experience cannot match up to flying a real aircraft.

“With the simulator, it has everything the same as the airplane, it’s just that you don’t have the same feel as you have in the airplane,” said Kramer.

Molloy said the restrictions placed on the planes, although hindering to the students’ ability to log in flight hours, was absolutely necessary to ensure the safety of the students and faculty.

“It’s not just the FAA enforcing safety, it’s not just safety inspectors, it’s everybody in aviation.”

Guillen noted many students were frustrated by not being able to fly, but she is thankful Liberty prioritizes the safety of their pilots.

“Our flight school is very, very highly ranked for safety,” Guillen said. “I think we’ve only ever had one incident in the 15 years of our flight school.

It made me feel comfortable in the situation that I’m in knowing that my school values safety over just popping out pilots.”

According to Molloy, the school of aeronautics is back to its normal flight schedule as all of the planes were categorized as safe to fly in.

PANYARD is a news reporter.