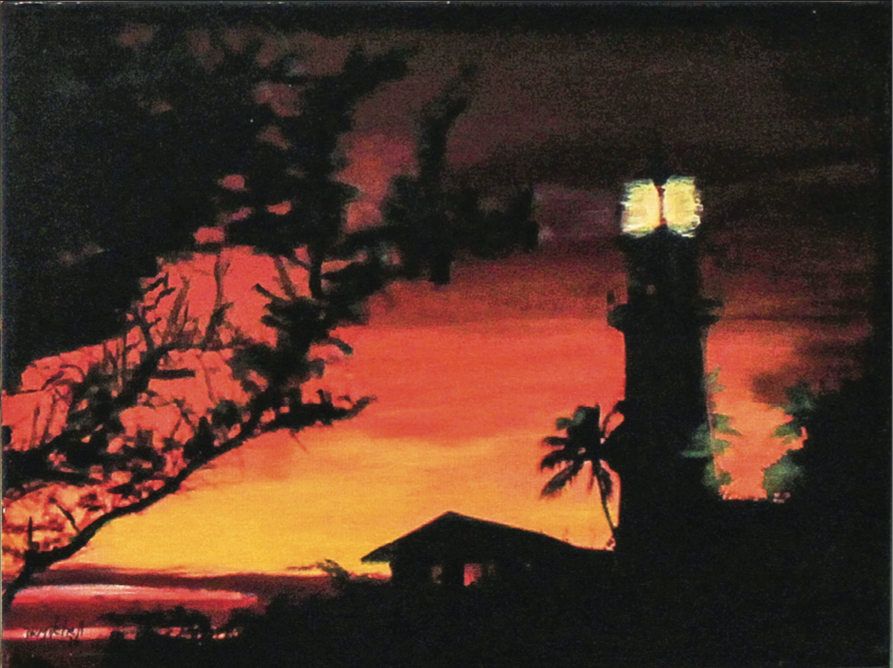 Before Liberty University Professor Dan Mitchell picked up a paintbrush a year and half ago, he saw himself primarily as a teacher concerned with abstract ideas
and doctrines.

More than 200 paintings later, the professor of theology is known by many as an artist.

However, Mitchell says he was unaware of his talent as a painter until recently.

“I actually find myself bragging about some of the work that I do as if it was somebody else’s, and I think it is,” Mitchell said.

“There are times when I’m working on a canvas where it seems like the brush is under the control of another force.”

Currently, The Summit, a retirement community in Lynchburg, has a collection of Mitchell’s artwork on display.

The Lighthouse Collection contains portraits and landscapes, many of which feature lighthouses and ocean shores.

Mitchell said his work is inspired by his own experience volunteering at the Lighthouse Community Center, a ministry that seeks to provide personal and spiritual growth to those in downtown Lynchburg.

He also pastors the Lighthouse Community Fellowship, the church that grew naturally out of the center.

Mitchell said seeing the transformation in people’s lives at the Lighthouse inspired him to begin sketching portraits of those who stepped through the door.

“I credit the experience of working at the Lighthouse with just sparking this,” Mitchell said.

“The word that describes what I do when I paint is ‘joy,’ and I find myself singing while I’m working. It’s because of what we do at the Lighthouse and the tangible ways that we see God change people.” 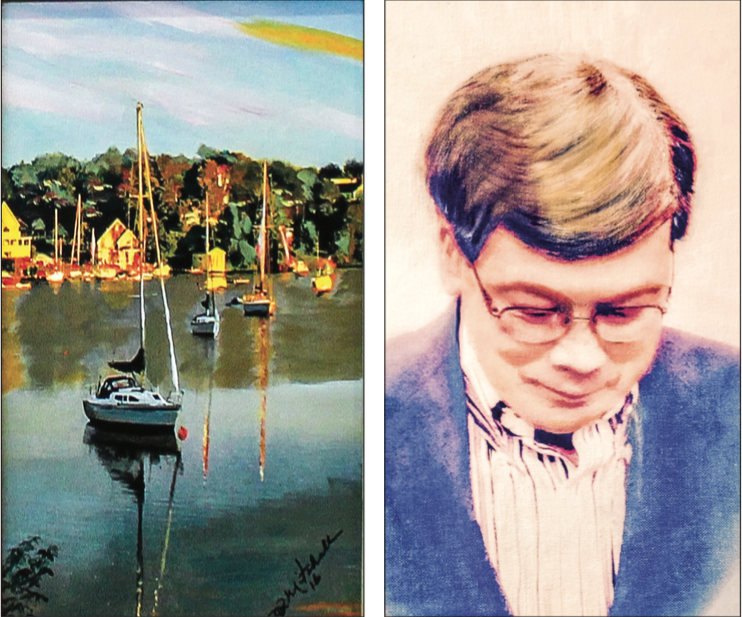 PAINT — Mitchell has painted many subjects, including a portrait of Dr. Ed Hindson (right).
Photo Provided

Mitchell’s daughter, who co-founded the Lighthouse, has personally seen how his artwork has had a dramatic effect on the individuals he gives paintings to.

She said the inspiration he receives to paint these pieces of art comes directly from God.

“When God gives him incredible images, he just surrenders over his whole strokes and lets the Lord lead his brush,” Brown said.

Brown said she is still surprised by the amount of art he creates each day.

“He continues to evolve, and every day he produces something new,” Brown said.

“He’ll just walk into the office and say ‘What do you think about this new painting?’ And I’m like, ‘When do you sleep?’”

When Mitchell first started sketching portraits, he said he became dissatisfied with the medium he was using.

He wanted to experiment with paint and brushes.

Although he was told that at the age 73 he was too old to learn to paint, Mitchell decided to buy oil paints and canvases.

From his first attempts, he said others were shocked by how naturally painting came to him.

ON DISPLAY — Mitchell’s works, including this painting, are currently being displayed at The Summit.
Photo Credit: Amber Tiller

After Mitchell attended a lesson in watercolors at The Summit, the executive office contacted him wanting to collaborate with him, eventually deciding that they would like to have an exhibit of Mitchell’s work.

The first art show in April and May of this year sold 17 paintings, and the current exhibit will display his work until the end of the month.

Mitchell, who has been a professor for 40 years, sees his artwork as a reflection of the theological truth he teaches his students.

“I’m an academic at the end of the day,” Mitchell said.

“So, for me it’s not just about painting. It’s about truth and beauty. We live in a world that wants us to think God is ugly. But God isn’t ugly, he’s beautiful.”

Mitchell shows that synthesis of truth and beauty in his paintings.

One painting entitled “Self Portrait” depicts him painting an image of Jesus.

Within the piece, the image of Jesus that he is painting is reaching out his hand and grasping Mitchell by the wrist.

Mitchell said the painting reflects his own personal faith in Jesus.

Although Mitchell has just started painting, he does not plan on slowing down any time soon.

”I don’t know where it’s all going to go, but I feel like it’s probably going to dominate the latter season of my life,” Mitchell said.

“I have a story, and I find myself somewhat astounded by the whole thing.”

Covey is a feature reporter.