Every year, our nation celebrates Martin Luther King Jr. Day. This holiday takes place each year on the third Monday of January. It is a day we honor the man who dedicated his life to replacing hatred and prejudice with love and respect. 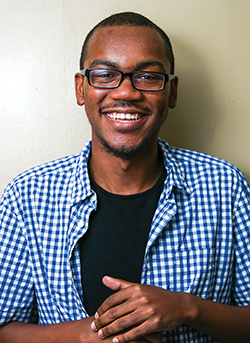 King was a humble man who preached about unity. His famous “I Have a Dream” speech was one of many instances where King spoke and captivated the minds and hearts of those who understood what exactly it was he fought for. As an African American male, he wanted to be treated with the same respect as those not of color. He was killed for wanting such a thing.

More than 40 years after his death, we still celebrate his life. You can say what you want about racial issues in this nation, but no one can deny the substantial and significant improvements made over the years. Much of that can be accredited to King. For that, among many other things, we celebrate his life in January, his birth month. All public institutions have Martin Luther King Jr. Day off as they do with most federal holidays. However, private institutions do not. Liberty University is of no exception. Some consider this neglecting to honor King. However, I offer the perspective that by having class, I was in fact able to honor King.

In the 1950’s and 1960’s, African Americans could not attend certain colleges. They could not do much without receiving heavy backlash for that matter. They could not work with white people, eat with them, speak to them unless spoken to, or be educated with them.

Fast-forward 50 plus years. I, an African American student, went to my classes, attended a speech conducted by a presidential candidate, and reported on it as my job requires on the day we honor King. All of this done at an institution located below the Mason-Dixon line. During King’s time, this was unheard of. But I truly believe this is exactly what he would have wanted in the first place. I am black. But here in Virginia, I am not hated because of it. I can get a quality education. I have a job. I have friends who I consider brothers. None of that is affected because of my race, which is precisely what King lived and ultimately died for.