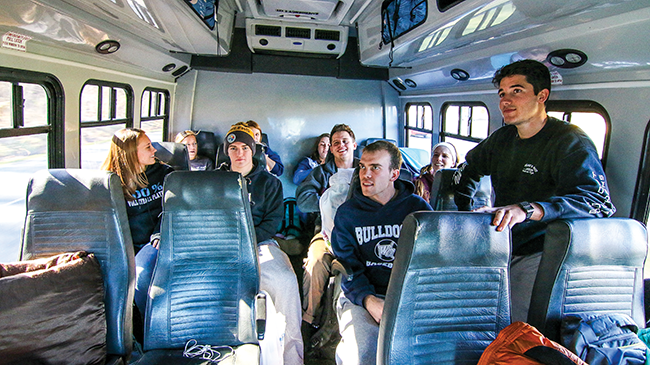 Travel — Liberty students gave up part of their winter breaks to serve those who had been affected by a tornado that recently devastated families in Mississippi. Provided

A group from Liberty University packed up and headed south during winter break, but their trip Jan. 6-13 was not to escape the cold and enjoy the beaches along the coast.

Nine students and four Liberty staff from LU Send Now traveled to Ashland, Mississippi to assist local residents in recovering from the damages caused by the tornado that swept through the area just days before Christmas last year.

The team worked alongside homeowners for the week, performing tasks associated with cleaning up.

“Because of the tornado, a lot of trees had fallen down, or if there was anything left of the house, it had just been destroyed,” Kelsey Baker, associate director for the Office of Student Leadership and a team leader for the trip, said. “We would clean up trees to get them out of people’s yards … and pick up belongings.”

Sophomore Thomas Kraft said the team was split into two groups. One of the groups had the chance to work with homeowners whose lakefront house was completely torn apart. 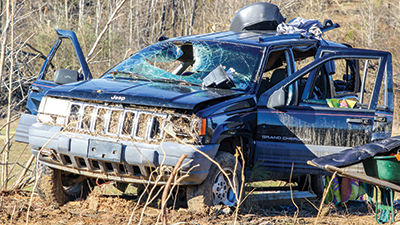 Storm — The tornado left many homes and vehicles damaged. Provided

“It’s crazy to think that you could hear a tornado warning go off and then 10 minutes later while you’re in your closet, your whole house and your whole livelihood and everything you own is just ripped out from underneath you and scattered in the woods miles (away),” Kraft said.

Additionally, Kraft said one of the ways the LU Send Now team was able to help was by searching for valuable items in the areas surrounding the houses.

“If we were at a house with almost nothing left, one of the biggest things we could do would be to take a couple hours and spread out and sift through their belongings that (were) just scattered in the yard around them and try to find something that held value for (the homeowners),” Kraft said. “It was awesome to be able to find things that meant a lot to the homeowners that they thought (they) were never going to see again.”

LU Send Now volunteers followed the guidance of international relief organization Samaritan’s Purse as they assisted the homeowners and helped connect them with a local church. After work was finished for the day, the team would invite the homeowners to the church for a meal.

“We’re not just there to help them physically but also spiritually and mentally as much as we can and love on them every way we can while we’re there, whether it’s for a couple hours or a couple days,” Kraft said. “We were able to show them a little bit of what the hands and feet of Christ look like whether they were believers or not.”

Weston Martin, student development coordinator for LU Send, said disaster relief trips such as the one to Ashland not only benefit those who the team serves but also support the mission of Liberty to train students to serve Christ.

“A lot of times students can get bogged down in the academic part of (school),” Martin said. “But, LU Send Now really puts a walk to the talk and allows the students to engage with other people and allows them to enact their training in physical ways.”

This is the third team LU Send Now has sent out. The first two teams traveled to South Carolina in October 2015 to work with flooding relief. Applications for LU Send Now are currently closed.