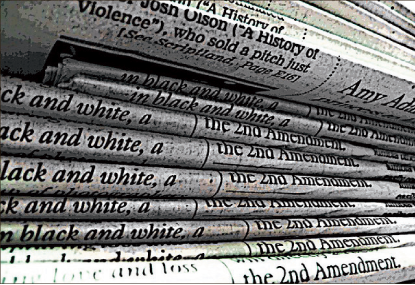 As you thumbed through the latest newspapers or scrolled down the news feeds on your laptop, you probably did not see the name Kermit Gosnell in the headlines until recently. To this point, you still may not even know his name.

Gosnell, a 72-year-old doctor who ran an abortion clinic in Philadelphia, is being prosecuted for hundreds of despicable illegal acts performed in his own clinic. These deeds range from cutting the spinal cords of fully-formed babies in order to kill them after birth to performing abortions on children as young as 15 without the consent of adults.

Most times, I would chastise people for not knowing at least something about Gosnell’s crimes, because it most certainly would have been all over the news, television and Internet. If anything, I would expect people — especially those from a pro-life campus such as ours — to be at least a tad outraged. Headlines — Instead of appearing on the front pages of newspapers where it belonged, Gosnell’s crimes against the unborn went largely uncovered by the media. Maria Cabello, Creative commons

There is only one problem with this story. Until recently, the article has not even made waves in the news media. Not until USA Today ran an editorial asking why this story was not front page news did the world find out who this monster named Gosnell was.

The details are disturbing, to say the least.

One worker said the clinic would “rain fetuses and blood” because of the beheadings — yes, that is the proper word to use for Gosnell’s “snipping” of the spinal cord — performed. Investigators reported that the clinic “smelled of animal urine and feces.” The tiny feet of murdered babies were reportedly kept in jars in the basement, according to law enforcement.

It is hard to believe that crimes like this happen in the world, much less in America. Sometimes, it is just too easy to forget that evil like this actually exists.

But just because you forget that the evil exists does not mean it is not there. The only way to learn from crimes such as these is to report the sad details and hope that we find some somber truth in the tragedy.

For stories such as the Sandy Hook shootings, they create dialogue between people. We may not agree on the action that should take place in terms of gun control, but we are certainly more informed now than we were before the tragedy.

What is our excuse for not hearing about this story, though? Was the murder of innocent children not worthy enough? How is the silencing of newborn babies any different from the killing of kindergartners?

Melvin Mencher, professor emeritus at the Columbian School of Journalism, listed seven different characteristics that make a story newsworthy in his book “News Reporting and Writing.” By my count, Gosnell’s acts of abomination meet at least five of those characteristics: timeliness, impact, conflict, unusualness and currency.

Thankfully, momentum has built since the story in USA Today, and other publications such as Time Magazine have started covering the events of the trial.

Better late then never, I suppose.

The question of whether this story deserved more attention than it received is not a pro-life or pro-choice issue. Those in the field of news reporting are the chief creators in the formulation of our country’s history. We can only learn from our mistakes if those mistakes are actually documented.

As for Gosnell, he had better pray that someone in his trial shows a little bit of compassion.

I doubt he can recognize it. The least we can do is recognize this horror.