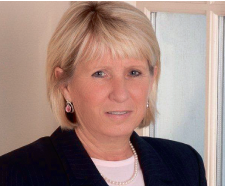 Achieved — Del. Kathy Byron said she and her colleagues held strong and passed the bill in the face of harsh criticism. Photo provided

The bill updates the preexisting Informed Consent law that was championed by then-Delegate McDonnell in 2001. Representing the 22nd District Del. Kathy Byron sponsored the new bill to provide women accurate information before having an abortion.

“Ultrasounds are already standard medical procedure and routinely performed at abortion clinics in Virginia,” Byron said. “However, the abortion doctors withhold the information gained from the ultrasounds from the women. This bill requires the abortion doctor to offer the woman the chance to view the ultrasound and to give her the accurate scientific gestation age of the unborn child.”

Byron said that, with the exception of a medical emergency or miscarriage, the current law requires abortion doctors to inform women about the procedure, including its risks, an estimate of the probable gestational age, and an offer to review materials that describe her unborn child and a list of agencies that offer alternatives to the abortion.

The new bill is intended to use modern technology to provide “an accurate gestation age rather than guessing,” Byron said. The information will be kept in the woman’s medical file at the clinic for seven years.

“I believe this is one of the most important pieces of information that we can provide to the woman considering this decision,” she said. “Many young women have irregular cycles and do not know the exact date of their last menstrual cycle, and this accurate statement will add protection to the health of the mother and the unborn child.”

Opponents of the bill argue that the state cannot force women to have ultrasounds — neglecting to point out that doctors already perform them prior to the procedure, Byron said. There are three main types of procedures: medicinal abortions with the chemical RU486, “which requires an ultrasound before and after the abortion to ensure they aborted the child,” manual and vacuum abortions.

One of the main points of contention was to the requirement of transvaginal ultrasounds, which are necessary at the earliest stages of pregnancy when abdominal ultrasounds are ineffective. The bill was altered to make them optional.

“Abortion doctors perform ultrasounds as standard medical practice for several reasons: most importantly, it assists in locating the child in the uterus and also determines if the child is an ectopic pregnancy, which can be life-threatening or to determine whether there are multiple babies, or maybe even none because of a false test result,” Byron said.

Byron and other lawmakers have faced harsh criticism from opponents of the bill. While the discussions are always “cordial, civil and respectful” in the Council Chamber — regardless of members’ sometimes intense debates — Byron and fellow delegates have been “subjected to vile, crude, disrespectful and frequently obscene messages from those who disagree with our position,” she said.

“These individuals … are voices of extremism,” Byron said. “They left vile phone messages, sent obscene emails and letters. They have suggested quite casually methods by which we should die.”

Some members of the national media encouraged and “cheered on” her opponents, feeding a “steady diet of misinformation that is not constrained by the facts,” Byron said.

“I am reminded by the hateful Facebook and Twitter accounts initiated in my name that those who stand up for their beliefs and the values of those they are entrusted to serve are often hated and ridiculed,” she said. “I am pleased, in spite of this criticism, that members of the House and Senate have stood to provide all the information available to protect the health of the women and those voiceless unborn children before making this life-changing decision.”