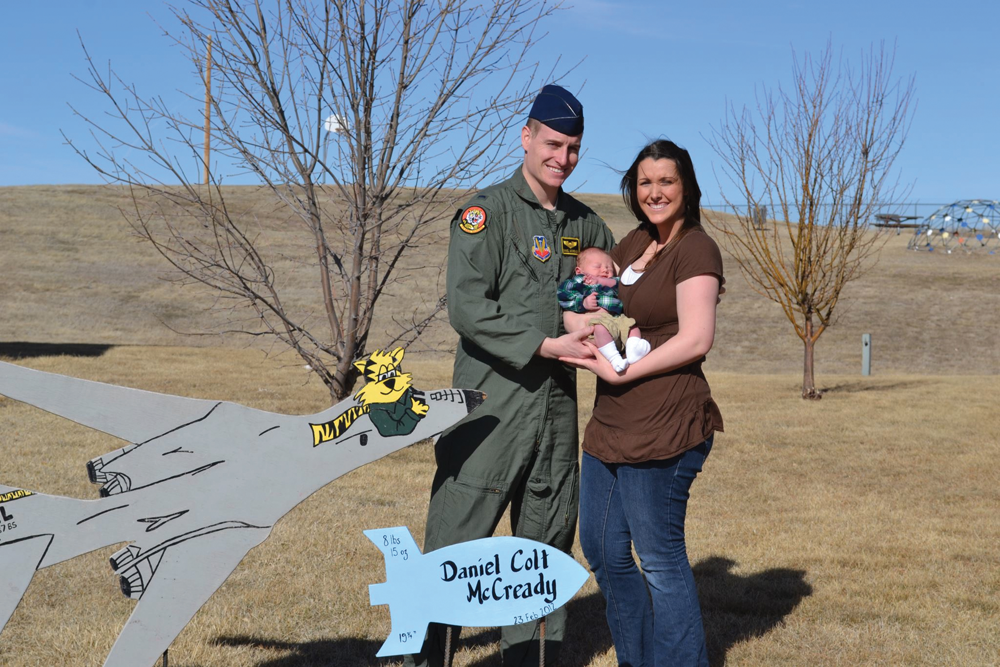 For many students, graduation marks the end of their formal education. For 1st Lt. Dan McCready, his graduation from Liberty University began three and a half years of intense training to become an Air Force pilot. “This is a weed-out program of sorts,” McCready said. “They get a first look at whether or not they feel you will be able to complete pilot training. If you don’t make the cut, they will find you another career.”

Following IFS and the other programs, he jumped straight into pilot training — a three-phase program crammed into one year. Students transition through academic courses, flight courses in the T-6 Texan II and finally into one of three specialized aircraft based on the their scores in the first two phases.

“I went to ENJJPT (Euro-NATO Joint Jet Pilot Training), so the rules are a little bit different because we follow a different syllabus than the other bases — the program is designed for training fighter/bomber pilots,” McCready said.

ENJJPT is a training program reserved for the top pilot trainees from the U.S. Air Force and its NATO allies. Course instructors are also selected from the officer ranks of U.S. and NATO air forces, according to the Air Education and Training Command (AETC) factsheet.

Lancer — The B1-B Lancer McCready flies is a supersonic heavy bomber developed during the Cold War. The wings "swing" back and forth to allow for either greater lift or speed. U.S. Air Force photo

“The year of pilot training was hands-down the most difficult year of my life,” McCready said. “Imagine trying to cram a four-year degree plus a master’s into one year. It’s very much a sink or swim program.”

Finally, McCready was able to conduct his eight-month Initial Qualification in the B-1B Lancer supersonic heavy bomber. He said B-1s have been flying non-stop missions in the Middle East since Sept. 11, 2001.

“We bring a massive hammer to the fight and take pride in performing a role in protecting America’s military overseas through our superior close-air-support role,” McCready said. “…The jet is amazing — flying supersonic 500 feet above the ground is absolutely incredible. The jet is a great platform that the Air Force utilizes to ensure our men and women on the ground make it home to their families.”

McCready was able to pass his final Mission Qualification in only three months to participate in Red Flag — a multi-national, advanced air combat training exercise against mock-enemy “Aggressor” squadrons — with his new squadron.

Now a full-fledged Air Force pilot, McCready is stationed at Ellsworth AFB, S.D. with the 37th Bomb Squadron. He arrived too late to take part in the Libya campaign in spring 2011, but he said he is proud to be a part of a unit with a rich history dating back through both World Wars.

“My squadron flew the Doolittle Raid,” he said. “We are one of a few squadrons in the Air Force who have participated in every conflict since its inception.”

Even after completing all of his training, McCready has a busy schedule as he and his wife Meagan had their first baby, Daniel Colt McCready, in February. The military is willing to work with him and his family, however, including allowing two weeks off for the new baby.

“As far as flight time and family, it’s like almost anything — it just requires balance,” Dan McCready said. “You have to prioritize things in your life. My family comes before work, and my squadron has been awesome about prioritizing families first.”