Professor J.J. Cole, a sociology and psychology professor at Liberty University, is a teacher who uses the classroom as a vehicle for ministry. Born into a Christian home and raised as a Southern Baptist, Cole spent most of her childhood traveling from place to place. Cole’s family was required to move every three years, since her father was in the […]

END_OF_DOCUMENT_TOKEN_TO_BE_REPLACED

As Liberty University celebrates 42 years of “Training Champions for Christ,” the pro-life community mourns 40 years of lives lost. Roe v. Wade, legislature that “held unduly restrictive state regulation of abortion to be unconstitutional,” according to Britannica, was passed in 1973. Though the 2012 figures have not been released, according to the Virginia Department of Health, there were 25,404 […]

END_OF_DOCUMENT_TOKEN_TO_BE_REPLACED 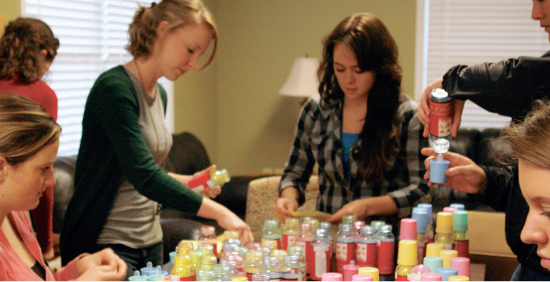 Start flipping those couch cushions and digging through the floorboards of your car to find spare change for the Baby Bottle Campaign, which kicked off Oct. 12. The Baby Bottle Campaign is an annual campus wide fundraiser hosted by the Liberty Godparent Home. During the campaign, Liberty students and faculty are given baby bottles to fill with change, bills or […]