Between 20-30 Liberty University students organized a #MeToo and LGBTQ+ demonstration on Liberty’s campus March 6 in response to comments made by President Jerry Falwell Jr., Becki Falwell and Donald Trump Jr. at CPAC March 1.  Some Liberty students and members of the community believe these comments to be transphobic and offensive to sexual assault victims. While some protested the […]

END_OF_DOCUMENT_TOKEN_TO_BE_REPLACED

Liberty University brings in veterans and political speakers for conference

Actor Gary Sinise, who played Lieutenant Dan in “Forrest Gump,” fought back tears as he expressed his gratitude for veterans and active military during the Conservative Political Action Conference (CPAC) March 1 in the Vines Center at Liberty University. “God bless our service members,” Sinise said after a long pause. “We could never do enough for the men and women […]

END_OF_DOCUMENT_TOKEN_TO_BE_REPLACED 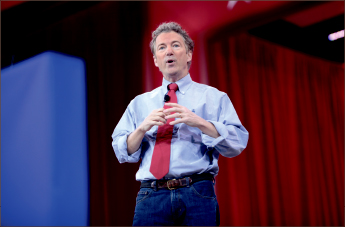