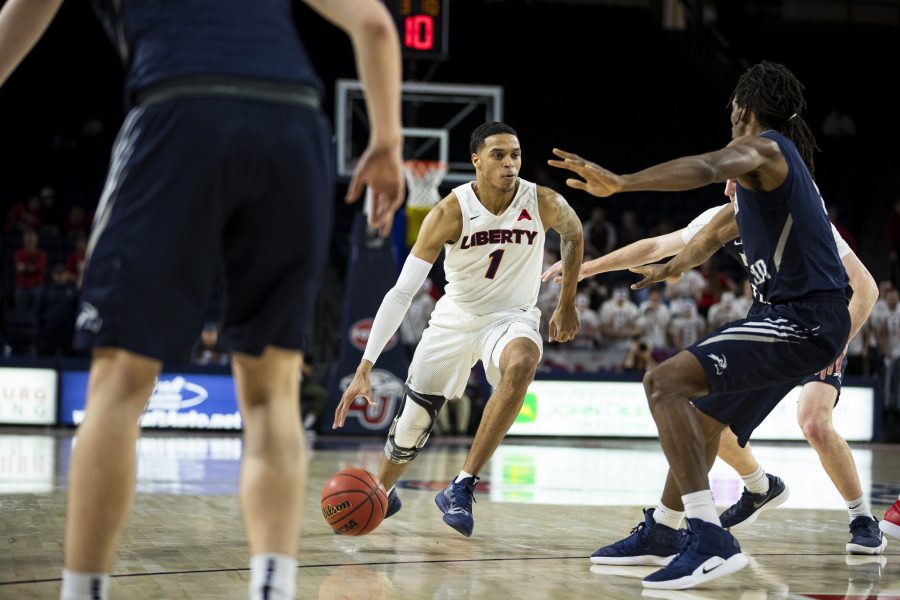 History was made in the Vines Center as Liberty junior guard Georgie Pacheco-Ortiz dribbled the ball down the court and came to a stop. The cheers from the 2,319 students and fans in attendance were deafening as, for the second year in a row, the Liberty Flames men’s basketball team advanced to a conference final championship game. The Liberty Flames […]

END_OF_DOCUMENT_TOKEN_TO_BE_REPLACED

The Liberty Flames basketball team made history Monday evening, March 4, as they defeated Jacksonville University in the Atlantic Sun championship quarterfinals game. Despite a lower attendance than normal, the 1,738 students and fans were loud and active in the Vines Center. The win was the Flames first ever ASUN championship win as they took down the Dolphins 72-58, led […]