Opinion: Someone’s Religious Beliefs Should Not Disqualify Them From a Position 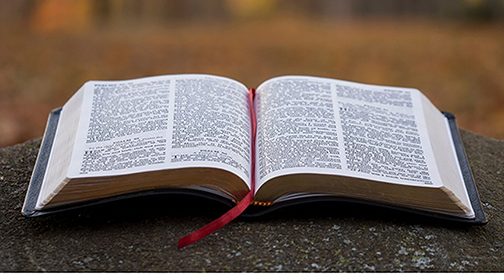 Although Christians typically define faith as “the substance of things hoped for and the evidence of things not seen” (Hebrews 11:1), the dictionary defines faith as “a system of religious belief.” Typically, a devout Hindu, Christian and Muslim would all be considered individuals of faith. Not because they share the same faith, but rather because in some way, shape or form, they all hold to some kind of religious belief.

Whether or not there is one true faith, which I personally believe to be Christianity, is not the topic at hand here. Instead, it is whether or not your personal faith should be able to disqualify you as a competent professional or government official. When it comes to the Christian faith in particular, the incorrect notion that “being a Christians means ceasing to be an intellectual” has become increasingly popular, according to RZIM. People associate Christianity with intolerance and ignorance.

In 2014, Time Magazine reported that liberals were appalled when Mike Huckabee suggested that more conservative individuals who profess the Christian faith should be in government and that atheists shouldn’t. Now that Amy Coney Barrett is being considered as a Supreme Court Justice, many Democrats in office reject the idea because of her strong Catholic faith. If it was appalling that atheists would be disqualified from the job because of their unbelief in God, isn’t it equally appalling to disqualify those that do believe?

Ever since the nomination, the Daily Signal website reports that Barrett and her family have faced unending backlash and attack over their faith. Comedian Bill Maher went as far as calling her a “––– nut,” Senator Dianne Feinstein said, “The dogma lives loudly within you,” saying she was skeptical about her ability to make sound decisions and Hawaii Sen. Mazie Hirono referred to her as “unfit to serve” as a Supreme Court Justice because of her personal beliefs. Hirono also questioned “whether her closely-held views can be separated from her ability to make objective, fair decisions.” Regardless, Barrett has consistently stated that she strongly believes personal religious convictions should not interfere with the law, but rather that the law should be defined by the Constitution.

Jennifer A. Frey, a Roman Catholic professor, wrote a piece for USA Today that addressed the issues behind attacks on Barrett’s faith. According to the article, not only does society hold women of faith to a certain standard, but also how these attacks are rarely applied to men.

“Barrett’s nomination raises a question: Why is a highly educated, professionally successful, Catholic mother of a large family so threatening?” Frey asked. “I think part of the reason is that, according to the prevailing cultural narrative, we are not supposed to exist.”

Frey went on to talk about her husband, who is also Catholic and a philosopher, has never been seen as unfit for professional or academic roles because of his beliefs. If we go to politics, we can observe that a similar pattern is followed. Vice President Joe Biden calls himself a Catholic, and yet has never been labeled as unsuited for his role in government. The same goes for President Barack Obama, who claims to be a Christian, but is praised by liberals all across America despite that connection.

It seems to me that faith only becomes a problem when it goes against the left’s agenda. When someone’s faith poses a possible threat to liberal policies, then it is condemned and attacked. However, when someone’s faith does not seem to affect the latter, it is applauded and respected.