Opinion: Protests are not the Only Reason NBA Ratings are Failing 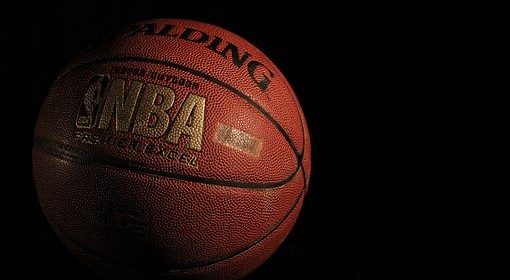 Sports, more so than possibly any media product, is the most unifying and symbolic piece of American culture. Throughout American history, the teams and athletes, the victories and failures, the spectacle and the drama all serve as a mirror of the American psyche. Americans often fall into the temptation to interpret political events through the lens of sports and vice versa, and 2020 is no different. As is typical of this year, stories about the NBA’s historically low ratings almost immediately turned political.

From the time San Francisco 49ers quarterback Colin Kaepernick first knelt during the National Anthem in 2016 to the NBA Finals where the Lakers knelt arm-in-arm in solidarity with victims of police brutality, the relationship between athletes and their activism took center stage.

A recent Harris poll found that the number one reason NBA fans said they aren’t watching as much basketball as they once did was due to “the league [becoming] too political.” The events of this year related to police brutality clearly had an effect on those within the NBA bubble, and in turn they voiced their opinions through Black Lives Matter shirts, public statements and even murals on the court. While it may be politically expedient for some to solely blame the activism within the NBA as the reason for its decline in ratings, it’s also important to consider other factors.

Basketball does not stand alone in its failure to drum up the same audience as in previous years. According to Yahoo! Sports, football, hockey and baseball all saw a decrease in national ratings. Surprisingly, the only two sports that have either remained unchanged or increased ratings are NASCAR and golf. Part of the reason, according to Will Leitch of New York Magazine, is NASCAR and golf’s ability to handle the pandemic without tarnishing the viewing experience. Viewers who tune into an NBA game will encounter a Zoom audience with computer-generated cheers, creating a rather uncanny viewing experience. In fact, in the same Harris poll mentioned before, the second reason given for why fans did not watch as much basketball was because it was “boring without the fans.” Unfortunately, this unavoidable uncanny valley in viewer numbers could be our new normal for the foreseeable future.

For many, sports serve as a diversion from the commotion of daily life. Unfortunately, the downside of keeping the competitions as safe and healthy as possible is that the viewers simply cannot ignore the presence of the pandemic. Other forms of entertainment like films, television shows, games, books or any number of hobbies work more effectively as distractions than sports in their current state. This may explain why NASCAR and golf seem to thrive in 2020. The nature of those sports renders the pandemic almost irrelevant in the way they are presented to a television audience. With easy social distancing and no need for a crowd for hype, these sports lend themselves to ride out the pandemic virtually unchanged.

Americans have a lot on their plate at the moment, which leaves only a few precious hours to block it all out and enjoy their pastime of choice. While high-profile demonstrations may deter some from the NBA, the ratings drop cannot be solely placed at the feet of the activists.