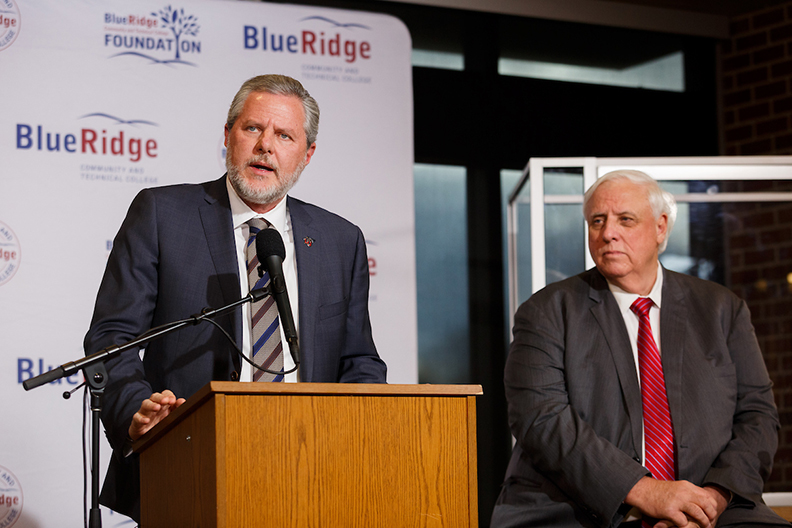 Since taking control of Virginia’s government for the first time in 26 years in November, Virginia Democrats are making good on their pledge for stricter restrictions on guns, looser restrictions on abortions and more mandates to normalize LGBTQ+ culture in schools.

“What’s happening in Virginia right now is a tragedy in the making,” Falwell said, per Liberty News. “Democratic leaders in Richmond, through their elitism and radicalism, have left a nearly unrecognizable state in their wake.”

Virginia county residents have started petitions calling for their counties to answer the call to secede, which has been named “VEXIT.” Rick Boyer, a Campbell County resident and attorney, attended several gun shows around the state, hoping to receive signatures of support.

“Folks who are concerned with our Second Amendment rights are probably the most motivated, the most mobilized, and the most afraid of what plans our governor and legislature have,” Boyer said in an interview with WSLS. “This is not a show. This is not politicians talking. This is the voice of old Virginia.”

The Virginia House passed seven gun bills Thursday, Jan. 30, that include a variety of topics that had previously failed to make their way through the system when Republicans controlled the state. The bills cover topics such as universal background checks, limiting handgun purchases to once a month and a red flag law that allows authorities to confiscate guns from people deemed dangerous. These bills passed a week after thousands of Second Amendment supporters gathered at the State Capitol to protest potential infringement of their rights.

“They are using their power to strip away the God-given rights held by every person in the state, despite their protections under the U.S. Constitution,” Falwell said, per Liberty News. “The threat from the radical left is real and is spreading across our country and tearing our national family apart at the seams.”

Justice, who is currently running for reelection, invited anyone from anywhere in the United States to join West Virginia if they feel unsupported by their states.

“If you’re not truly happy where you are, we stand with open arms to take you from Virginia or anywhere where you may be,” Justice said, per the Washington Times. “We stand strongly behind the Second Amendment and we stand strongly for the unborn.”

The idea of counties joining West Virginia drew criticism from Virginia politicians, with Virginia Senate Majority Leader Dick Saslaw stating in an article in the Richmond Times-Dispatch that the idea was “preposterous” and that West Virginia had difficulty taking care of its own problems.