Opinion: Star Wars fans can expect a spectacular ending to the last trilogy of the saga 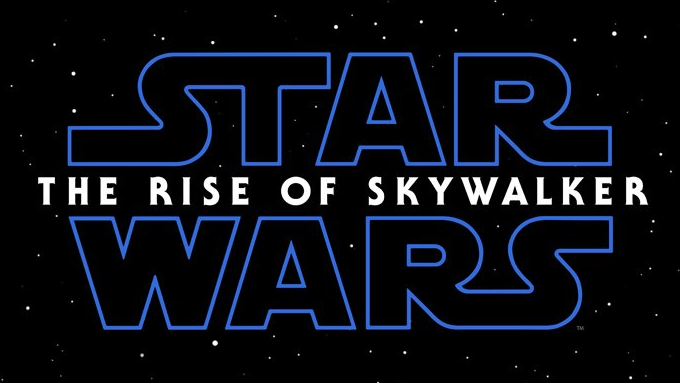 Bringing a movie series to an end is the most difficult task a film director faces. That difficulty multiplies exponentially with the high-pressure circumstances of closing out perhaps the greatest movie franchise in history. That is to say: J.J. Abrams has his work cut out for him with “Star Wars: Rise of Skywalker,” debuting Dec. 20.

In 2019 two of the most popular franchises in history concluded – HBO’s “Game of Thrones” and Marvel’s “Avengers: Endgame.” The latter proved to be a spectacular finale of an almost 20-movie saga, and left fans largely satisfied with the sacrifice of a primary character and the resolution of the Infinity Stones plotline.  Audiences met the former, an attempt to conclude a book series that George R.R. Martin has not finished writing, with mixed reactions, leaving many fans unhappy with who sat on the Iron Throne.

Now Star Wars, the second largest movie franchise in worldwide history, will close its nine-episode saga. Second only to Marvel in worldwide gross, Star Wars has generated over $9 trillion in its 42 years of existence.

Since Disney bought the franchise in 2012, five movies and one television show, “The Mandalorian,” have been released. “Rise of Skywalker” looks to close out the episode series, with Abrams attempting to build on George Lucas’ defining work in the original six episodes.

Abrams is no stranger to Star Wars, having previously directed Episode VII, “The Force Awakens.” Abrams did not expect to come back for the finale, which was intended to be written and directed by Colin Trevorrow. Trevorrow was eventually replaced by Abrams, who will conclude the trilogy with the help of writer Chris Terrio, who won an Oscar for writing “Argo” in 2012.

While the latest trilogy introduced new characters to the franchise, like Rey (Daisy Ridley) and Kylo Ren (Adam Driver), its greatest appeal has been returning fans to the nostalgia of the original trilogy, with characters like Han Solo (Harrison Ford), Luke Skywalker (Mark Hamill) and Leia Organa (Carrie Fisher).

With both Fisher and Hamill on the cast list for “Rise of Skywalker,” fans should look for Skywalker to return in ghost form, as many former Jedi have. Due to the passing of Carrie Fisher in 2017, her character will return only with archival footage shot from the production of the previous two episodes.

Trailers have also hinted at the return of two other original characters, with Billy Dee Williams set to return as the ever-wandering, high-flying gangster Lando Calrissian.

With nothing but a laugh at the end of the teaser, Ian McDiarmid sent the Star Wars world into a frenzy at the idea of McDiarmid’s character, Emperor Palpatine, returning in “Rise of Skywalker.” It was later confirmed that Palpatine will play a role in the film, his seventh appearance in the nine episodes, the most of any character in the franchise.

Despite being slightly less popular than the original trilogy among fans and critics, the newest trilogy does have the highest box office records of any Star Wars movie, due in large part to the marketing power of Disney and the fanbase willing to consume anything with the Star Wars name attached to it.

“The Mandalorian,” a TV series set between Episodes VI and VII, has already begun on Disney’s new streaming service, Disney+, and an Obi-Wan Kenobi series starring Ewan McGregor is set to begin production in 2020. Additionally, Disney and Episode VIII director Rian Johnson have agreed on a brand-new trilogy, set in a different part of the galaxy with different characters.

But for now, Disney CEO Bob Iger has confirmed that the franchise will go “into a hiatus for a few years.” “Rise of Skywalker” will be the last taste of Star Wars that fans get for a while and will certainly be the end of the Skywalker saga.

When fans take their seats and are transported “a long time ago, in a galaxy far, far away…” they will say goodbye to the characters who defined four decades of the franchise. But George Lucas’ galaxy remains largely untraveled, with characters yet undiscovered. If fans want more Star Wars, Disney will provide it.

The saga will end. The story lives forever.