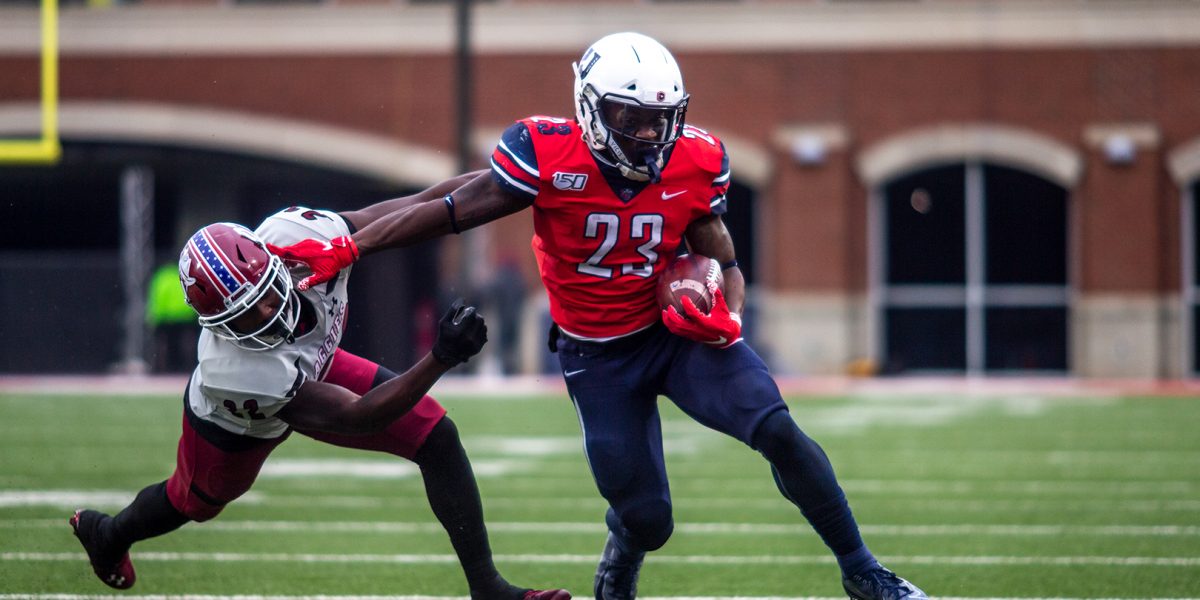 There are currently 79 bowl-eligible teams available to fill 78 bowl spots for games in December and January. Liberty University is one of them.

In their final home game of the season, the Flames beat New Mexico State for the second time this season, 49-28.

Coming off a stinging 55-27 loss at the University of Virginia, Flames Head Coach Hugh Freeze decided to be more of a calming influence on his players entering one of the program’s most significant games in school history.

“I think I made a mistake last week,” Freeze said. “I think our team was not ready for me to make so much of last game last week, and tonight I kind of approached it differently.”

Freeze’s offensive strategy focused on balance this week, and that concept was obvious in the team’s free-flowing rhythm, finishing the evening with close to 500 yards, 317 of them rushing yards.

Despite relying on senior quarterback Stephen Buckshot Calvert and soon-to-be Senior Bowl participant Antonio Gandy-Golden for much of the season, Saturday’s game plan relied on the running backs to generate the offensive attack.

Liberty’s historic victory was led by senior running back Frankie Hickson who bulldozed his way to almost 200 rushing yards and four touchdowns. The Calvert-Gandy-Golden connection contributed less than 30 yards, but that ended up not being a problem as Freeze’s offense totaled enough points to blow past the bewildered Aggie defense.

The Flames will have to wait until Dec. 6, after the week of conference championships, to find out if they will receive an invite to a bowl game. If they do, Flames fans will get to see their seniors suit up for Liberty one last time.