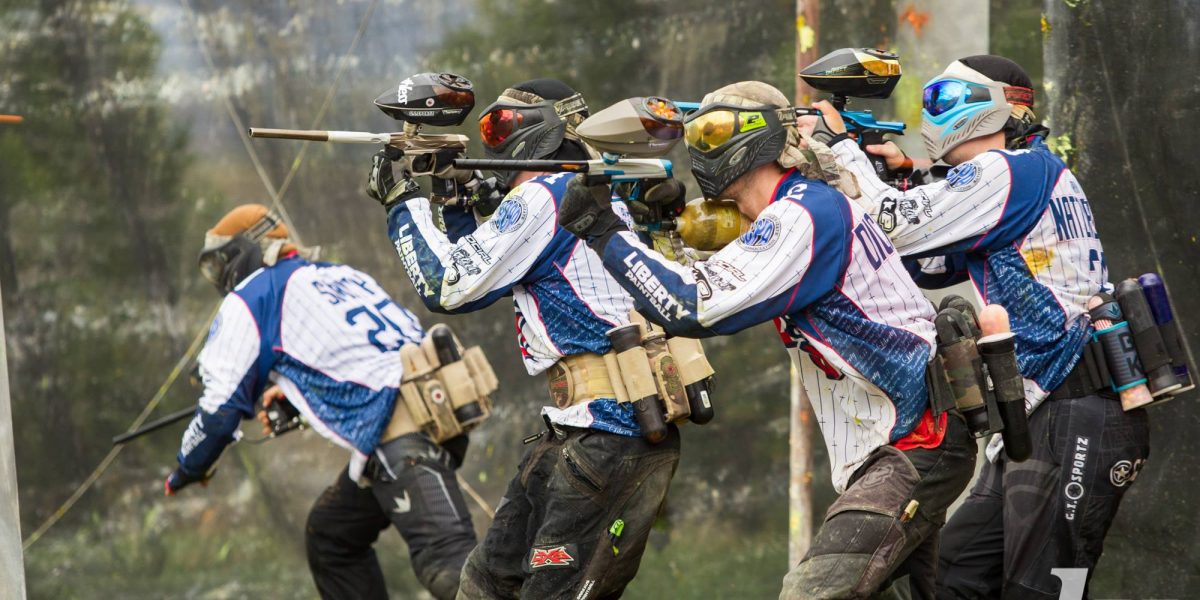 Collegiate paintball remains outside the knowledge of most sports fans. However, Kyle Babb, a first-year assistant coach for Liberty’s club paintball team, gives perhaps the best summary of paintball for those unfamiliar with the sport.

“It’s a game of chess with guns,” Babb said.

For most of the past decade, the Flames have mastered the collegiate scene and regularly challenged for the National Collegiate Paintball Association title. The Flames have reached the national semifinals for eight consecutive years, winning the title in 2018, but fell short of successfully defending their national title with a loss to Drexel University in the semifinals last season.

This season, the Flames will encounter fresh challenges. Nearly half of the players on the 12-man roster have no previous experience with collegiate paintball. Furthermore, difference makers such as Zach Moore, Corbin Ryan, Austin Larson and Babb (who played on the team last season) have graduated, leaving the Flames with a lack of squad depth.

However, senior captain Joshua Montanari said that he is encouraged by what he sees so far in the young squad and relishes the chance to lead the newcomers.

“They are all willing to learn, which is the most important thing, and they’re all relatively athletic,” Montanari said. “I’m trying to be approachable, and I don’t want people to see me as elevated in any way. I’m trying to be a personable friend to talk to, while also trying to lead the team in the right direction.”

But Montanari said that the newcomers still have much to learn on the mechanical side of paintball. The staff will focus on developing their skillset in skills such as shooting with their left hands, making quick, low shots from behind obstacles (known as snap-shooting), and shooting accurately on the move.

Furthermore, Babb wants to implement a new philosophy to the Flames attack.

“In the past, Liberty has been bad about being a very aggressive team,” Babb said. “We want to get into the mentality of, ‘If no one is shooting at me, I need to move,’ and continuing to be pressing on the field and be putting pressure on the other team.”

Despite the steep learning curve the Flames must overcome, Babb also said that the strong and developing team camaraderie will pay dividends for the Flames as the season progresses.

“Everybody gets along, everyone is working together,” Babb said. “It’s not so much survival of the fittest – even the lower-tier guys are seeing stuff and helping the higher-tier guys. Everyone is trying to polish each
other out.”

The Flames participated in their first action of the season in the Eastern Paintball League East Coast Cup Sep. 29 in Chesapeake City, Maryland. Even though the Flames finished third to last in the 40-team tournament, Babb was not disappointed by the outcome.

“Most of the guys didn’t know how the format worked, so it was a lot of learning and figuring out how things worked,” Babb said. “We went in thinking, ‘This will be a great learning experience,’ so we can give them a glimpse of what is really important, which is nationals.”

Even with a crop of new players trying to develop the necessary skillsets to compete, Montanari and Babb believe the Flames can stretch their semifinal streak to nine in a row.

“It’s going to take a lot of work and grinding to maintain that status, but it’s definitely possible,” Montanari said.

“If we can get a strong foundation of how to play paintball, then we can start teaching the technical side of things that will set them apart,” Babb said.