A new ramen and sushi restaurant opens in downtown Lynchburg 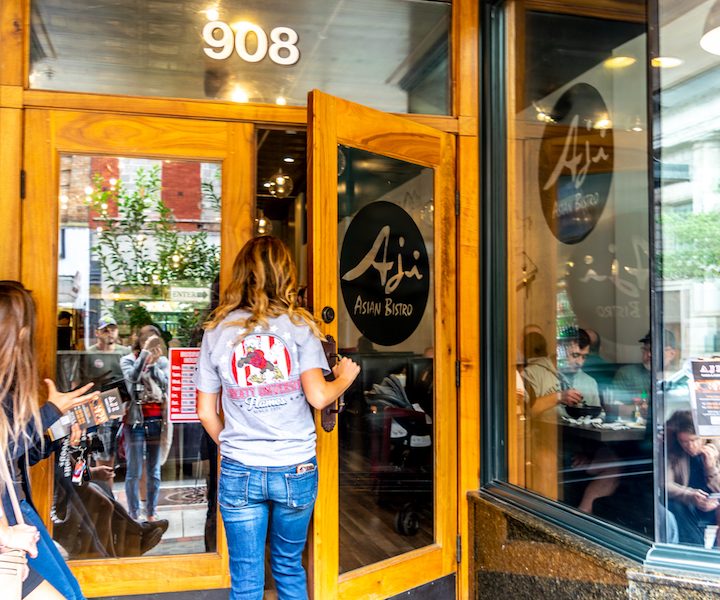 Lovers of sushi and ramen should check out AJI Ramen and Sushi, a new restaurant in downtown Lynchburg. The new dining option is nestled on Main Street and provides casual dining in an atmosphere that matches the cuisine.

Booths, a counter and upstairs seating provide plenty of room for the lunch and dinner crowds. Owner and manager Xian Jin Wu, also known as Eric, says the restaurant has done well since its opening in August and is currently open six days a week. Wu is toying with the idea of staying open every day.

Wu recommends the spring rolls, fried oysters, and seafood lo mein. The menu is open to being updated, as Wu pays attention to what sells well and will cater the options around what customers enjoy the most.

Wu has been a cook since coming to America at age 19. He has worked in many restaurants before opening his own.

“I have been working in different restaurants, all kinds of restaurants,” Wu said. “I sometimes just wanted to have my own … There is nothing like this kind of Asian cuisine restaurant around here in the downtown neighborhood. I want to bring something that provides an exciting moment.”

When he purchased the space, Wu said he wanted to remodel to make the style match the cuisine. Paintings of sushi cooks preparing and creating food decorate the restaurant walls.

Wu believes people should try out his restaurant because they should taste a variety of cultures.

“Life is short,” Wu said.  “You should try something different all lifelong. All kinds of food in the world, see how Asians, American food (and) French
(food tastes).”

“It is multiple choices for the people that already want (this type of cuisine),” Mia said. “We have teriyaki, sushi, ramen, all different stuff. It is food for all the people, it is not just a sushi store where they only have sushi, it’s all different foods. People always select something new. New fashion for each year, new clothes, the same is with food. People do that too.”

Wu said there were challenges prior to opening the restaurant, and he is facing new challenges currently as he works to gain more employees.

“It is a career; it is a good thing,” Wu said. “Right now it is hard, but I think it is going to be alright once I get the right people.”

When the restaurant is particularly busy, he helps cook in the kitchen and is currently hiring. He says those interested in training to be a cook, cutting vegetables or being dish washers should stop by to apply.