My world upside down 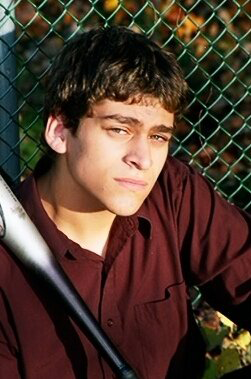 “This story is about an event that would change my outlook on life forever,” wrote a 17-year-old Andrew Claudio in his graduating class school memoir. “On that day, I felt that everything that I stood for, everything that I believed in, and everything I put my trust in no longer existed.” Through my eyes — Long Island native Andrew Claudio can remember the day his world froze, wondering what would happen to his family. Photo provided

Claudio was only thirteen years old when the hijacked planes flew into the World Trade Center, Sept. 11, 2001. Four years later, in his memoir, he detailed his account of the national tragedy, and now, 10 years after the event, the memory of the attack is still vivid.

“It’s weird the things I remember about that day,” Claudio said. “I remember the New York Giants played in Monday Night football the night before. I remember staying up late with my dad and watching the game, and I (looking back) took it for granted the fact that I could sit and watch a football game with my dad.”

That morning, Claudio could remember wandering the halls of Smithtown Christian School, pausing by the door of the auditorium to hear the sound of a television broadcast.

“I walked in and I saw the first tower collapse,” Claudio said.

Before long, he and his classmates were ordered to a mandatory assembly where they sat in shock and tears as they heard their school pastor give the announcement that there had been an attack. The rest of the day was a blur, watching broadcasts and hearing interviews as the world watched, again and again, the planes hit and billows of debris fall as the towers collapsed.

“I think the strangest thing about the day that I remember was that it didn’t seem real,” Claudio said. “The towers were such a part of the skyline.”

Claudio, now a senior Communications Broadcast major at Liberty University, grew up in Long Island, New York and can vividly remember the panic and fear of that day.

“I saw kids that knew where their parents were and how they were breaking down,” Claudio said. “I sat in that assembly and all I could think was “where is my family?”

Claudio’s father had worked in the Twin Towers prior to the attack but had been let go of his job only one month before the attack.

“He had gone for interviews in the towers that month. He said he had been in the towers two weeks before 9/11,” Claudio said. “To this day, my dad says that if he had had his interview that day he might have been in Tower One or Two.”

As Claudio watched the broadcast of the Towers, he couldn’t help but think his dad might be inside.

“I knew he worked in the city and he had said before, ‘I work in the towers. I work in the World Trade Center.’ So all I knew is that my dad works in New York City.”

Though the day was marked with hysteria and tears, Claudio found relief when he heard the news that his dad was safe and he was able to go home.

“I remember pulling up into my driveway and seeing my dad on my front steps waiting for me to get home. He had his work bag still on the steps,” Claudio said. “Before the car even stopped, I opened the door and ran into his arms. I’ll never forget what he said. He said, ‘It’s okay, son, you’re home now.’”

To Claudio, the tragedy of Sept. 11, 2001 united not only his country but his city also.

“There was an outpouring of national patriotism,” Claudio said. “We kind of understood, yes we’ve been knocked down, but we will make it out.”

Though 10 years after tragedy, Claudio will be spending the anniversary of Sept. 11 at Liberty University, his thoughts and his prayers will be with the city he loves and calls home.