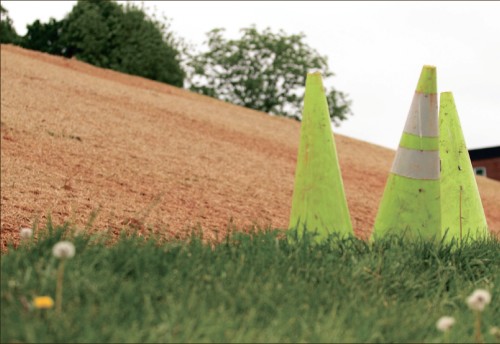 As the 2011 spring semester comes to a close, construction projects continue to propel the university toward the next generation of advancements, according to Chancellor Jerry Falwell, Jr.

As well as projects currently underway, Liberty is also looking into larger projects that may increase the level of the university’s community involvement.

Amidst these projects, Falwell clarified rumors of a Region 2000 Civic Center being built on Liberty University’s property across U.S. 460.

“We wanted to compare the costs of upgrading and adding seats to the Vines Center with the cost of renting a civic center owned by a local government authority for basketball games, hockey games, convocation and other events,” Falwell said. “The first step of that process is a study that determines whether the Lynchburg Region can support a civic center. That study has been completed and the results will be
revealed soon.”

With the construction of the new Welcome Center, the fourth floor of DeMoss, small renovations around campus and the potential new civic center, Liberty’s director of planning and construction, Charles Spence, said the university has found itself in a building year.

“God has provided the resources for Liberty to advance toward the original vision for the university in ways that we never could have dreamed even a few years ago,” Falwell said. “That vision calls for Liberty to train Champions for Christ in world class facilities, with academic excellence, outstanding NCAA division athletics and all the student activities and programs available at any major secular university while remaining true to the university’s roots in Biblical truth and morality and the fundamentals of the Christian faith.”

The newest projects underway include a home for Dr. Elmer Towns and his wife Ruth, which is located on top of Candlers Mountain. The home is expected to be completed by the end of the upcoming summer, according to Spence.

Projects involving field lighting for club sport use, as well as land clearing for future projects have also begun.

“Now, in our 40th anniversary, we have suddenly found ourselves in a position to move toward the fulfillment of that vision in the near term,” Falwell said. “I believe we would be remiss if we failed to use the resources that God has provided to accomplish the mission of Liberty.”