So, I am going to start with the bad news about ending another year at college. The upperclassmen know this, but some of you are about to find this out the hard way. The last year was pretty special. You put in hard work, had great friends, dozens of late nights, and it was good. The hall that you lived on is one you’ll never forget, and your classes will end up being your all-time favorites. But in a few weeks, you’ll go home for summer break and return in the fall. Now, everything will still be here when you get back, but it’ll be a little different. Chick-fil-A will still taste the same, but the familiar smile you’ve come to know, handing you an 8-piece chicken nugget meal on your weekly Tuesday Chick-fil-A lunch will be different. The sophomore you pass every Wednesday in between lab and your 3:00 class, who you don’t know, but over 4 months have built a silent agreement to awkwardly nod every time you pass each other, won’t be there. Even the people you sit next to while watching Sony’s much anticipated Morbius are going to change. So, I’ll say it again, the last year was pretty special.

We’re at that time of year where everyone is buckling down and putting in every last minute into studying for finals. Or maybe you’re more focused on lining up a last-minute internship for the summer. Preparing for adult life is daunting, so it’s easy to forget about your last few weeks on campus.

As someone who has been in your shoes before, I beg you to take these last few weeks seriously. Work hard, study has much as you can, but take a few hours, and let yourself enjoy the precious and special time you have left before summer. Do one more cookout run, host a late-night worship session on the lawn, or go see the film everyone is talking about, Morbius. A movie that critics are calling “somehow the worst movie I’ve ever seen, but not the worst Jared Leto movie I’ve ever seen”.

Or you could simply join us, we are hosting a massive end of the year event in the LaHaye Parking lot, on April 23rd at 5pm. We’ll have carnival rides, food trucks, other departments, live music, ice skating, a DJ, and Gable Price & Friends. The event is called After Party, it is our way of saying thank you for another outstanding year. Student Activities has had such an amazing time reintroducing Coffeehouse, Block Party, Open Mic Nights, Chris Renzema, and more. But we are ending the year with After Party.

The event is going to take place in partnership with “Serve Lynchburg” and all who serve will receive free food at any of our food trucks. Also, seniors look for an email inviting you to come and pick up an exclusive After Party pullover (while supplies last).

This event would not be possible without the help of our premiere sponsors, Coca-Cola, Rookie’s, Domino’s, 90.9 The Light, and Your Event Source. They have come alongside to help us create an event worthy of the name After Party.

So come and let loose. Bring your hall, your friends, a professor or two… we don’t care. We know this last year has been a return to normalcy that was needed by everyone, so let’s end it right. Sure, you could spend Saturday night playing Elden Ring, or throwing back a bucket of popcorn while watching Jared Leto’s Morbius, a film Michael Keaton called “why am I in this?”… but don’t do that. Hang out with us instead. We’ll have cookie sandwiches and mechanical swings. 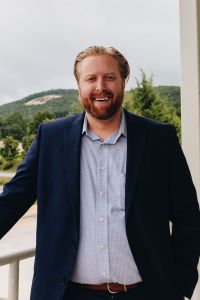