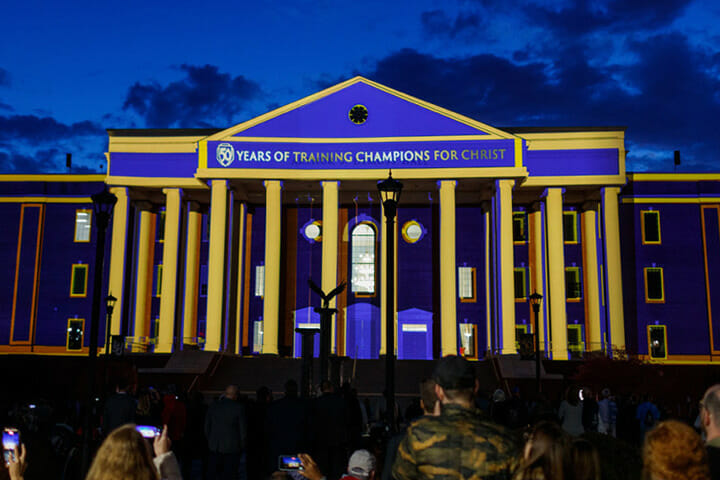 The entire three-story façade of DeMoss Hall at Liberty University was transformed into a video screen on Thursday night as the college debuted a multimedia presentation to celebrate its 50th Anniversary and to explain the vision and purpose for the university — a vision that is still being fulfilled today.

The booming voice of Liberty’s founder, the late Dr. Jerry Falwell, resounded from speakers as images from throughout the school’s 50-year history were projected onto the building, helping to tell the story of the miracle on Liberty Mountain.

The six-minute presentation is narrated by Falwell, using various sermons and speeches he made over the years. It will be shown through Sunday at every hour and half-hour from 8 p.m. until midnight for College For A Weekend guests. During weeknights, it can viewed at 8:30 p.m. and 10:30 p.m.

Watch a video of the celebration on Liberty News.