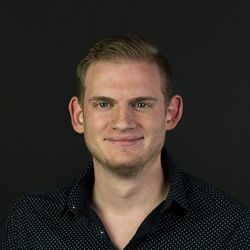 Yes, You Can Play That

Have you ever looked on stage at church and seen a musician standing there, playing their instrument, but not singing? You probably thought it looked odd. It might have even stuck out to you a bit in contrast to the rest of the worship leaders.

Well, I’m one of those guitar players who finds it more distracting to sing and play my instrument than to only play.

When I was in seventh grade and had been playing guitar for roughly two years, a friend of mine told me that I looked like a statue while I was performing at my church. This negatively impacted me, and I was upset with myself that others noticed this outright. But I realized that he was right. There was only inward worship happening, and not outward. While there was nothing wrong with my inward worship, I realized that the Lord has called us all to make a joyful noise.

Then when I was in eleventh grade I took over leadership of my youth band as the lead singer and rhythm guitarist. The audio engineer however put a lot of effects on my voice, to make it sound better, because honestly, I stunk. I was never told that I did not have what it took as a vocalist which made it increasingly difficult to be surrounded by worship leaders and more confusing in understanding my calling.

As the years progressed, I began to understand the call that the Lord had put on my life. I thrive in arranging, producing, behind-the-scenes programming, and band leading. However, I worship best when I am playing electric guitar because I am most comfortable behind the fretboard. From a musical perspective, I have grown a lot since arriving here, but I feel like the bulk of my growth has been spiritual. Learning when it was okay to musically “step-out” and play away from the pocket where the rest of the band is.

I remember a time when I was playing Oceans (Where Feet May Fail) and we had built into the final bridge. I felt the Spirit was moving and as the vocalist moved higher sonically, I also moved higher. Between the vocalist and myself, we both were able to worship in our respective lanes but also bring others into the presence of the Lord. This was possible because of both musical preparation and spiritual preparation. Musical preparation allows me to not have to think about what I’m playing. Spiritual preparation allows for freedom in worship and while sin is present, the heart and mind are clouded. By putting time practicing, preparing, and always developing my craft I can arrive at a venue ready to worship freely.

Musical preparation allows me to not have to think about what I’m playing. By putting time practicing, preparing, and always developing my craft I can arrive at a venue ready to worship freely.

Spiritual preparation allows for freedom in worship and while sin is present, the heart and mind are clouded.

Without humility, Christ will humble us in whatever way he sees fit. On past occasions, my heart has been focused on showing off, playing for a girlfriend, or just not on glorifying Him. God has humbled me time and time again by causing me to play a wrong note, miss the intro of a song, or drop my guitar during a prayer.

My overall point is, leading worship comes in many forms. Personally, mine is through playing guitar. The outward showing of worship may not be as enthusiastic or noticeable while on the platform, but with proper time and energy set aside beforehand, there is an outpouring from the heart through my instrument that is a sweet, sweet song in His ear.